What is a de-esser (and how do I use it for vocals)? 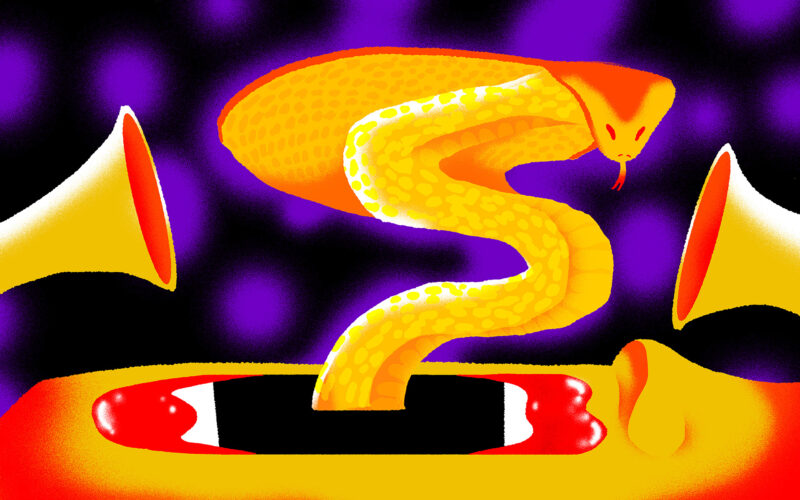 De-essing is an incredibly important part of the vocal production process, and you’ll likely see a de-esser on nine out of ten vocal chains.

Although de-essers may seem like simple “set it and forget it” plugins on the surface, they’re often overused, underutilized, or simply misunderstood. In this article, let’s jump into the basics of de-essing and how you can use a de-esser to take your vocal productions to new heights.

Feel free to use the table of contents below to quickly navigate to a particular section.

De-essing is the process of reducing the volume of sibilance (s’s and t’s, or “esses”) in a vocal recording. A de-esser is a frequency-dependent compressor that identifies the frequencies where sibilance occurs, and reduces them once they become louder than a specified threshold.

Here’s a vocal sample without a de-esser:

Get the sample here.

And here’s the same sample with a de-esser added:

Sibilance is a bright and high-amplitude sound that’s caused by certain consonants like s’s, t’s, d’s, and z’s (also known as “esses”) while speaking, rapping, or singing. The frequency range of sibilance is different for every voice; language, dialect and accent also play a part in how intense or subtle sibilance is on a recording. Harsh sibilance can be the result of the type of microphone used on the recording, the EQ that boosts the brightness or high-mids of a vocal, or just the natural sound of esses that a vocalist has.

Why do you need a de-esser?

A de-esser is best used on a vocal recording where sibilance is loud and prominent, as it makes the vocal less harsh and easier on the listener’s ears. Many professional recordings will feature a de-esser somewhere on the vocal chain.

Even though de-essers are very helpful, you may not always need to use one. Overly harsh sibilance doesn’t always occur on every vocal recording or with every vocalist. Using your ear is incredibly important in deciding whether or not you should use a de-esser. But if the sibilance is bothering you, especially when mixing on headphones, try a de-esser!

De-essers have pretty straightforward and simple parameters, but it takes a lot of experimentation and a tuned ear to use them correctly and get the best result.

How to find the right frequency on a de-esser

The frequency or frequency range parameter on the de-esser is used to identify exactly where the sibilance is that you want to reduce. Some de-essers have a target frequency and the plugin determines how wide the range is, while other de-essers allow you to set the range more precisely.

Although every voice is different, sibilance usually exists in the 2 – 12 kHz range, with the most offensive esses usually happenning around 5 – 8 kHz. Adjust the frequency parameter to pinpoint where the sibilance is occurring on the vocal you’re working with.

Some de-essers have a “listen” function that allows you to isolate or solo the target frequency and fine-tune it to exactly where you prominently hear sibilance. Adjust the frequency to where you hear the esses the loudest.

Plugins like iZotope’s Nectar 3 can scan and automatically identify the precise range of sibilance for you to make this process even easier.

How to set the threshold on a de-esser

A lower threshold on a de-esser will make the plugin more sensitive and reduce more esses. Too low of a threshold could potentially reduce sibilance that isn’t actually a problem for the listener—it can even reduce other sounds in the voice that aren’t very sibilant. Meanwhile, too high of a threshold might not take care of sibilance at all.

Be intentional and use your ear when setting your threshold. Set it to a place where you can see or hear esses being reduced, but nothing more. Your goal is to have some reduction, but not so much that it changes the timbre, diction, or performance of the vocalist. Always take breaks between listens, and if you start to hear the de-esser working too much, bring the threshold up.

How much gain reduction should a de-esser have?

Don’t go too low on the threshold or reduce too much of the sibilant frequencies. Doing so could make your vocal sound dark, or give the vocal an artificial lisp like Daffy Duck or Sylvester the Cat! 3 – 4 dB of gain reduction on a de-esser is pretty normal, and can be up to 10 dB for very loud esses.

Again, use your ears. The de-esser should soften the sharpness of the sibilance, but not be too obvious.

How to use a de-esser plugin

Then, set the threshold to determine how sensitive the de-esser is and at what level you want to start reducing the esses. Adjust the max reduction if you feel like the esses are being reduced too much. Listen back both in solo and in the context of the mix, and adjust accordingly.

Where to put a de-esser in the effects chain

Where your de-esser lands on your vocal chain is often debated and ultimately up to the individual. However, it’s generally recommended to put the de-esser before a compressor and after an EQ. Since de-essers use dynamic changes to identify what needs to be reduced, a compressed vocal could make it harder for the de-esser to work because the peaks of the esses have already been smoothed slightly.

If you’re adding any brightness on an EQ, you also want the de-esser to take that into account when reducing sibilance. Adding an EQ after a de-esser with a boost in the high mids could undo all your de-essing work!

If you find that the de-esser is getting most of your esses but not all, don’t be afraid to automate. It is rare that one de-esser will take care of all of the sibilances in a vocal performance, and automation is common to make sure every harsh ess is taken care of.

Should you de-ess manually?

Because of how unpredictable sibilance can be, some producers and engineers prefer to manually reduce esses in a recording. This is possible by identifying the harsh sibilance in the waveform itself in your DAW, cutting the audio and separating the ess, and reducing the volume with clip gain or a similar process. This process is more time-consuming, but can allow for a more customized and thorough result.

Do you prefer to use de-esser plugins, or reduce sibilance manually? Where does your de-esser come in on your channel strip? Start a conversation with us on the Splice Discord.

Use an industry-leading de-esser alongside other tools and effects for vocal mixing with iZotope’s Nectar 3: 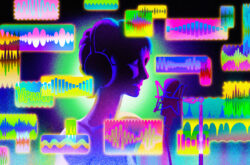 Learn about what vocal comping is and explore 15 tips you can use when recording, selecting takes, and cleaning up to get the best final results possible. 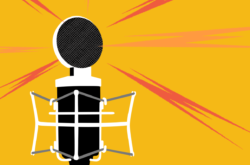 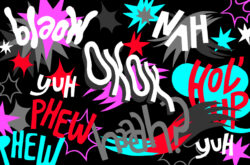 From applying rhythmic delays to experimenting with pitch shifting, we explore four ideas for different ways to process, design, and mix ad-libs.