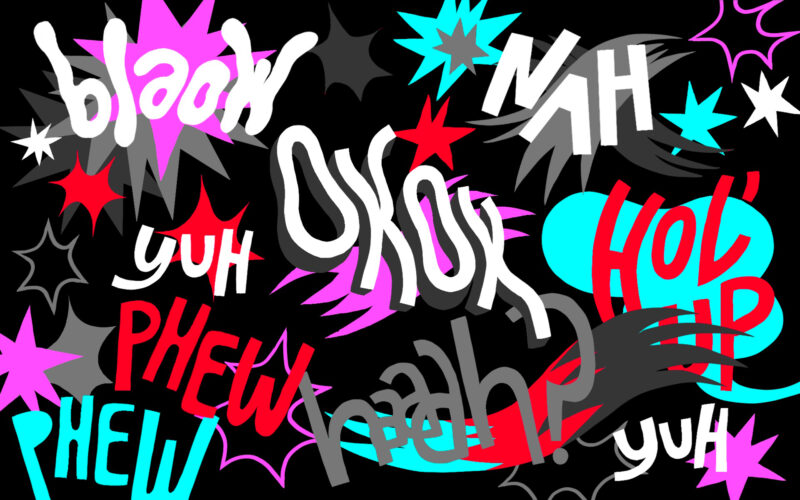 Ad-libs are just plain fun—fun to record, fun to shout along to, and fun to process.

Like cooking with spices instead of just salt and pepper, adding ad-libs to your lead vocal recordings can inject them with new flavor. But just like any good seasoning, you need to mix ad-libs in just right, to make sure they don’t upstage the star of the show (your lead vocals). In this article, we’ll share four ideas for different ways to process, design, and mix ad-libs.

Ah, the good old quarter-note delay—it simply never misses. Adding a quarter-note delay to your ad-libs is a time-honored tradition that introduces instant rhythmic texture. If you’ve worked with vocals before, you’ve probably tried this, since it’s one of the simplest and most effective vocal processing techniques out there.

Here’s a small workflow tip—keep a quarter-note delay in a return track on whatever template you use when working with vocals. There’s a good chance that you’ll want to use it at some point in the project anyway, so why not keep it in your default template? Additionally, using a return track for delay allows you to send multiple signals to the same delay, improving your track’s cohesion and preserving CPU resources.

It might sound counterintuitive to intentionally degrade the quality of your vocals, but with ad-libs we have a little more room for creativity. Processing your ad-libs as though they were spoken through a phone can actually introduce a lot of character and vibe. Processing lead vocals in this way could negatively impact the intelligibility of the lyrics, but since ad-libs are mostly intended to add emphasis and panache, this can work here to great effect.

I love using Native Instruments’ Driver for this; it has an awesome preset called “Telephone Voice” that gets me very close to the sound I’m looking for right away. That said, it’s fairly easy to approximate this sound using built-in effects available in most DAWs. To achieve it, try using a little distortion first—Ableton’s Amp audio effect works nicely, but you can substitute this with your favorite distortion processing unit in whatever DAW you’re using. Then, add an EQ or filter, high passing at around 300 Hz – 500 Hz and low passing around 3 kHz – 5 kHz. This should get you pretty close to an authentic-sounding, distorted telephone effect!

Here’s a little bonus tip. Younger listeners might be less accustomed to the sounds of phone calls than my generation; artifacted audio mimicking lossy digital audio codecs instead might resonate more with the Gen-Z crowd. I love using a Max for Live device called numb.amxd (developed by daywaiter) for this—it’s pay-what-you-want, sounds extremely authentic, and offers both sample rate and bit depth compression. If you’re not an Ableton user, you could also check out Goodhertz’ Lossy, which is also a great (but paid) option.

It’s common practice for engineers to leave lead vocals dead center in the stereo field, where the listener can easily focus their attention. But sometimes, this can leave the mix sounding narrow. We can use our ad-lib processing to our advantage, forming a perfect little bed for the main vocal to rest in, without removing the focus from the lead in the center. There are two main techniques that I use for this: panning and chorus.

Panning really couldn’t be much simpler. When I work with a rapper, I usually try to get at least three tracks’ worth of vocal takes, which can then be layered when mixing to fill out the stereo field. I like to take the best parts of each take and combine them on one channel (this process is known as “comping”), then collect the other takes and combine them into two background vocal channels. Then, I’ll leave the main channel in the middle, and pan the other two slightly to the left and right, turning them down a few dB as well.

This leaves my vocal tracks with a wider stereo image, as well as with increased intelligibility. It’s worth noting that panned tracks grab the ear in headphones, so they don’t need to be as loud to command attention. That means that panning your vocals this way can win you that little bit more of headroom.

If I’ve only got two good channels’ worth of takes to work with, a chorus, ensemble, or doubler effect can work nicely as well. Layer the main vocal channel and the ad-lib channel, and then add your chorus plugin of choice to the ad-libs. This will increase the ear’s focus on the main channel while adding a pleasant width, using just one audio effect.

Even subtle pitch shifting can add a lot to ad-libs. Typically, I don’t want my ad-libs to sound exactly the same as the lead vocals. Usually, the natural variation between takes is enough difference, but sometimes it’s nice to be a little more adventurous. Pitch shifting ad-libs is a fantastic way to differentiate them from your lead vocal, and it can be helpful in a pinch as well.

Sometimes, if I’m working in a genre where more experimental processing is appropriate and I don’t have two good vocal takes, I’ll duplicate my lead and pitch-shift it to use as a layer. Soundtoys’ Little Alterboy is awesome for this. Play around with transposing the vocals up and down, or for a more subtle effect, try shifting the formant only. If it’s still too similar to the lead channel, you can also EQ the channels differently and / or add some distinct time-based effects. Automating Little Alterboy’s parameters can also produce some incredible results—just make sure you don’t accidentally make your ad-libs sound more interesting than the lead channel!

Do you have any tips for processing ad-libs of your own? Let us know in the comments below. 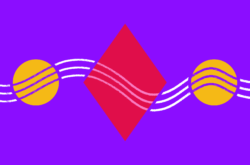 How to create a vocal chain from start to finish

Let’s take a look at how we can use emulation plugins to create a vocal chain that’s both adaptable and affordable. 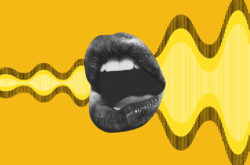 How to apply vocal compression: Techniques, best practices, and more

Explore the when, how, and why you should (or shouldn’t) apply vocal compression. 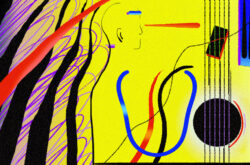 Let’s explore the different qualities and factors that go into determining whether distortion is helping or hurting your music.