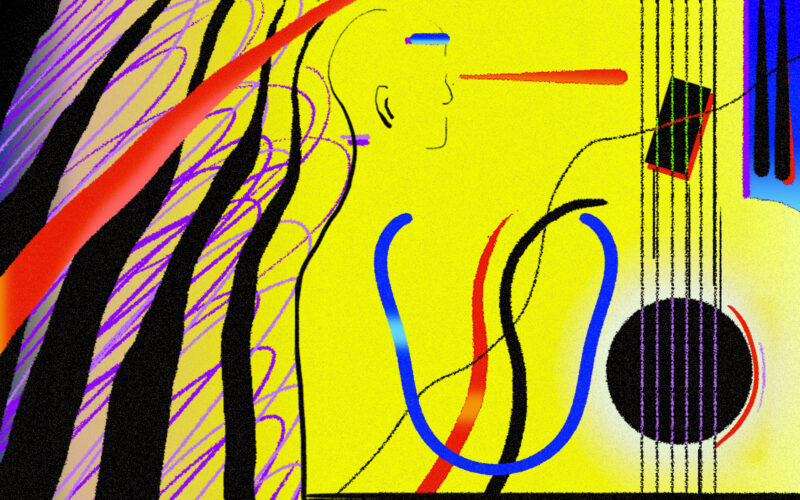 Distortion is an effect that comes with a lot of mixed signals.

When you want to add some bite to your guitar tone, distortion is your best friend, but when it comes to monitoring your output levels, it can be your worst enemy. So what are the differences that separate these? In this article, let’s explore the different factors that go into determining whether distortion is hurting or helping your music.

One type of distortion that’s often considered to be undesirable is clipping, which can happen on analog hardware (on amplifiers, consoles, speakers, etc.) as well as in the digital domain (on places like track, bus, and master outputs). Clipping occurs when the amplitude of a signal is so high that it exceeds the maximum threshold of a system—at which point the system begins to just ‘clip’ off the offending peaks. We may also apply clipping ourselves—knowingly or unknowingly—through the use of tools like limiters.

A sine wave visualized in Logic Pro, without any clipping applied

The same sine wave after clipping is applied—the peaks are flattened, making it feel closer to a square wave in both appearance and sound

There are different variations to this type of distortion, which can be categorized into soft clipping and hard clipping at the highest level. Soft clipping somewhat rounds out the peaks as they push against the threshold, whereas hard clipping unapologetically flattens everything that surpasses it. In many areas of the digital domain, we basically get the most sterile version possible of the latter, which results in harsh and loud artifacts.

So why is clipping often thought of as “bad?” The answer lies in the fact that, on top of its pronounced artifacts, it’s also frequently unintentional. For example, when you’re perfecting your song’s mix, every creative decision is made to best serve the music (and usually done with plenty of headroom). Meanwhile, clipping might be introduced in the mastering stage, where we get it as a byproduct of chasing loudness rather than as an effect we intentionally applied to meet an artistic goal (like the reverb on your vocals or the flanger on your guitars). And to make matters worse, the inherent characteristics of hard clipping aren’t tied to your music in any way, unlike the forms of distortion that we generally consider “good.”

On the other hand, a type of distortion that’s commonly thought of as desirable is harmonic distortion. Originating as a side effect of analog tape and certain circuit types, this flavor of distortion alters a signal by introducing additional overtones, or frequency content occurring in harmonic multiples of the fundamental. The result is changes in timbre that we often describe endearingly as “warmth,” “brightness,” and “saturation.”

A sine wave with harmonic distortion applied—this could take on many different shapes and sounds depending on the intensity, the order of the harmonics (the multiple at which they occur), etc.

So how do we implement harmonic distortion in our own music? In addition to DAW-native options (ex. Logic Pro X’s analog-emulating compressors and overdrive units), countless third-party plugins have been designed with algorithms and features that specifically cater to achieving this sort of ‘pleasing’ distortion. A few options that you can try out for free on Rent-to-Own include Minimal Audio’s Rift, Output’s THERMAL, and XLN Audio’s RC-20 Retro Color.

Your creative intentions are everything

While we explored the most common associations people have with “good” and “bad” distortion above, if there’s anything you should take away from this article, it’s that artistic intent is ultimately everything. Yes, hard clipping is usually perceived as harsh and abrasive—but there are also various creative contexts where it can be used artistically. For example, aggressive clipping is a defining sonic element in certain styles of music (think trap, hyperpop, etc.), and its analog forms can often be quite tasteful in moderation as well. On the other hand, even saturation can very easily feel fatiguing or out of place if slapped onto anything and everything without purpose.

So, the best thing you can do at the end of the day is continuously experiment and let your ears guide you. Do you have any questions about distortion that we didn’t answer above? Let us know in the comments below. 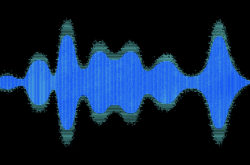 What is distortion? | Distortion’s main types and use cases in music

Let’s define what distortion is, and explore some popular types and use cases. 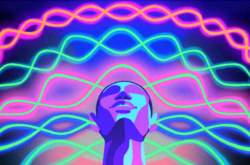 What are harmonics? | Exploring the fabric of music

Let’s explore what harmonics and overtones are, how they constitute the very fabric of music, and how you can apply an understanding of them to your tracks. 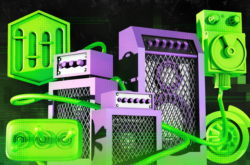 We explore what guitar amp simulator plugins are, how they sound, their pros and cons, and some of the best options out there today.