What are harmonics? Exploring the fabric of music 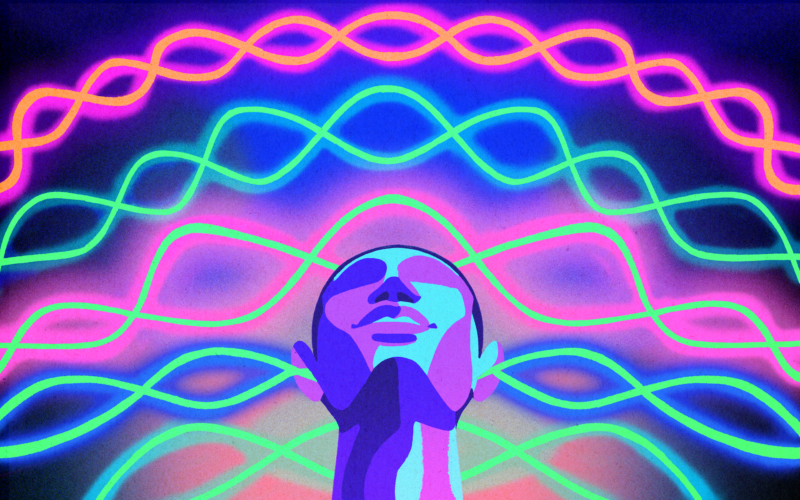 Harmonics may not be at the forefront of our minds when we’re playing an instrument or producing music.

However, they’re a fundamental aspect of sound that go as far as to explain the very essence of music—why music is. Today, let’s explore what harmonics are, and how you can benefit from having an understanding of them as a musician.

To understand harmonics, we need to first examine the simplest of all sounds: the sine wave. If you’ve ever played a sine wave while looking at a multiband EQ, you’ll see that all of the energy is concentrated around a single frequency that corresponds to the note being played:

The frequency spectrum for a sine wave playing a D4

The sound we hear

Meanwhile, if you play the same note using a square wave, you’ll see something very different; there’s still more frequency content at ~293 Hz (the frequency correlating to a D4) than anywhere else, but there’s also a lot more going on above it:

The frequency spectrum for a square wave playing a D4

The sound we hear

All of the softer frequencies seen across the spectrum for the square wave are what we refer to as its harmonics, and they’re what allow us to hear a square wave and recognize it as something that sounds different from a sine wave—even though they’re playing the exact same note. Harmonics exist to varying degrees for every tonal sound out there (besides sine waves), and this is why many people refer to the sine wave as ‘the simplest sound.’

So what exactly are harmonics?

The exploration above brings us to the following point: whenever you hear a pitch, you’re almost never hearing just that pitch—rather, you’re hearing it plus a blend of a bunch of other higher and quieter pitches, which are known as the harmonics.

So, for example, if we have a fundamental frequency of 100 Hz, the harmonics would exist at 200 Hz, 300 Hz, 400 Hz, 500 Hz, and so on (you might sometimes hear the term overtone be used interchangeably to refer to these).

Regardless of whether you’re hearing a square wave, a piano, a violin, or any other sound, as long as the note being played is consistent, all of these will share the same fundamental frequency. As suggested earlier, what allows each instrument to distinguish its own unique sonic character, or timbre, is how loud or soft each of the harmonics are.

A square wave has a very mathematical method for determining the balance of its harmonics. It consists of only the odd integers, cutting out the even ones entirely. Also, each overtone’s amplitude decreases based on where it’s located in the series (ex. the third harmonic will only have a third of the fundamental frequency’s amplitude, the fifth harmonic will have one fifth of the fundamental frequency’s amplitude, etc.).

Meanwhile, a more organic sound like a human’s voice will have a much less linear and more complex spread of harmonics. Unlike sine and square waves, most sounds aren’t perfectly periodic in nature either, with nuances in timbre changing as a note is sustained—this means that most times, the exact balance of harmonics for a sound is also constantly fluctuating.

Applying an understanding of harmonics to music

If you understand that harmonics are what lie behind the timbre of all sounds, you can use this knowledge in a very versatile way when it comes to sound design. For example, if you want an instrument to sound more ‘sine-like,’ you can use your DAW’s built-in EQ to boost the fundamental frequency or cut the harmonic content that sits above it. If you want a sound to feel less tonal and more ‘noise-like,’ you can consider distorting the signal to introduce more inharmonic partials—overtones that aren’t at the expected integer multiples of the fundamental.

If you want to take things to the next level, there are also some dedicated plugins and instruments that allow you to manipulate harmonics in a nuanced way. Arutria’s Pigments 3, for example, features a dedicated Harmonic engine, which displays the overtone content of synth sounds using a dynamic and engaging visualization. By employing parameters such as Tilt Offset and Parity, you can surgically manipulate the balance between odd and even overtones, the speed of their onsets, and more, which opens up a whole new approach to sound design:

A phenomenon of nature

One of the coolest things about harmonics is that humans didn’t invent them—rather, they’re an acoustic principle that has existed as long as time. However, when you look closely at the way harmonics are distributed in the series, you begin to realize that the integer multiples of the fundamental establish many intervals that are key to the music we know and love—the first overtone is exactly an octave higher than the fundamental, the second overtone is a perfect fifth, the fourth overtone is another octave, the fifth overtone is a major third, and so on.

This phenomenon implies that ancient civilizations may have unconsciously reverse engineered music from nature, far before we understood the math behind waveforms. Concepts like consonance and musical scales are in some ways societal, differing across cultures and time periods—but in ways they’re also visceral and universal, judging by how you can trace their origins to the frequency relationships that exist in harmonics. Harmonics reveal to us that music is simultaneously keenly mathematical and indescribably mystical—and having the opportunity to navigate this intersection as music creators is a really special experience.

Dive deeper into the world of harmonics with Arturia’s Pigments 3: 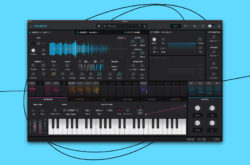 How to use Arturia’s Pigments 3

We overview some of the essential components you’ll want to be aware of to get the most out of Arturia’s Pigments 3.