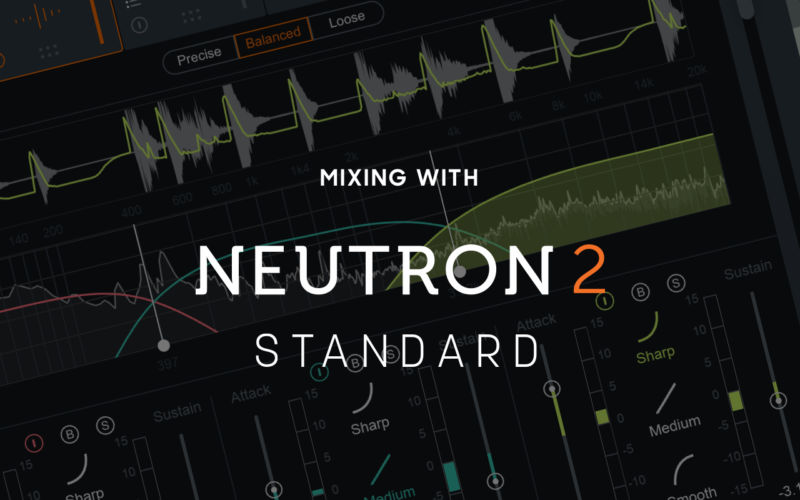 This blog post is part of a series on mixing with Neutron 2 Standard. If you missed a tutorial, click on one of the topics below to catch up:

Vocals are the most important component of a mix. Even if everything else in a mix is absolutely perfect, if the vocals aren’t right, the mix won’t sound right. In this tutorial, we will take a look at sthree common vocal mix problems and walk through how to rectify them with Neutron 2 standard.

Have you ever gotten a vocal audio file only to find that the vocal tone is inconsistent throughout the song? Maybe multiple takes were stitched together or an antsy vocalist kept moving moving back and forth, toward and away from the mic throughout her performance.

Fortunately for us, we can solve such problems using Neutron 2’s dynamic EQ mode. A dynamic EQ either cuts or boosts a selected frequency range (band) when the audio signal passes a certain threshold. 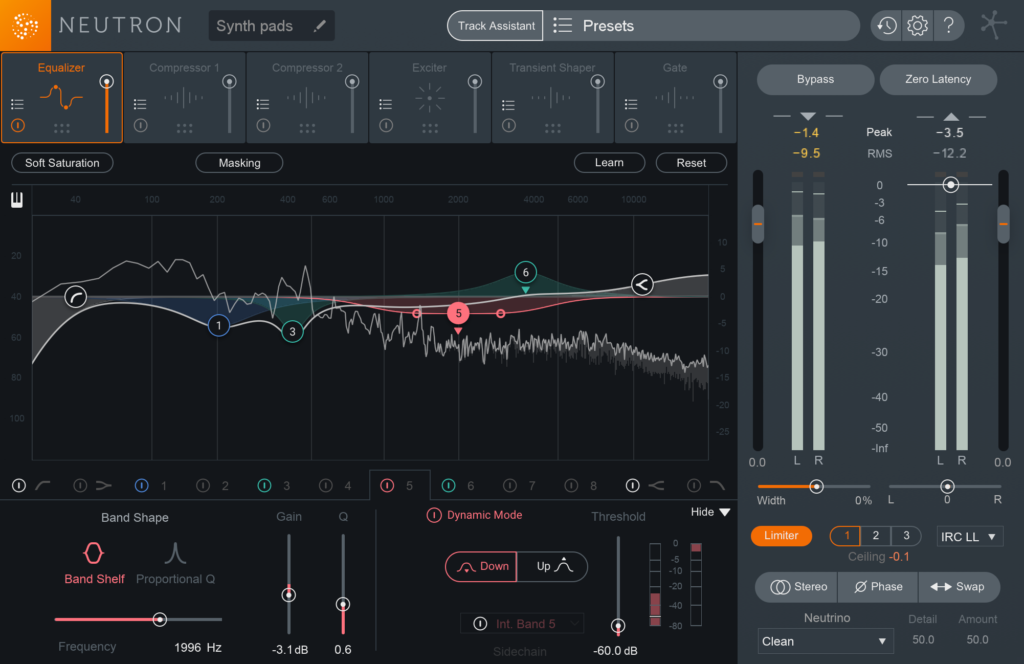 Here are some tips to use a dynamic EQ to solve vocal tone inconsistencies:

If your singer’s having an off day or you’ve only got a cheap microphone to work with, you may come across another common problem: dull vocals. Dull vocals tend to have little or no dynamics. They may also lack midrange presence or high end, leading to a muffled, draggy feel. With Neutron 2’s exciter and transient shaper, you can bring-flat sounding vocals back to life. 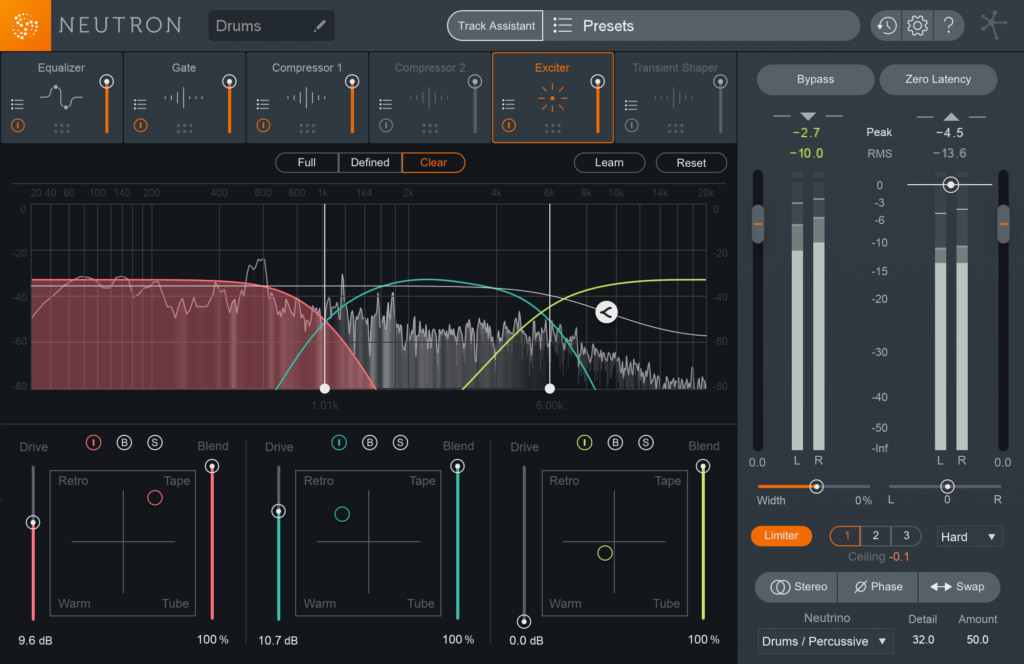 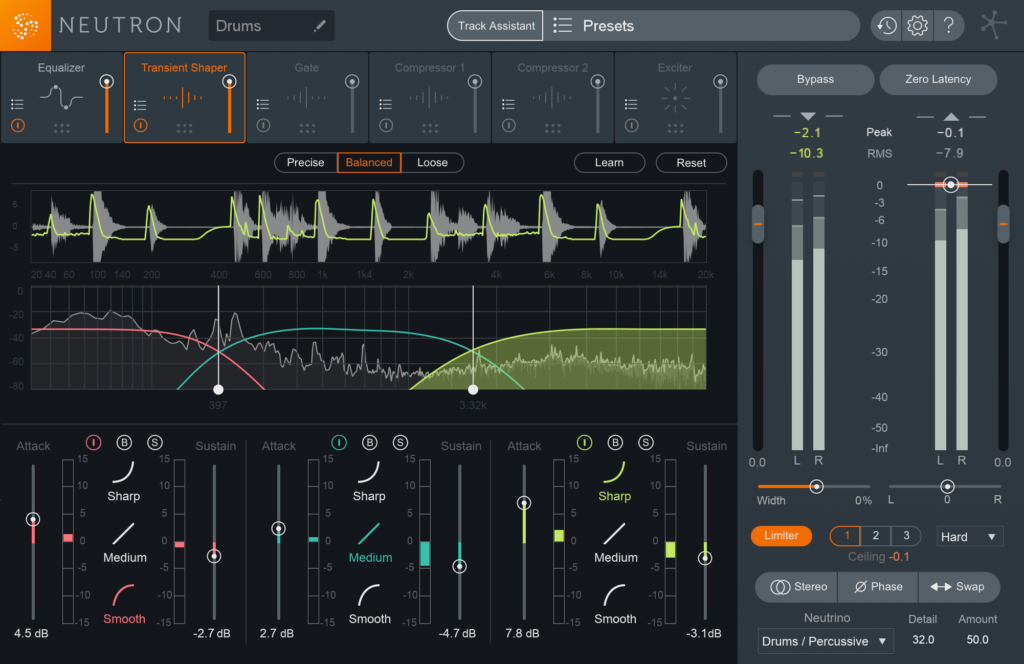 And this is how you bring a lifeless vocal track back from the dead!

Have you come across vocals with a lot of sibilances — those prominent “s” sounds that are harsh on the ear? They’re easy to tackle in Neutron 2. 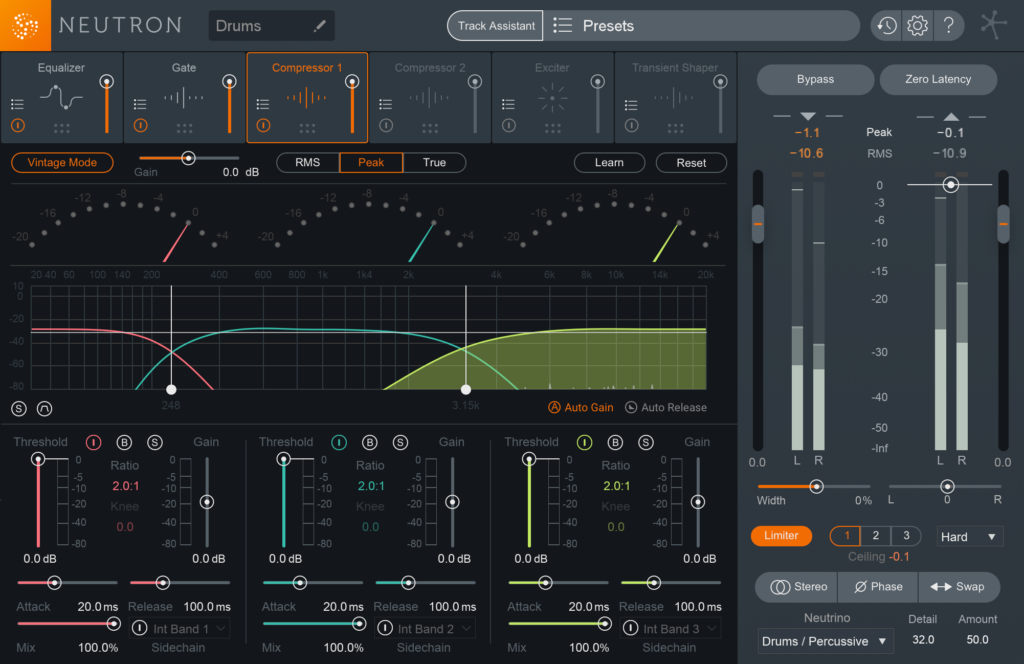 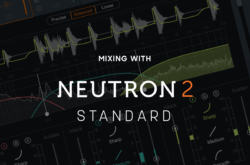 Mixing with Neutron 2: Drums and Bass

This blog post is part of a series on Mixing with Neutron 2 Standard. If you missed a tutorial, click on one of the topics…

This blog post is part of a series on Mixing with Neutron 2 Standard. If you missed a tutorial, click on one of the topics… 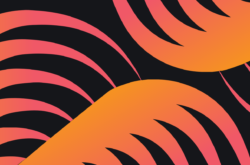 How to use iZotope’s Nectar 3

This feature guide gives you a glimpse into some of the new and best features iZotope’s Nectar 3 brings to the table.