Music modes: What they are and how to use them 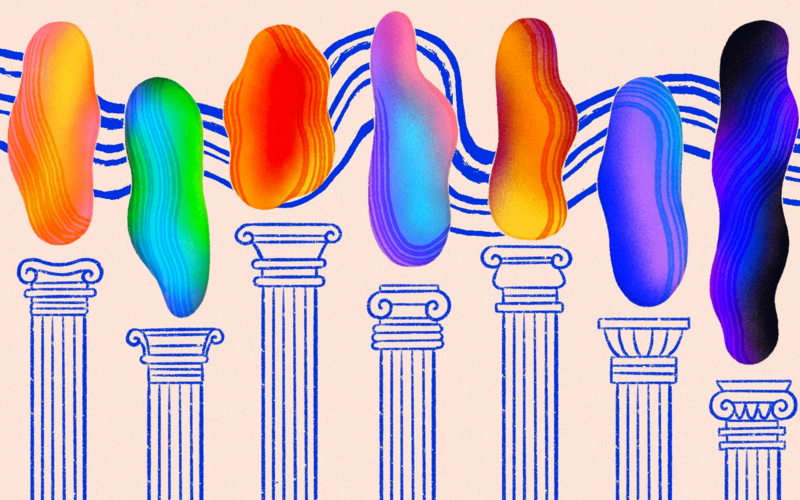 When many of us make music, we often think about it as being either ‘major’ or ‘minor.’

However, the reality is that there’s a whole word of color that exists beyond these two domains—and musical modes are one of the many ways we can access it. In this article, we discuss what modes are in music, the common types and their use cases, and how you can use them to expand your sonic palette.

Feel free to use the table of contents below to easily navigate to a specific topic:

What are music modes?

Put simply, musical modes are rotations of the major or natural minor scales.

…But what does that mean?

An audio example is usually worth a thousand words. In the video below, we play two scales on the keyboard in succession. The first is the C major scale, something that most of us are likely very familiar with (if you’re not, check out our introductory guide on melody to get acquainted). The second uses all of the same notes in the C major scale, but instead of starting and ending on C, we go from D to D instead.

Going back to our initial definition of modes, we can see that the Dorian scale was created by ‘rotating’ by one note off of the C major scale (or three notes off of the A minor scale).

That said, modes are far more than just a series of scales to memorize—they’re also characterized by contextual melodic and harmonic behaviors. We’ll get to that once we discuss their applications a bit later, but first let’s break down the seven common diatonic modes that we get by continuing our rotations off of the major and minor scales.

While they’re not the only modes out there, the seven diatonic modes below are what musicians are often referring to when they use the term in the context of Western music theory.

The collection and sequencing of pitches in the Ionian mode are identical to major. For example, the C Ionian scale would consist of C, D, E, F, G, A, B, and C.

The major scale vs. the Ionian mode

This begs the question: What’s the difference between major scales / keys and the Ionian mode?

On the surface, the answer seems to be ‘there is none’—but in reality there is a distinction, which lies in their application. Most notably, saying that something is in a major key also implies harmonic function that revolves around the tonic and dominant. Meanwhile, the Ionian mode may not follow these harmonic patterns, even if it uses the same collection of pitches and focuses on the same pitch center.

As highlighted in our previous section, the Dorian mode is a lot like natural minor, but with the sixth raised (♯ˆ6). If we started on D, then its ascending scale would consist of D, E, F, G, A, B, C, and D.

An example of a piece of music that heavily uses the Dorian mode is the “Song of Storms” from The Legend of Zelda: Ocarina of Time, one of the most beloved video games ever created:

Video game music is particularly ripe with modes (Undertale‘s “Ruins” is another Dorian-heavy track that comes to mind), probably due to the fact that they’re really helpful for evoking specific moods. So, we’ll be drawing examples from iconic video game soundtracks extensively to help you get acquainted with the sound of different modes.

The Phrygian mode is also a lot like natural minor, but with the second flattened (♭ˆ2). If we started on E, then its ascending scale would consist of E, F, G, A, B, C, D, and E.

Fire Emblem‘s “Together We Ride” (popularized by Super Smash Bros.) definitely has a bit of that Phrygian flavor:

The Lydian mode is a lot like major, but with the fourth raised (♯ˆ4). If we started on F, then its ascending scale would consist of F, G, A, B, C, D, E, and F.

Hear the main melody accompanied by a lush Lydian bed in the “Good Egg Planet” theme from Super Mario Galaxy:

The Mixolydian mode is a lot like major, but with the fifth flattened (♭ˆ5). If we started on G, then its ascending scale would consist of G, A, B, C, D, E, F, and G.

Pokémon music features this color everywhere—look no further than its original title theme:

In a similar vein to Ionian, the collection and sequencing of pitches in the Aeolian mode are identical to natural minor. For example, the A Aeolian scale would consist of A, B, C, D, E, F, G, and A.

The same distinction we identified for the difference between the Ionian mode and major scales / keys also applies for Aeolian and natural minor scales / keys.

Last but not least, the Locrian mode is also a lot like natural minor, but with the second and fifth flattened (♭ˆ2, ♭ˆ5). If we started on B, then its ascending scale would consist of B, C, D, E, F, G, A, and B.

Doom‘s “At Doom’s Gate” gives a feel for the tense sound that the Locrian mode is most known for:

One other small detail worth noting is that Ionian, Lydian, and Mixolydian are sometimes referred to as major modes, while Aeolian, Dorian, Phrygian, and Locrian can be referred to as minor modes. These groupings are simply determined by whether the third scale degree in the mode is major or minor.

How to use modes in your music

What makes a piece of music feel like it’s in a mode is its gravitation around the mode’s pitch center. Even if it lacks your traditional cadences, a piece of music in F Lydian will still make F feel like its home ground, while the B♮ will give you the distinct feeling that separates it from F major.

That said, there’s no rule that says you have to write entire pieces or sections in a mode. While that’s certainly one way to use them, you can also just borrow their colors for individual chords or passages to achieve certain emotional effects.

For example, a ‘Lydian chord’ could be thought of as any chord that includes a ♯4 (or ♯11). A piece like the aforementioned “Good Egg Planet” theme uses this to great effect to achieve that distinctive feeling of wonder.

What’s most important is that you familiarize yourself with the unique colors of each mode via firsthand listening and experimentation. There are certainly some general patterns, like Dorian being used to create a sense of mystery, or Locrian being used for tension. However, these are ultimately oversimplifications, equivalent to saying that major is ‘happy’ and minor is ‘sad,’ when in reality there are so many more nuances you can achieve with both.

8-bit Music Theory does an incredible job at exploring this idea in more depth in the video below, where he showcases that the Locrian mode can do a lot more than just achieve the spooky sound that it’s most commonly associated with:

If you’d like to take things even further, you can try creating new non-diatonic modes by combining different chunks of the modes we explored above. For example, the Lydian-Mixolydian mode is made of the lower pentachord of Lydian, combined with the upper tetrachord of Mixolydian. With the starting note of C, the ascending scale would be C, D, E, F♯, G, A, B♭, and C.

Jazz musicians might also call this mode the Lydian-dominant or overtone scale. While it’s perhaps the most popular non-diatonic mode, you can also try combining any two modes yourself to access unique sound palettes—the world is your oyster!

All too often, musical modes are taught in piano lessons and music theory classes as nothing more than a handful of scales. While the scales (which we’ve also referenced extensively above) are a great starting point to help you understand their structure, modes truly shine when their colors are borrowed in chord progressions and melodies to achieve unique moods that might not be accessible when solely sticking to the confines of major and natural minor.

What’s more, modes are just one of countless ways to explore this frontier beyond major and natural minor—atonality, microtonality, blues scales, stacked intervals, non-Western scales, and more can help you begin to access the full spectrum of melody and harmony, if your music calls for it.

Regardless of what avenue you’re exploring, the most important thing you can do is listen to these ideas in the context of application, and develop your own unique emotional connections with them. Hopefully the musical examples for modes we provided above mark a first step in this process.

Do you have any questions about music modes? What music theory topics would you like to see us cover next? Start a conversation with us on the Splice Discord. 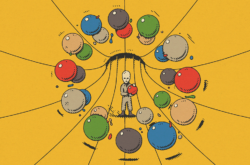 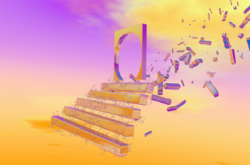 Explore the pentatonic scale and how artists spanning genres have used it to create some timeless melodies.