The 3 most important budget audio interfaces 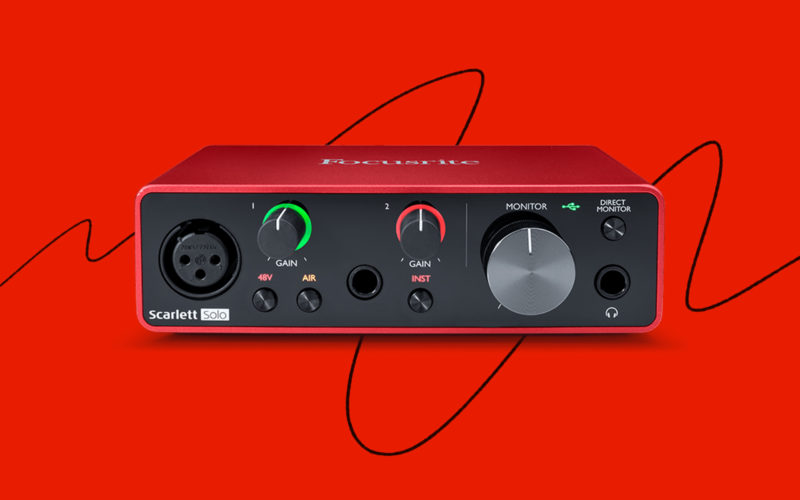 For many aspiring producers, selecting an audio interface can be a confusing process.

When I first started producing, I didn’t understand why I’d even need an audio interface – after all, my headphones can just plug directly into my computer, right? Producers and engineers of all backgrounds, however, quickly learn how vital audio interfaces are to their workflows. Your interface acts as the nerve center of your studio, linking together all the tools you use to create. Interfaces can offer many different bells and whistles, but there are two main considerations to keep in mind when considering purchasing an interface on a budget: inputs and preamps.

Most beginner and intermediate producers can get away with a two-channel interface, meaning that the interface has two inputs, i.e. you can record two channels of audio simultaneously. For example, you could record a mic and a guitar in mono, or two channels of a synth outputting stereo audio. If you want to be able to record more than that simultaneously, you’ll need to increase your budget and look for interfaces with more inputs.

You’ll also need to invest a little more cash if you need super nice preamps. A preamp amplifies the signal going into the interface. When engineers say a preamp sounds nice, typically they mean it has a low noise floor (no audible white noise, even when you crank up the gain). High-quality preamps can also introduce pleasing harmonics to the signal as more gain is applied. If you’re a beginner, or if you’re recording sources like synths that don’t need a lot of amplification, it’s probably not worth it to shell out for outstanding preamps. If you’re looking to take the next step toward making your recordings sound more professional, or if you’re using a sound source that requires a lot of gain (for example, if you’re using a mic like an SM7B), then quality preamps might be a worthwhile investment.

Focusrite’s Scarlett line is an excellent choice for your first interface – and probably your second or third as well. In fact, I’m using one right now to listen to music as I type. The boxes convincingly retain the classic and classy Focusrite red design, despite their competitive price points.

In my experience, the preamps are of higher quality than you might expect. When I really crank up the gain, I do hear the noise floor, but the Focusrite preamps perform perfectly well for the vast majority of my home studio uses. My only small nitpick is that instead of combination jacks, which can accept either ¼” or XLR inputs, the Solo has one ¼” input and one XLR input. This could be a slight limitation for some use cases, but shouldn’t be a dealbreaker for most users at the budget level.

Presonus’ hardware offerings are just as high quality as their software. An absolute staple for beginner and intermediate producers, the AudioBox is a sturdy and reliable two-channel device from the manufacturer of Studio One. I’ve found this interface to be quite durable; its solid build quality makes the AudioBox a great choice for those who might want a second interface to toss in their backpack to work outside of their primary studio space.

One nice thing about the AudioBox is its mixer knob, which allows you to audition a mix of the input sources and the master output. This is more of a nice-to-have, but it can be really useful if, for example, you want to hear a little more of yourself while recording without having to tweak your mix in the DAW, or if you want to audition your input source without using a digital cue mix. Additionally, the device offers MIDI ins and outs, which is a nice touch for anyone who wants to use MIDI devices without USB.

The final interface on our list is the Steinberg UR12, which is a striking and idiosyncratic device from Steinberg, the manufacturers of Cubase. Although the input and output options are a little different — it only offers an RCA output, and only one XLR input and one ¼” input — the UR12 does feature Yamaha’s D-Pre preamp on one channel. In my humble opinion, the D-Pre is the best preamp you’ll find at this price point. This makes the UR12 an excellent choice for those who want to record the cleanest vocals they can on a budget.

Another feature that sets the UR12 apart in my opinion is its Loopback function, which natively captures output from the computer and mixes it with the input signal going into the interface. This is a really fantastic idea; it’s perfect for users interested in streaming applications. If you wanted to, say, connect an XLR mic and speak into it while streaming a game on your computer, the UR12 makes it easy by eliminating the need to set up custom routings on your machine with software like Soundflower.

Hopefully this post provided some guidance in your quest to find the right interface without breaking the bank. Have you tried any of these? Are you using one right now? Do you have other favorite budget audio interfaces? Let us know in the comments below. 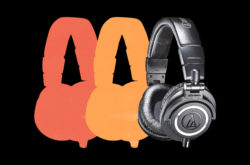 The 3 most important budget studio headphones

Whether you’re buying your first pair or making an upgrade on a budget, here are three studio headphones that deliver great quality despite their low price points.