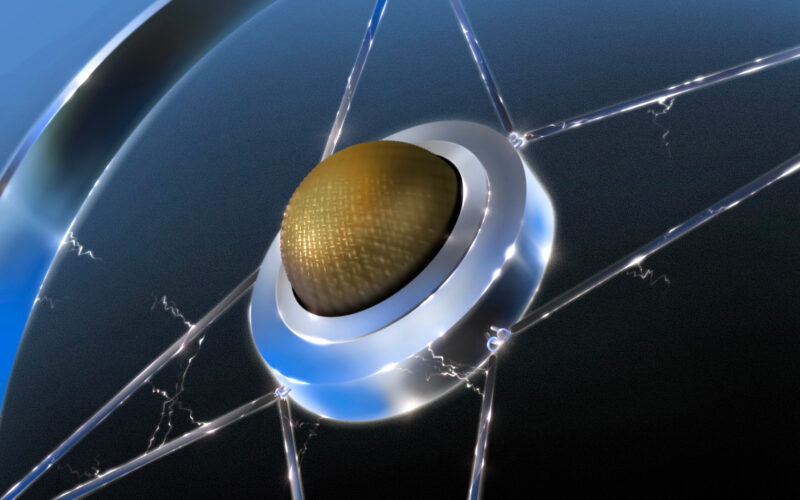 It may sound a bit mysterious at first, but phantom power is just a way to activate certain audio hardware so it can help you make music.

You’ll usually hear the term when people are talking about microphones and other devices that transport or convert audio signals, but also need a power source in order to work properly. Phantom power supplies electricity along the same cables being used to transmit audio signals so you don’t have to worry about getting that power from somewhere else—this is where the term “phantom” comes from.

Phantom power employs direct current (DC), a continuous flow of electricity in a single direction that’s used to power a range of electronics; the general standard needed by microphones is around 48 volts of direct current. While the concept was first applied to the copper wiring of telephone landlines in the early 1900s, it would later eliminate the need for bulky power supplies when working with condenser microphones in the 1960s and beyond, as tape recorder preamps and mixing boards would act as the source of power as well as the receiver for recorded signals.

These days, a mixer or audio interface will often supply phantom power, and the electricity passes through pins 2 and 3 of a balanced XLR cable. A lot of audio interfaces used for recording will have a button marked “+48V” or “P48”—this signifies your phantom power option, since 48 volts is the maximum amount needed.

When and why you need it

The most common situation where phantom power comes into play is when recording audio with condenser microphones, because their active electronic circuits need an electric charge in order to properly measure and sometimes amplify audio signals before they leave the device. While you don’t need it to record an electric guitar, some ‘DI’ or direct boxes will also require it in order to properly amplify and balance your outgoing signals (similar to a microphone), especially over longer distances.

On the other hand, dynamic microphones don’t need any phantom power because their simpler design has no “active” circuitry that requires an electric charge. While activating it won’t mess with a modern dynamic microphone (it basically ignores the voltage coming through), you may want to be more careful when handling older, more delicate microphones that can potentially be damaged by its presence. Very spooky indeed!

Do you have any questions about what we’ve covered above? What topics in recording and music production would you like to see us explore next? Let us know in the comments below.