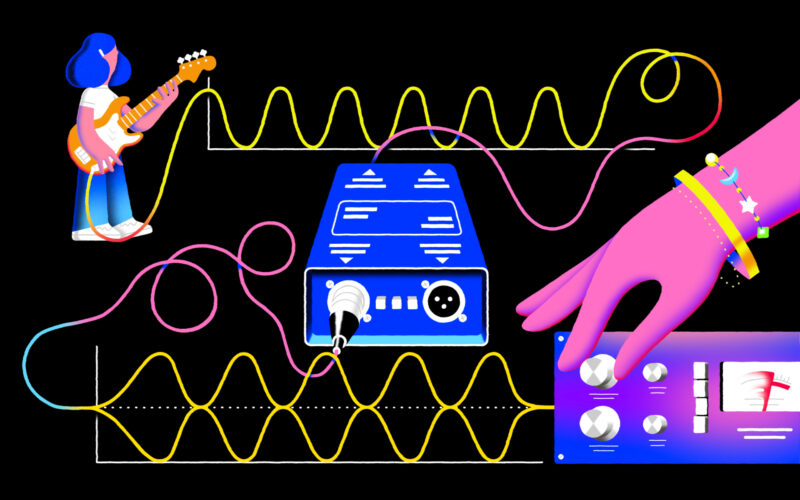 If you’re in and around recording studios, concert venues, or guitar players’ households, there’s a good chance you’ve heard of a DI box before.

But if you primarily make music on the computer, there’s a good chance you don’t know what exactly it is or what it does. In this article, let’s talk a little bit about what a DI box is and when you would want to use one.

DI boxes aren’t new technology; they’ve been in use for recording and live performance applications since the 1960s. DI stands for “direct input” (I’ve also heard people say that the “I” stands for “inject” or “insertion”—either way, the meaning doesn’t change). A DI box can also sometimes be called a “direct box” or just a “DI.” “Direct” refers to capturing a signal without using a mic; you plug it directly into the recorder.

Impedance is an electrical value that measures the amount of resistance to a current that’s present in a circuit. While all electronic instruments have impedance, some have more than others.

Usually, we don’t need to worry too much about impedance in the studio. This is because most audio equipment is designed to have a low output impedance and high input impedance—in other words, your synths are manufactured to output a low impedance level, while your interface is capable of accepting a higher level of impedance.

This is not the case, however, for instruments like electric guitars, which have electric pickups that generate a high output impedance. Normally, plugging a high-impedance instrument directly into a mixer or recorder isn’t a best practice. For example, let’s say you were to plug your electric guitar straight into your interface. Since the guitar’s output impedance is too high, your signal will be “loaded down” and you may experience a significant loss of treble in your sound.

Here’s where a DI box comes in: place a DI box between the signal’s source (your guitar) and the destination (your interface), and the DI box converts the signal from having high impedance to low impedance, preventing you from tragically losing your high end! That said, you may have seen ‘Hi-Z’ or ‘instrument’ inputs on many popular audio interfaces; these are specifically designed with a very high input impedance to enable you to plug these instruments directly into them without needing a DI box.

For a more in-depth look at impedance, I highly recommend this Sound On Sound article by Hugh Robjohns.

For example, let’s say you’re playing electric guitar at a big venue, where the mixer is more than 20 feet away from the stage. If you try to run an unbalanced signal from your guitar straight to the mixer, you’re likely to experience electrical noise ruining your performance. Instead, you wisely decide to plug your unbalanced TS ¼” cable from your guitar into a DI box. The DI box balances your signal, so you can run a long, balanced XLR cable from the DI box into the mixer. Now you can focus on the rest of your day-of-show problems, like getting your friends (who the promoter said he would put on the guestlist) past security.

All DI boxes will be capable of signal balancing and impedance matching, but some DI boxes feature a few other bells and whistles. Two of the most common extra capabilities found on these handy bits of kit are a ground lift switch (which disconnects the signal from the ground, addressing ground loop hum in the signal) and a pad (a switch which reduces output gain by a fixed amount—usually somewhere around 20 dB).

It’s also worth noting that DI boxes can be either “passive” or “active.” Passive boxes require no power, while active boxes must be powered, usually via phantom power or batteries. An active DI box usually has a preamplifier inside it, meaning it can handle very low-level signals and higher levels of impedance. However, a passive DI box can be more convenient since no power is required, and since there’s no power, there’s no risk of noise added by electric circuitry. A passive box will usually be fine for most applications, but if you’re in the market for a DI box it’s worth looking at a couple of active and passive options to best fit your use case.

To summarize, below are some of the instances in which you’d want to consider using a DI box:

Do you have any questions about DI boxes? What topic or piece of gear would you like to see us cover next? Let us know in the comments below. 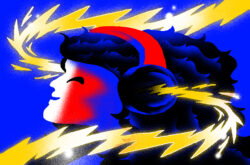 What is impedance in audio (and why is it important)?

Let’s explore what impedance is, and why it can be important for both making and listening to music. 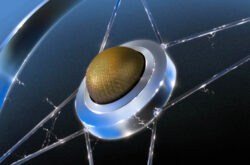 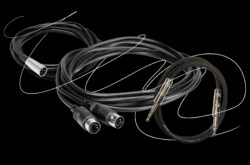