The state of video game music in 2019 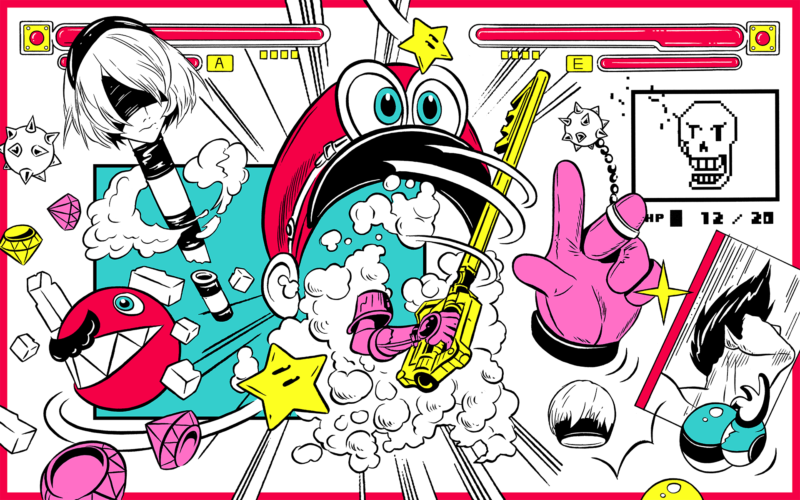 Video game music has come a long way since the four descending notes of Space Invaders.

Monophonic chiptune melodies like the Space Invaders theme captured people’s attention in arcades in the 70s, while the polyphony enabled by consoles in the 80s birthed classics like the Super Mario Bros. soundtrack. Digital synthesis astronomically expanded the possibilities for video game music in the 90s, and Dolby Digital software allowed for complex and expressive orchestral arrangements in the 2000s. As the 2010s draw to a close, video game music is in a more dynamic and exciting place than it has ever been before. As we look forward to what the upcoming decade may bring, let’s celebrate the state of video game music in 2019.

In its early days, the sound of video game music was defined by the limited number of audio channels and timbres offered by sound chips. However, as technology advanced throughout the years, games gradually progressed towards utilizing recorded music. For a time, moving away from chiptune and 16-bit audio towards higher-fidelity formats seemed to be the uncontested trend across franchises (which makes sense, as a series would appear stagnant in comparison to competition if it didn’t demonstrate evolution from console to console).

Today, we’ve arrived to a place where we’ve been distant from 8-bit and 16-bit music for long enough that it has become nostalgic; we’re now drawn to the very limitations that once restricted us. Entirely new franchises like Shovel Knight (2014 – 2019) and mega-hit titles including Toby Fox’s Undertale (2015) and Deltarune (2018) heavily feature 8-bit and 16-bit sounds across their soundtracks. The revival of 2D platformer and metroidvania games at large — with recent releases including Hollow Knight (2017), Celeste (2018), and SteamWorld Dig 2 (2017) — is indicative of the cultural interest in games that incorporate aesthetics of the past. That said, these games and their soundtracks don’t blindly walk the same paths as their predecessors. Blending new genres and audio implementation techniques with retro timbres and arrangements, many of these games craft a new sound that’s simultaneously familiar and fresh.

And on the other hand, plenty of games are continuing to create increasingly stunning orchestrated soundtracks. The Legend of Zelda: Breath of the Wild (2017) boldly reinvented the famed series’ musical identity with subtle but beautifully-recorded piano performances. NieR: Automata (2017) blessed us with some breathtaking orchestrations that are topped off by vocalist Emi Evans’ haunting songs. Detroit: Become Human (2018) featured an ambitious score with music tailored to the perspectives of various in-game characters. On the audio implementation side of things, Fe (2018) innovated on interweaving music and gameplay by allowing the player to sing dynamically to communicate with its world’s creatures.

Video game music truly seems to have arrived to a golden age in respect to creative freedom — composers can explore and blend an array of aesthetics, from chiptune to full-on orchestral and everything in between.

The 2010s were also a decade where video game soundtracks transcended the console and made their way into some of the world’s most respected concert halls. The Legend of Zelda: Symphony of the Goddesses had an extensive five-year run with performances in venues from the Tokyo International Forum to New York City’s Madison Square Garden. Pokémon and Final Fantasy had their own concert series in the 2010s as well, and Undertale just announced a set of shows for early 2020.

These concerts have played a large role in establishing video game music as an art form that’s as legitimate as concert and absolute music. While increasing the visibility of some incredible video game soundtracks, these concerts also create opportunities for new and young audiences to experience performed symphonic music, often for the first time. Video game concert series largely experienced widespread success in the 2010s, and hopefully we’ll continue to see more of them in the upcoming decade.

Attracting the attention of top artists

While concerts propelled video game music outwards towards greater music culture, their influence has also drawn some of commercial music’s top artists towards them. The Kingdom Hearts series has collaborated with singer-songwriter Utada Hikaru since its inception in 2002, but also brought in Skrillex as a co-writer for Kingdom Hearts 3‘s theme song “Face My Fears” in 2019. A slew of heavyweight artists wrote completely original music for the long-anticipated and highly-praised Death Stranding (2019), including the likes of Khalid, Major Lazer, The Neighbourhood, CHVRCHES, and Bring Me The Horizon. Marshmello held the first ever Fortnite concert earlier in the year, which was the game’s most-attended event at the time.

Those games that didn’t borrow the contributions of external artists went ahead and created iconic themes that would rival any chart-topping single. While video game themes have historically been instrumental, the latter half of the 2010s gave birth to several iconic lyric-driven themes. Super Mario Odyssey (2017) brought the irresistible “Jump Up, Super Star!,” which featured charming vocals by Pauline, the original damsel-in-distress. Fire Emblem: Three Houses (2019) channels the energy and spirit of a big-budget anime opening in its theme “Edge of Dawn.” Super Smash Bros. Ultimate (2018) surprised fans by first introducing an instrumental version of the theme, and then unveiling an alternate version with vocals when announcing its adventure mode.

The $120 billion video game industry is rapidly growing and evolving, and it’s showing no signs of slowing down in 2020 and beyond. As more and more opportunities open up for video games, it’ll be interesting to see how their music responds. What characteristics do you think defined the video game music of the 2010s? What do you hope to see in 2020? Let us know in the comments below. 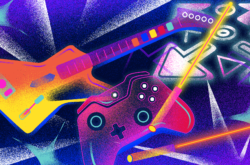 The fantastic history of rhythm games

Let’s explore how rhythm games have continually pushed the envelope of what a game could be, and what the experience of music listening could look like.