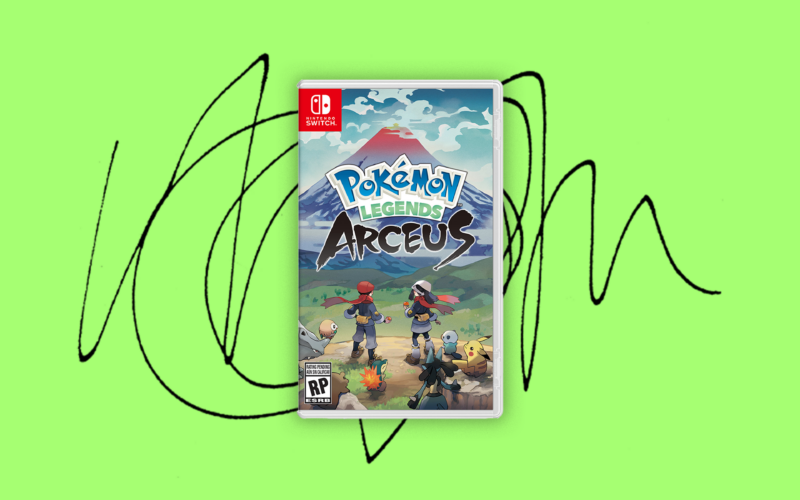 Pokémon Legends: Arceus is a game that’s brimming with experimentation.

From the notable departure from the usual Pokémon formula (earn gym badges → thwart the plans of a villainous organization → encounter your mascot legendary of choice → become the champion) to the introduction of totally fresh concepts (an array of new player behaviors, an expansive overworld, unique historical lore, etc.), it’s clear that the masterminds behind the world’s largest media franchise are using the title to venture into previously unexplored territory—and their approach to the game’s music and sound design is no different. In this article, let’s explore how the sounds of Pokémon Legends: Arceus also stand uniquely apart from its predecessors, and how they effectively complement the creative intentions of the game.

While we won’t be discussing any major plot points or elements that you wouldn’t encounter within the first few hours of playing, we will discuss general aspects of the game as they relate to the music and sound design—you’ve been warned!

The shift in tone with Pokémon Legends: Arceus is apparent quite literally from the moment you boot up the game. Where we would normally hear the latest rendition of the main theme over a grandiose title screen, we’re met with nothing but the serene sound of wind, rustling leaves, and the cries of distant Pokémon. From there, you arrive to the Hisui region after a brief cutscene, and are once again met with this same soundscape—no upbeat professor theme or nostalgic hometown tune is in earshot.

While this approach isn’t unheard of in other franchises, it’s certainly a drastic change for Pokémon, where non-diagetic music typically underscores almost every step of your journey (the only rare exceptions that come to mind are fleeting areas like the exit of Victory Road in Omega Ruby and Alpha Sapphire). The result of this creative decision is an atmosphere that has an unprecedented sense of immersion; in exchange for the emotional beats of a catchy tune, you feel like you’re truly in the game’s world, where you would be hearing these textures and nothing else.

As you progress and begin to navigate various wildlands within the game, you’ll find that some music cues do swell in and out to signal wild Pokémon approaching, changes in the time of day, etc. However, even these compositions are quite different from the music of previous mainline titles.

While traditional Pokémon soundtracks are known and adored for their thematic, contrapuntal, and thoroughly melodic earworms, many of the pieces in Pokémon Legends: Arceus are minimalistic by contrast and place much more emphasis on simply evoking a mood. Seemingly taking cues from Zelda‘s differentiated approach to the soundtrack for Breath of the Wild, the music of Legends: Arceus primarily responds to player actions and world behaviors, as opposed to dictating what you should be doing or feeling. That said, the in-battle music nicely scratches the itch for the occasional melodic banger, beautifully reimagining iconic Sinnoh themes with traditional Japanese modes and instruments.

While some aspects of the game may still feel highly exploratory or a little rough around the edges, what makes Pokémon Legends: Arceus such a thrilling addition to the series is its newfound attention towards breathing more life into the world of Pokémon. If you’ve grown up with the franchise like millions of others, you’ve probably thought to yourself: What would it be like to live in a world cohabited by Pokémon? How would it feel to sneak up on one in the wild and throw a ball at it? How might different Pokémon interact with you and their environment?

With both its gameplay and its sounds, Pokémon Legends: Arceus explores the answers to these questions with more richness than perhaps anything that has come before it—and it’ll be exciting to see how the Pokémon team builds upon its ideas in future releases.