How to get your track remixed using Splice 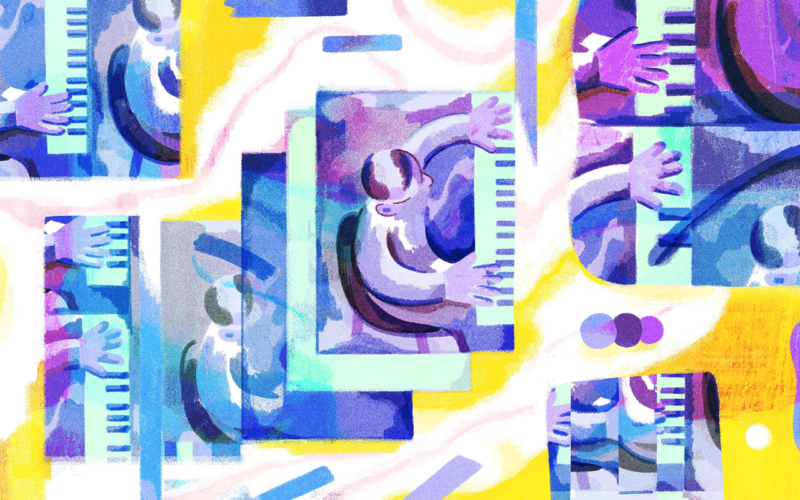 Want to hear your track re-imagined?

Let producers get their hands on it. Remixes have been a major part of the music industry for more than 40 years, but it wasn’t until the last decade that unknown producers like Kygo, Robin Schulz, and Seeb started making names for themselves with the remixes that they posted online. Success stories like theirs have been the most visible signs of a flourishing remix culture that has opened a creative dialogue between artists and producers. By making something new out of something familiar, a remix can carry a song to new audiences, increase its popularity, and change the way you hear the track forever.

But if you’re an up-and-coming artist, how do you participate in all the great things remix culture has to offer? How do you get your track remixed? This blog post will walk you through the steps you should take to get a song ready for remixing, and tips for helping find the right producers to remix it. Let’s start by preparing the track.

Stems are the individual tracks for each musical element in your song, and you need to make sure they make sense if you want a producer to spend time working with them. To make stems, open up the final session for your track and separate the instruments into essential groups like lead vocals, drums, bass, lead synths, and whatever else makes up the arrangement for your track. How granular you get is up to you, but make sure each group has a distinct identity and makes musical sense (a drum kit all together makes sense, but a drum kit and the bass should be in separate groups). If your track is full of production tricks and FX, feel free to add in a FX stem or two as well.

Once your arrangement has been divided and organized, name each group appropriately and bounce them from the start of the song to the very end, no matter how much or how little audio is in that group. Leave automation, compression, EQs, and other FX in place, but remove any mastering plugins and take special care with the vocals. When bouncing vocal stems, make sure to turn off any reverb, delay, or other time-based FX that you have on the track. Vocals are usually the main element used in a remix, and time-based FX make it extremely difficult for a producer to create a remix that’s significantly faster or slower than the original song. Trust that the producer will have their own FX they’ll use to make the vocal sit nicely in their remix of your song.

Once done, you should have anywhere from 4-20 tracks that will recreate the arrangement of your song when dropped into any DAW at the same starting point. These stems are the raw material that producers use to create remixes of your track. 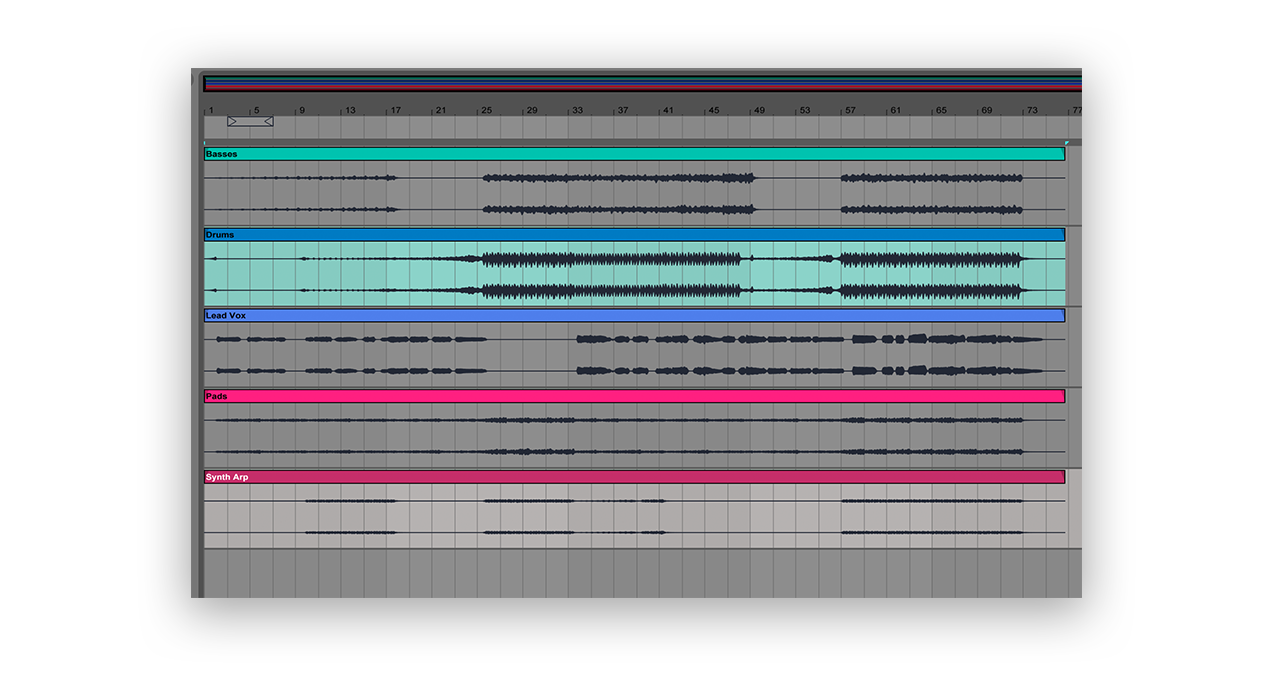 Create a new session and add your stems to it, naming each track the same name as its associated stem. If you want it to look extra clean, go through and delete any silences in your stems so that only sections with audio are visible in the DAW. Save this session to Splice Studio (check out our post on using Studio if you need a refresher), and then add the stems by clicking the “ADD STEMS” button below the timeline, along with a master audio track by clicking the “Attach an audio preview” area located above the DNA player. Once it’s all uploaded it should look like this: 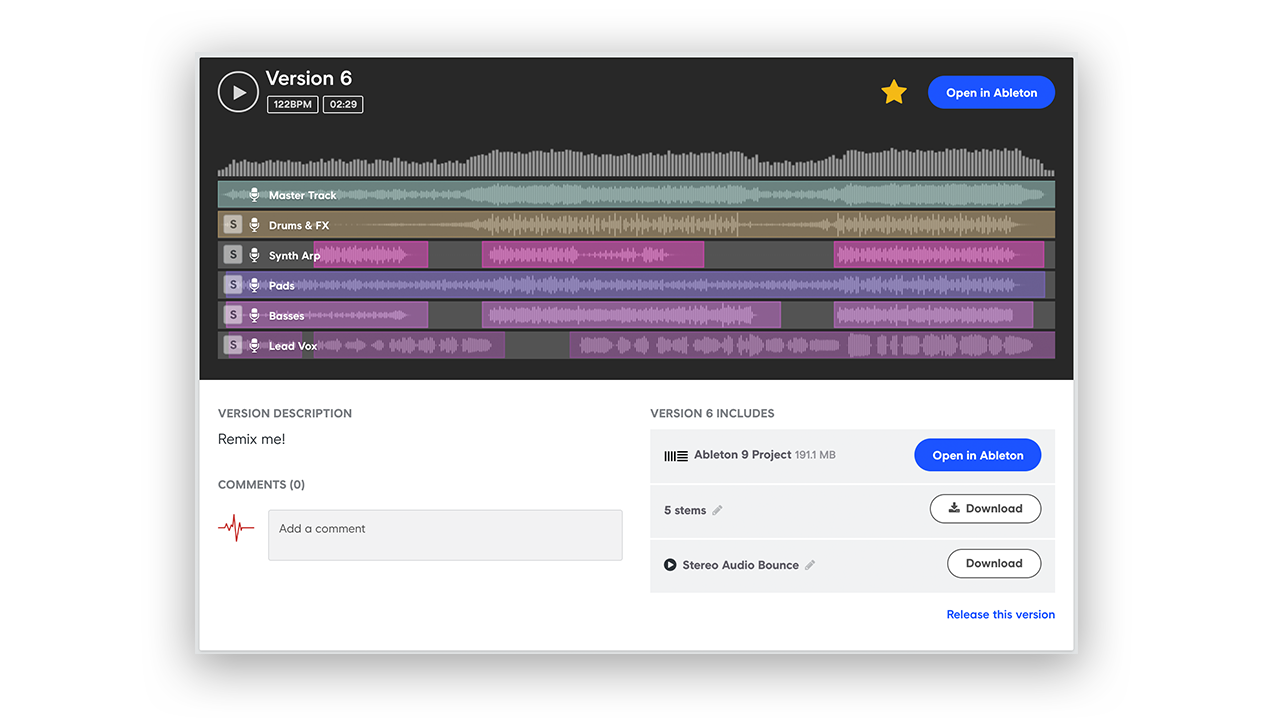 Now it’s time to decide who you want to remix your track.

Do you have specific producers you work with who’ll be handling all remixing duties, or do you want to let the public take a crack at your masterpiece?

If you already know who you want to remix your song, simply add them as a collaborator to your project in Splice Studio. They’ll immediately get access to both your project file and stems, and they’ll gain the ability to make comments, share new versions, etc.

Someone you’ve yet to find may be able to flip your melodies in the just right way. If you’re looking for someone new to take your track in a fresh direction, consider publicly releasing your stems using the Splice DNA Player. Click on “Release this version,” located on the bottom right of the page. This will bring up a sidebar where you can add artwork, tags for your track, a description communicating your intentions (ex. “Looking for a future bass remix of my song – send me your version and if I like it we can officially release it!”), and a customized release URL. Once you’ve filled everything out, click the “Release this track” button at the bottom of the page and your track will go live for the world to see. Producers can get to your release either by browsing the Explore page or via a direct link to your release. Share the URL to your release with any producers in your network and ask your friends to share it too – the more people see your release, the greater chance you have for someone making an amazing remix. Any remix that gets made and uploaded to Splice will automatically be tagged as a remix of your track, so you can easily listen for the perfect remix as tracks come in.

If publicly releasing your track for a remix, think of something that will incentivize other musicians to work with your material – what do they get out of this collaboration? Getting an official release is great, and if you don’t have a budget to buy the remix from the producer, consider a royalty sharing release through a service like STEM, Distrokid, or amuse.io. You can also offer fun or creative incentives like a collaboration on an original track or a video call to talk music. Great stems to remix will pique the interest of many producers, but more will take the leap to actually remix your track if they know what they can gain if you choose their remix.

Once you find a remix that you like, you need to reach out to the producer who made it and come to an agreement about how it can be released. A remix has intellectual property from both the original artist and the remix producer, so make sure that everyone has agreed on how a song will be released, when it’ll be released, and how royalties from the song will be split. These issues can be avoided by buying out all the rights to the remix from the producer who made it so that you own the remix 100% – just make sure that you sign an agreement with the producer before sending any money documenting the exchange of rights.

In terms of track titles, remixes are typically stylized after the original work with the remix credit in parenthesis. For example, the El-P remix of Lorde’s song “Supercut” is styled as “Supercut (El-P Remix).” When you’re ready to release the remix, make sure to credit the producer fully and coordinate with them to help promote the release.

We hope this article helps you prepare your track for a stellar remix – let us know if you have any questions in the comments section below.

Garrett Frierson Garrett is part of the Artist team and manages contests and creative partnerships on Splice. 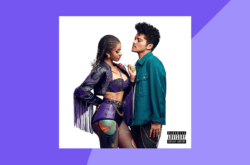 In this blog post, we’ve recreated the instrumental of Bruno Mars and Cardi B’s massive hit, “Please Me.” 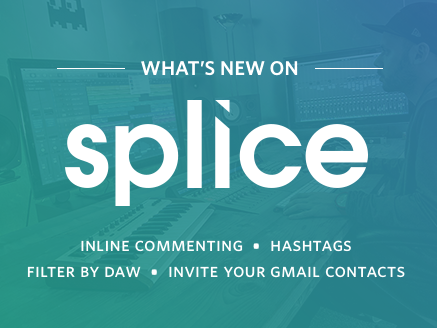 We explore an overview of some of the exciting new features on Splice.

Download the full session on Splice and create your own remix. Watch the video to learn how the track was created.