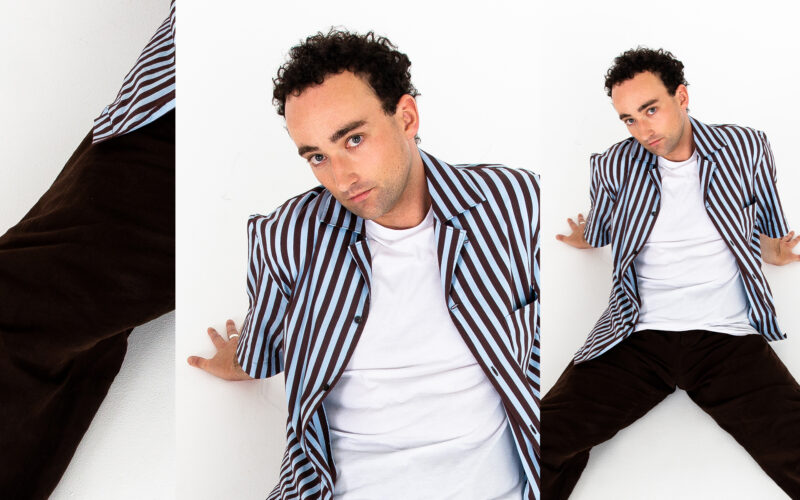 The authentic passion Wave Racer has for sound design can be immediately felt through his music.

We recently had the opportunity to sit down with Wave Racer to hear about the experiences and lessons he’s gathered across the span of his career—read on for highlights.

1. Maximize the resources you already have

Most budding music creators don’t have access to top-end studios or expensive analog instruments and outboard gear. However, Wave Racer emphasizes that a laptop and the internet are all producers need to start learning, developing their sonic identities, and creating great music. “Starting out, my choice to focus on electronic sounds was partly the result of not having the facilities for much else,” he recalls. “I didn’t have access to good recording gear, microphones, instruments, processing units, studio time, engineers, etc., so I had to make do with my laptop and whatever I could do with the affordable technologies available to me. Luckily, I’m doing this at a time when technology is highly advanced and flexible, so I had a head start in learning production techniques in that sense. Being able to learn how synthesizer oscillators function or how EQs and compressors work without having to even step inside a studio or consult an engineer was definitely advantageous. Those fundamentals are what allowed me to later move seamlessly into the world of live instrumentation and analog sound sources.”

From YouTube tutorials to blog articles, there are countless high-quality educational resources that music creators can access for absolutely free today—and the concepts you pick up through them can directly apply to future endeavors in one’s artistry. “I definitely walk on the shoulders of giants in the sense that vast amounts of knowledge are already out there for me to easily soak in and exploit to my liking,” Wave Racer acknowledges. “Knowing all the digital audio stuff early on was a big benefit when I finally got to the point where I wanted to try more live stuff, because I already knew how everything worked inside the box—now I just had to implement it outside the box.”

For some, sound design can feel intimidating or sterile, completely isolated from the joys of the composition process. However, in addition to encouraging people to just have fun with it, Wave Racer posits that the two can actually be closely interconnected. “I spend a lot of time learning about audio engineering in addition to production and composition techniques,” he tells us. “And I think the two sides very much inform each other in my process. Things like microphones, preamp settings, gain staging, and the ordering of effects pedals all contain inspiration for how I can shape a sound source to evoke the sense of a space, setting, or context—and I can then infer emotion through that. Even the simple things like reverbs and delays can express moods, and using them to reinforce the emotions of a composition is very inspiring for me.”

Wave Racer calls out the lead guitar sound in his track “AUTO” as a sound design feat that he’s particularly proud of. “I was trying really hard to create a bright, crunchy lead sound that would cut through everything and take the listener by surprise a bit,” he says. “To do this, I had to experiment a lot with the combination of overdrive pedals I used, as well as the pickup selection on the guitar and how it interacted with the effects. I used a Kemper Profiling Amplifier for the amp sound, which was just on a very clean jazz chorus sound with the highs pushed a bit. If I recall correctly, I used three different drive pedals. One was definitely a BOSS BD-2 Blues Driver, and one was my Klon KTR. I think I also used some kind of fuzz or heavier distortion as well.”

“But, the trick was to dial in the tone and gain controls for each one so that when they stacked together, they produced this really interesting and textured crunchy tone,” he continues. “I think I had the Blues Driver last in the chain (before the amp), because it’s great at driving sounds in a really upfront way—and I had the other two before it, so it was receiving an already really dirty signal. This produced a really delightfully sharp and crispy tone that I couldn’t have made with just one pedal or amp. I then double tracked the guitar part and panned the two takes hard left and hard right, so it took up the whole stereo field—and it sounded glorious.”

Hear the bright lead guitar tone at around 1:16

Reimagining a single sample in “What Are We Waiting For?”

Out of his more recent releases, “What Are We Waiting For?” is another track with an interesting sound design story. “All the drum sounds and many of the synth layers were created using a single synthesized audio clip,” Wave Racer reveals. “I challenged myself to create a full composition using only one sound, and I designed that sound to be particularly non-musical or palatable to force me to be more creative with how I used it. I ended up manipulating, stretching, re-pitching, and distorting the audio clip, transforming it to my will. That’s one of the excellent things about using digital audio processing—it lets you go wild with sound manipulation really easily and quickly. It was so fun just completely annihilating the audio and turning it into completely new iterations of itself. It also helped me create unique and strange textures which I would’ve never found otherwise.”

It’s hard to believe that the kick, snare, bass, synth pads, and more were crafted from just one audio clip

3. Know when to hit the mute button

Wave Racer’s music is colored by a lot of small ‘ear candy’ elements that constantly weave in and out of his tracks. While it would seem tempting to throw these in wherever possible, he tells us that balance is key. “I think compositionally, it can be a challenge to keep these small details from overwhelming the song and becoming distracting,” he says. “So, I’ve had to develop the skill of knowing when to restrain myself and remove elements. A lot of times, I’ll try things and have them in there for a long time, only to then remove them entirely when I finish the song. As a song comes together and becomes more complete, there’s often less room for those kinds of flashy ear candy elements. So, even if I really like a sound that I’ve made, I have to sometimes make the decision to remove it for the greater good of the song.”

If Wave Racer needs to cut a sound to best serve the track, he explains that he often saves it as a sample for later use. “The process of creating samples is something I do during my everyday sessions, regardless of whether I’m making a sample pack or not,” he tells us. “In recent years, I’ve found that committing my sound experiments down into audio files to be used as samples in my own songs has been really effective and fun—making my Splice sample pack was really just a formalized extension of that process. Many of the samples in the pack are taken from existing songs of mine, previous production sessions, and even some upcoming music that hasn’t been released yet. So, some of the sounds are literally a direct injection from my productions.”

Above all, Wave Racer tells us about the importance of enjoying the journey and continually learning along the way, no matter what stage you’re at as a producer. “Patience and perspective are such important things,” he reflects. “I sometimes get the sense that people wish to achieve success really rapidly and without any hurdles. I used to naively want this as well—however, unfortunately it’s just not realistic. It will usually take a very long time for people to start taking you seriously, and for good reason I think.”

“I like to remember that even the best of the best are still learning each and every day,” he says. “I’ve found that the most rewarding aspect of producing music has been learning and implementing the things I learn, and leaning into the joy of discovery—unpacking all the various things that there are to be gained from committing time and energy to a specific set of skills. I think if you ever lose that enthusiasm to learn and develop new skills, that’s when your trajectory for success dies down. It’s all about learning, despite how frustrating and tedious that can sometimes be.”

What lesson from Wave Racer resonated with you most? Do you have any tips on sound design and creativity of your own? Let us know in the comments below.

Incorporate Wave Racer’s sounds into your own productions: 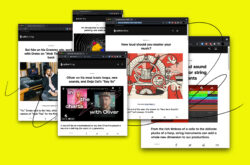 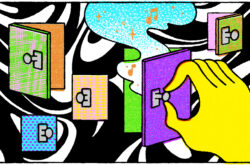 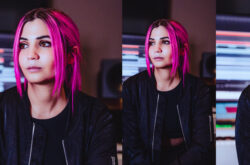 4 tips on composing for film from Tori Letzler