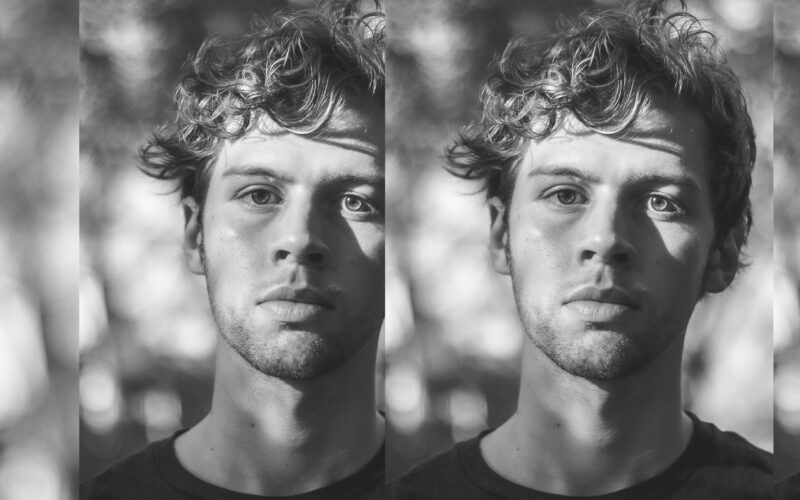 Michael Bruner is an Indiana-based vocalist, producer, and songwriter.

Blending groovy guitar riffs, delicate vocals, and nuanced but sharp production sensibilities, Michael Bruner is carving a path of his own in the world of bedroom pop.

This track is the second single off of Bruner’s upcoming debut EP, Time With You, which drops on September 23rd.

Also one of four SoundCloud x Splice NOVA Beat Battle winners, Michael Bruner recently released his very own sample pack on Splice Sounds. In celebration of the release, we had the opportunity to sit down with Bruner to hear about the lessons he’s gathered in respect to igniting and maintaining creative inspiration as a musician—read on for highlights.

In respect to staying creative, Michael Bruner cites physical movement as a must in his daily routine. “I’m huge on movement,” he says. “I’m usually more creative during or immediately following physical exercise. My favorite ideas tend to happen outside the studio.”

“The easiest way to incorporate movement into your creative routine is to take micro breaks, especially during long sessions. This could be a walk or jog around the block—five to ten minutes is all you really need. Do that whenever you begin to feel unfocused, short-tempered, or distracted. Sitting that long is just not natural. Plus, you can use your phone to record ideas you might have during that walk.”

“The work doesn’t necessarily have to stop just because you’re outside the studio. You might even surprise yourself on one of those micro breaks, bringing an unexpected wave of inspiration to what was otherwise a stale session.”

“If you want to go all out and really get your body into shape throughout the day, create opportunities to work out around your living space or studio. An easy and affordable one is a doorway pull-up bar. You can put it above a doorway that you always walk through, and just hang there for a few seconds to decompress your poor, neglected spine. Jump ropes are another easy one; they shake up the body and promote blood flow.”

“For more info on ergonomics and biomechanics, check out Kelly Starrett’s Becoming a Supple Leopard and Deskbound: (Standing Up to a Sitting World). Katie Bowman also has very interesting ideas and methods for improving day-to-day activities with biomechanics. Some examples are rolling out your back with lacrosse balls, standing in a box of river rocks (at a standing desk), replacing couches with beanbags, and calf and hip flexor stretches.”

2. Thinking about what’s ‘sample-able’ can lead to unique results

Though it’s quite different from producing fully-finished tracks, creating a sample pack is a process that’s also ripe with its own learnings. “It was basically the process of freely exploring ideas without feeling the need to finish them, which is something I’m sure many creators are guilty of,” Bruner reflects. “The only commitment involved was identifying the gems throughout these sessions and making sure I had a good system for saving or bookmarking them.”

Bruner gives us an intimate inside look into his creative process in a recount of how he created a standout loop from the pack. “The ‘Bedroom Vinyl’ loop is one of my favorites,” he shares. “I started playing around with a cheap MIDI module I bought on Amazon. It’s got a limited sound library, but I actually like a lot of its sounds. Plus, I don’t have to worry about latency or needing a computer. I found some fun keyboard patches, composed some nice chords, and improvised vocal ideas that felt good.”

The DAW session for “BRUNER_111_melody_loop_bedroom_vinyl_Ebmaj.wav.”

“These vocal ideas were treated more like instrumentation than lead lines. Sometimes, while recording new vocals I like to think about how ‘sample-able’ they sound. This can be a useful criterion because it draws our attention to the feeling we get from a small piece of a recording. If we get most of a vocal to sound sample-able, we’re capitalizing on the chances that people will connect with it. Of course, the whole thing needs to also sound good, but I think that’s usually taken care of unconsciously.”

The isolated vocal layers that are weaved into the final sample.

The effects and plugins applied to the vocal melody.

“The last thing I added was electric bass. It’s my brother’s Fender bass with flatwound strings. I use it on almost everything.”

The effects and plugins applied to the electric bass.

3. Warmth is achieved via a combination of multiple factors

Whether it’s his vocals or the various instruments in his arrangements, there’s an undeniable feeling of warmth to Michael Bruner’s music. Some may assume that saturation or a tape emulation plugin on the master track are the prime drivers for achieving warmth in the digital era—but Bruner suggests that warmth is a careful combination of multiple factors, including inspiration, performance, and production.

“Everything starts at the source,” Bruner tells us. “I think the warmth that comes through in my music can be linked to my influences, playing style, and production choices. First off, I naturally gravitate towards warm sounds because they’re what I’ve been exposed to from a young age. Some of the first music I ever heard included records and cassettes of Joni Mitchell, Led Zeppelin, and Crosby, Stills, Nash, & Young. The sonic makeup of this music (and the medium) is ingrained in the happy nostalgic regions of my brain.”

“One level down from inspiration is playing style,” he continues. “For guitar, I tend to use my fingers. I actually didn’t learn how to play with a pick until a few years into learning the instrument. So, it’s a place of ease and comfort—I feel more free and fluid with fingers. Why did I start with fingers as opposed to a pick? Influence. The first couple songs I asked my teacher to show me were ‘Blackbird’ by Paul McCartney and ‘Stairway To Heaven’ by Led Zeppelin. Those are both involved fingerstyle guitar parts.”

“For vocals, I spend a lot of time honing in the tone before I even consider mixing and effects. I guess you could call this ‘pre-production.’ For example, I might do several takes of vocals and then listen back to see what aligns with the music. Maybe in the first two takes, I used more breath than I’d like. But on the third take, I notice a moment where I was belting more and leaned away from the mic. I’ll think to myself, ‘Okay, this time I’ll belt more and bring down the breathiness.’ The process continues like that until I find a sweet spot. It’s sort of like cracking the tonal code for a song.”

“As for production, I like to control high frequencies with low-pass filters and EQ so I can reveal them in a later section or choose little moments to let shine,” Bruner explains. “Usually the chorus gets that shine. Having said that, sometimes you want high end in your recordings so you can shape those moments with EQ automation. Crafting your tone in the recording is a great way to avoid over-processing in post—just be conscious of which tracks you want to be more tonally dynamic.”

“I’ll often use Pro-Q 3 (specifically the dynamic EQ mode) and soothe2 to control harsh high end and boomy low end (especially in vocals and guitar). The RX De-ess is my go-to de-esser. For vibe-y warmth and grit, I’ve been using Arturia’s Tape MELLO-FI—the ‘wear’ knob is great for softening harsh metals like hi-hats and cymbals. For definition without literally boosting an EQ, I’ve been using Baby Audio’s Smooth Operator. It has a similar result to Xfer Records’ OTT. Bit reduction is another cool one. Ableton’s Redux can dirty up drums in a pleasing way.”

“Another fun trick is using saturation to turn vocals into a horn or flute-like instrument. I did this on the intro of ‘Way Out’ (released on August 24th through Majestic Casual). Lastly, I’ll use a preset of Ableton’s Hybrid Reverb called ‘Dirty Synth Room’ for some really gritty lo-fi ambience to add depth to certain tracks.”

4. Mistakes are a gift for inspiration

In a culture that promotes perfectionism, it can be all too easy to immediately forego or delete accidents. However, Bruner encourages us to embrace and lean into these moments. “One thing I love about collaboration is how mishearing can lead to unexpected ideas,” he tells us. “For example, Elias will be playfully noodling on guitar until I hear something cool. I’d stop him and try to play it on my guitar. He sort of wakes up from his trance and notices what I noticed. Together, we develop that small moment into a four-bar loop.”

“This is what happened for the ‘Daydreams’ sample. I took something I heard him play but played it in a different way, and then added a bass voice to outline a new chord progression. Then, he added high harmonic guitar twinkles and I added a vocal melody.”

And when simply unsalvageable mistakes do happen, Bruner reminds us to not take ourselves too seriously. “Laugh at your mistakes,” he says. “I mean, literally laugh when unexpected things happen during a session. Make it a habit. Think about it—would you rather cringe or laugh for the rest of your life? It’s just sounds. It’s not life or death. Be lighthearted when you create, especially with other people. If someone is taking the reins, let them.”

5. It’s important to find a balance between reflection and moving forward

Last but not least, Bruner encourages us to balance looking backwards with looking ahead. “This seems to be an undeniable truth for me—the more music you write, the less you care about the results,” he reflects. “In most cases, the music gets better, so you have no reason to be hung up on the last thing you made. You’re moving on to the next thing.”

“Of course, there is a time to step back and examine all that you’ve made in the last few months or year. When I step back, it’s only after I’ve written at least a dozen new demos. They might vary in terms of how produced they are, but I tend to conclude a demo once it begins to feel like a burden. If I find myself gain staging a vocal or cutting out little clicks, I know it’s time to move on.”

“To use a science term, I wait until I’ve accumulated a large ‘sample size’ of demos before assessing which ones I want to finalize. In a scientific experiment, a large sample size means you’ve collected enough data through completing trials. When you’ve collected enough data, you can assess that data and notice trends in the experiment that might prove or disprove your hypothesis. Those results are only significant if you’ve completed enough trials. This means your conclusions are more accurate and will be taken as fact rather than speculation.”

“So, increase your sample size (i.e. your song catalog). Compare and contrast all the music you make. Notice what you like and dislike. Take the results and use them to inform your next batch of demos. This is a very straightforward way to develop your sound.”

Michael Bruner recently launched a new Discord, intended to serve as a collaborative knowledge base for DIY musicians looking to improve their songwriting and arrangement skills. New members will get access to unreleased samples, song breakdowns, feedback, and more—join here.

Incorporate Michael Bruner’s original sounds into your own productions:

How to make lo-fi music: Tools, theory, and techniques

We examine the key characteristics of lo-fi music and explore how you can achieve the style’s distinctive sound. 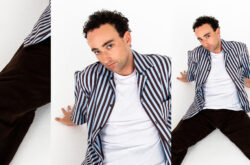