The illusion of perfection: Establishing concrete plans to achieve your goals 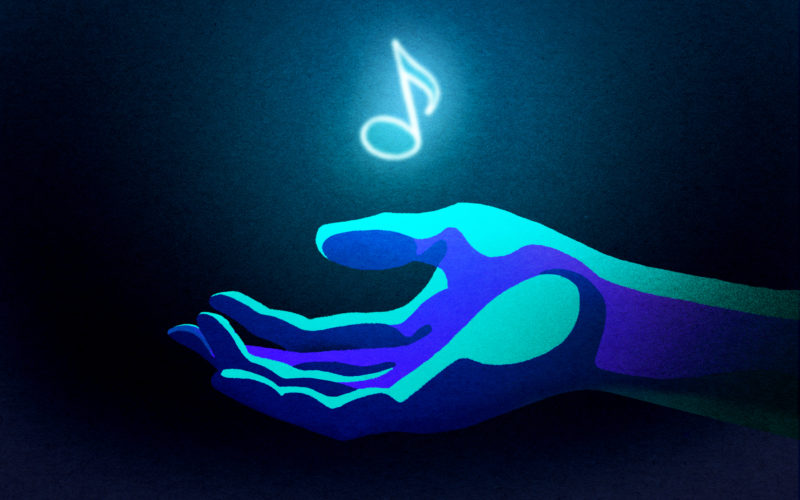 What’s the difference between a dream and an illusion?

Many artists would tell you that they’re pursuing their dreams when questioned about why they chose their career. When we think about dreams as scenarios projected in our subconscious while we sleep, there’s an inherent understanding that a dream is in fact an illusion. But a dream that we imagine in our waking reality must eventually become a goal. The process of turning a dream into a goal is simply the reconstruction of an illusion. If this is the case, why is it so hard to actually accomplish our dreams?

As musicians, translating ideas from our heads into melodies or beats is a common part of our creative process. However, this fundamental routine is also in ways a part of the macro-level goal of trying to convert your dream of being a successful music producer into reality. At some level, every beat, recording session, e-mail, or sample pack download are all small steps towards your goal. But what exactly are your goals, and how are you planning to get there? Many of us have a general idea of what we’re trying to achieve, but if you haven’t organized these goals into five-year, three-year, twelve-month, and three-month plans of action, it’s possible that you could be stuck in ‘the void.’

What is ‘the void,’ you ask? I believe the void is the liminal space between your reality and the subconscious. It’s easy to get lost in here, fixating on our illusions of the perfect life or dream career, and lose our grasp on the specificity required to make these a reality. When you’re in the void, you’ve trained your mind to follow a script based on your dreams, but you’re also still being influenced by the illusions that stem from them. I believe it’s in these subconscious illusions that we find some of our biggest barriers to success.

The illusion of perfection

The illusion of perfection, in my opinion, is a toxic idea in which you believe that in order to feel validation as a creative, you must meet these seemingly achievable prerequisites that are in some ways at the tip of your fingers, while simultaneously being entirely out of your grasp because they’re so vague.

I believe when you’re in the void as an artist, it’s like you’re painting with a big, broad brush as paint spills from the container onto your canvas. You continue painting with this large brush, but as more paint spills, it’s hard to distinguish what the image is supposed to be. As artists, we get so caught up in ‘the craft’ that we forget to step back and look at the bigger picture. After a while, it can become a mechanical practice to paint on the canvas of your dreams – without ever realizing that you can’t see the dream anymore, nor decipher which ideas are holding you back, because everything is a single distorted image. Essentially, the dream that you’re pursuing is an ever-changing illusion because you’re not being definitive about the outcome.

Being specific about your goals

I believe that when you pursue an artistic lifestyle or a creative career, you have to work at the micro level as much as you think about the macro level. Sometimes, the first step is cleaning up the spilled paint and using a finer brush. Basically, this means you have to truly get to know who you are and what you’re trying to achieve. This process may require removing ideas and beliefs that you thought defined you – when you strip away the subconscious predispositions you have about yourself, your career, and the industry, you can then start to identify with clarity the dream you wish to see manifested.

Specificity is key. The more you crystallize your goals and ambitions, the easier it becomes to form plans and steps, and the harder it becomes to get distracted. You can start to dismantle the illusion of perfection by creating a vision board or journal and letting all of your wildest dreams manifest in some type of physical form. From there, you create the roadmap. I mentioned earlier that if you start to map out your career in a few phases, it becomes easier to see what actions you need to take on a daily basis.

This is where you put your biggest dreams. If you want your life to do a complete 180, then here’s where you write down all the things you want to see happen. The five-year plan is a love letter to your future self that also lays out the tangible metrics that you can use to determine whether or not you’ve achieved your wildest dreams. These are the broad strokes that can change as you get more specific with your vision. Shoot for the stars in this plan, and then work your way backwards.

Within the process of creating your three-year plan, you should really be making three one-year plans. Once you know the general areas you need to hit, use this plan to hone in on year-one. What do you need to accomplish in the next twelve months to keep you on track for years two and three? This is a tricky spot because it’s easy to overestimate what you can do in a year. However, if you start thinking of yourself as a business and not some cursed artist, then you can start setting challenging but tangible goals for the year. From there, you can start to work on the quarterly objectives.

The three-month plan, or the quarterly plan, is actually how most businesses operate. You might already be set up to think in this way, because many schools also operate on semesters or quarters. Use this plan to focus on three to four specific things that are most important for the immediate future, and then divide your days and weeks into completing tasks that work towards these quarterly goals. The quarterly goals work to complete the annual goals, which in turn work to complete the three-year and five-year objectives.

This is just one example of how to organize your goals, but there are many different systems you can use. The most important thing is to become aware of the explicit vision, and what kind of tools and actions will help you achieve it.

One thing I enjoy practicing is a process called visualization, in which I try to imagine what it’d feel like to have all my dreams realized. I try to get into the headspace of the version of me who has already accomplished the goals that I’m currently working towards. What are his daily routines like? How does he communicate? How does he dress?

Although this may seem silly, what I’m trying to do is tune my brain to the frequency of my ideal self. By becoming mindful of who we’re trying to become, we start to dismantle the illusion of perfection. We start to realize that life itself can never be perfect, and our dreams and visions will inevitably change as life changes. Even if there are roadblocks that arise from these changes, as long as we know where we’re going, it’s hard to get lost. 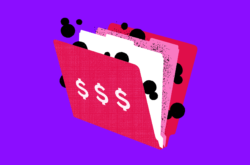 9 ideas for getting your music business organized

Here are some ideas of things you can do to get organized and set a strong roadmap for your music business and career this year. 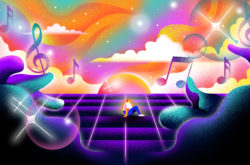 Let’s walk through some of the common factors that affect many musicians’ mental health, and some pathways to a healthier mind. 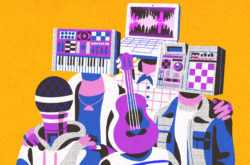 How to balance music production with family life and parenting

Whether you have just a partner or twelve kids, it’s important to strike a balance between being a musician and being present for your family.