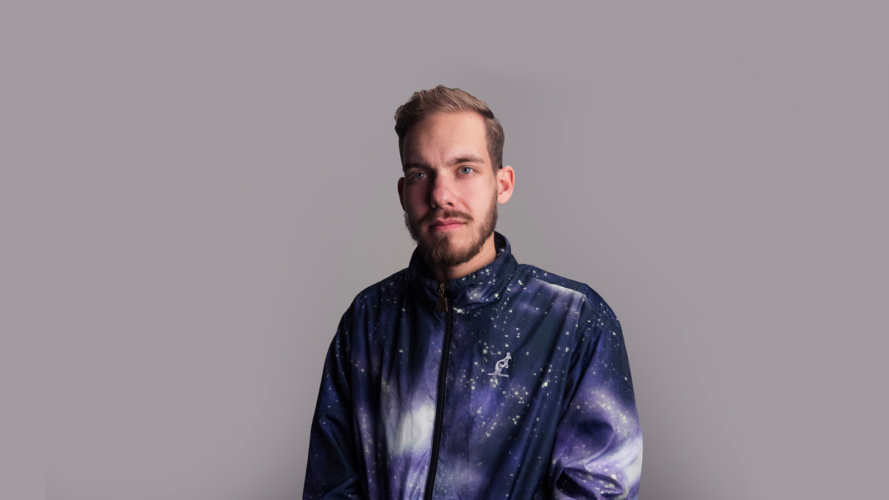 Known for his popular remix of Dr. Dre’s “The Next Episode,” which has currently 120 million views on YouTube, San Holo has since emerged as one of the fastest rising Dutch producers. He’s been releasing music on big labels such as Spinnin’ Records, OWSLA and most recently Monstercat with a new single, “OK!” The track is a collaboration with Jauz that they finished using Splice across the world.

We were able to catch up with San Holo last week, amidst his crazy schedule, to chat about touring life, producing music for the masses and how to reach out to your fans on social media.

Splice: You are currently on tour now, what’s the best and worst thing about being on tour for your creative process?

San Holo: The best thing is definitely meeting new people, seeing new places, getting to experience things from different perspectives. That’s very inspiring! I think a downside is all the traveling, the amount of time we spend in airplanes and waiting at the airport is crazy. Airports are not the most inspiring places to produce music.

Splice: When you were starting out, how did you get your music out there?

San Holo: I basically just uploaded music to Bandcamp. And sold it with the ‘name your price feature’. Later I discovered the power of Soundcloud when I uploaded some remixes (Dr. Dre, Outkast, etc) . They blew up like crazy, back then it was still OK to upload unofficial remixes to Soundcloud without having to worry about your account being taken down.

Splice: How different is the music scene in the Netherlands compared to the US? How has it influenced your music?

San Holo: The music scene in the Netherlands? Which one? No haha just kidding. Apart from a huge hardstyle and hardcore scene, there’s not really a scene for other underground bass music. That’s what I love about America, there’s actually so many fans of bass music here. I was blown away the first time I toured here. People go crazy to my music and really seem to appreciate it. In Holland people mostly end up drinking a beer, standing in a circle and talking to some friends during a set. It’s a cultural thing, I guess.

Splice: You’ve been a Splice user for sometime now; how has Splice impacted your workflow?

San Holo: What I really love about Splice is the automatic backup it makes when you save your session. When I tour I mostly don’t have a backup hard drive with me. Every time I made a track I’m really excited about on tour I was like, ‘I really hope my laptop doesn’t break down or get stolen before i get to back it up.’ Now I just back up my sessions right away to Splice and I don’t have to worry about it getting lost. Also, I love looking for samples on Splice, there’s even an app now. So when I’m waiting at an airport I can just endlessly look for new samples!

Splice: If you had only one EQ and Compressor to use, which would you choose and why?

San Holo: To be honest, lately I’ve been using Ableton EQ and compressor a lot actually. I think it does the job. If i really want to make a sound pop I use waves CLA 76 (also works well for parallel compression!)

Splice: You’re extremely active on social media and have a strong social following. Could you give us a few tips on how to grow your social presence?

San Holo: I’m not quite sure. Most people start following me after they listened to my music, or after they’ve been to one of my shows. I always just try to talk to them and reply to their questions, in real life and on social media. We’ve been documenting the San Holo journey from the start with our online series called ‘The Trip‘. I think people really appreciate that. It shows the traveling, the backstage fun, the crazy tour life, it’s pretty personal. People connect to that.

Splice: You and Jauz just released a new collaboration on Monstercat. Can you tell us how Splice helped you both finish the track from the road in different cities?

San Holo: Working on a project together is so easy when it’s uploaded to Splice. When you add something to a track and save it, Splice automatically saves the new version to the archive of the project. No more email threads about iterations or trying to find the latest version… it’s all very convenient. You can add a description and audio preview to every new save so everything you need to know about the latest version is all on 1 page. More than anything, it’s just soothing for me to know everything’s backed up.

Splice: If you could collaborate with anyone — alive or dead, real or fictional — who would it be?

Splice: That’s great! Thanks so much for taking the time to chat with us!

Remember to check out San Holo’s latest release with Jauz here. For more of San Holo’s music, check out his SoundCloud here.

How Datsik Uses Splice to Collaborate on Tour

Learn how touring producer Datsik uses Splice to backup and share all of his Ableton Live sessions. 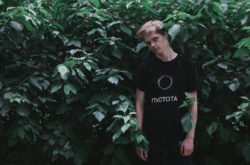 This week we had an opportunity to catch up with swooqy and asked him to tell us about his release, “Hybrid Trap Experiment.” 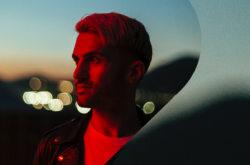 We sat down with Goldie Awards founder and DJ legend A-Trak to discuss what he’s looking forward to seeing in this year’s Goldie Awards, creating opportunities for the next generation of DJs, and more.