KREAM on producing and collaborating on “Taped up Heart” 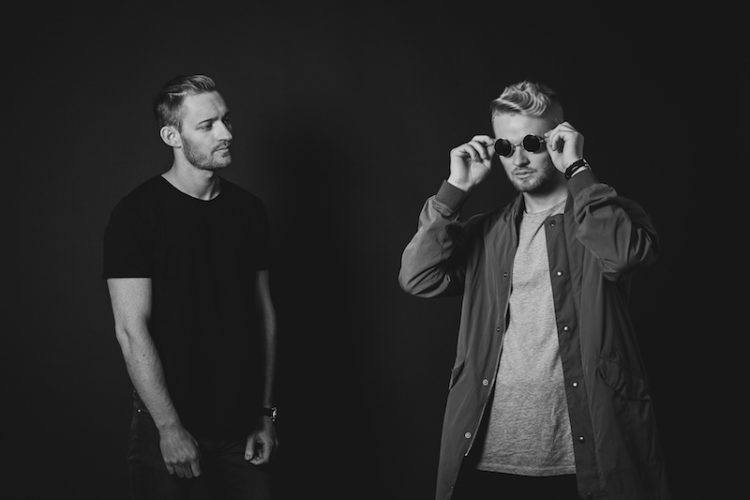 KREAM is a project focused on energetic dance music with an emphasis on classic songwriting. The Norwegian duo has already seen several remixes reach streams in the multi-millions, racking up 40+ million plays on SoundCloud alone. The pair quickly found a home at Big Beat/Atlantic this year, where they’ve been releasing numerous originals including the Viral 50 charting “Love You More.”

We get them to share insights into their creative process and production techniques on their latest single “Taped Up Heart” which has already garnered over 7.5 million streams on Spotify and is currently one of the Top 100 tracks streaming Globally and in the US.

S: Hey KREAM! Congrats on your latest release “Taped up Heart” ft Clara Mae. Could you give us a little introduction about yourselves and how you both got started in music?

We are Daniel and Markus, a producer/DJ duo under the name KREAM, and we’re also brothers. We have always been obsessed with music, but never actually learned any instruments when we were younger. At that time in our lives when we should be learning instruments, we were both actively involved in competitive jet skiing around Europe and the US. So we had a slow learning curve in the beginning of our musical production career. We started off just experimenting with different DAW’s and watching way too many YouTube tutorials. After doing this as our hobby for about 4 years, we started putting out tracks on SoundCloud, which worked really well for us. One of our first remixes, Tove Lo – Talking Body, got picked up by Universal Music, and did very well on Spotify.

S: Being brothers, is there a special chemistry that comes when you both work together?

K: This may be weird because we always work separately. I guess we just like to work on our own. But we have the same taste in music, and we usually always agree on what we like and don’t like. Usually one of us starts with a good idea and the other one gets inspired by it and starts working on it. This really lightens the workload and takes the pressure off having to finish all elements of a track yourself.

S: “Taped Up Heart” is your 3rd original song on your SoundCloud, how have you approached this song differently from the rest?

K: Usually we send out ideas to different vocalist and writers, but on this track we received an idea from Clara Mae, and we just fell in love with the topline. The demo was a lot slower and melodically very different. Also, the BPM was in the 100 range which we usually never do, but we really wanted to use the topline.

S: How has Splice affected your production process?

K: We have used Splice mainly for finding samples and learning from project files and remakes. We find remakes and project files particularly interesting because when you open up a project file from someone who knows what they are doing ,you can learn a lot really fast. Instantly seeing how they approach processing on different elements in a mix down to every detail. On a side note, I think the rent-to-own is the way to go for vst`s in the future. There’s not many young hobby producers that are able and willing to pay thousands of dollars up front for software.

S: Clara Mae’s vocal performance was spotless on the track. How was it like working with her? Did you guys work remotely?

K: Like many tracks these days, “Taped Up Heart” came together without us ever meeting Clara. For us this works really well as most of our past productions are based on remix jobs where we get acapellas sent to us over email.

S: The drop featured a mutated vocal sample – walk us through how you created that sound?

K: So the lead sound on the drop consists of a vocal chop with a sitar layered under it. We first wrote the melody of the drop with the sitar sound and later on added the vocal chop. The key is to get a timbre and envelope that fits the melody perfectly. Processing wise we mainly used camel crusher and Valhalla room on the vocal chop and the sitar.

S: Lastly, any advice/tips on how to make time for making music for young/upcoming producers?

K: If you are in the early stages and searching around YouTube for tutorials, be careful of what you spend time watching. There is a lot of bad information out there. Also, have a clear idea/vision of what you are trying to create during a session if you have limited time.

Thanks for having us!