How Jafunk and Aaron Pfeiffer collaborate and share the songwriting process 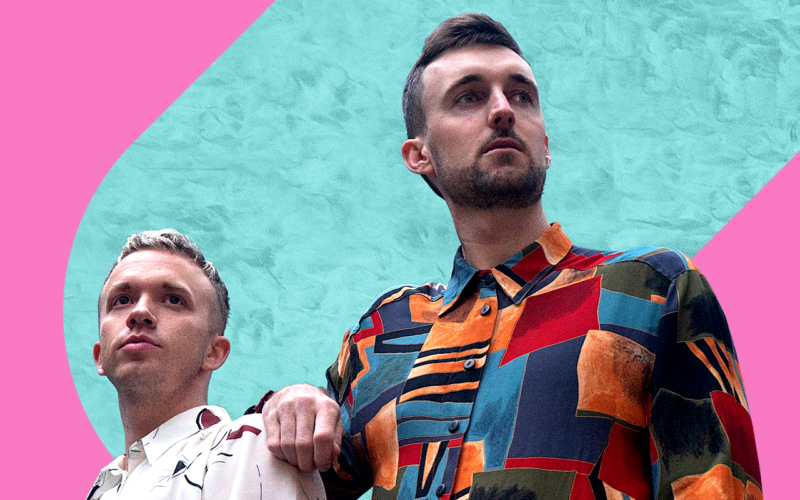 The three tracks of Jafunk and Aaron Pfeiffer’s upcoming EP Elevator Music came together thanks to a bit of impeccable timing.

Producer Jafunk had just moved to Berlin and was feeling creatively uninspired. Around that time, vocalist Aaron Pfeiffer was exploring Jafunk’s sounds on Splice and decided to reach out to him; a few studio sessions later, the two completed an EP. To celebrate the release of “See It for Myself,” the EP’s first single, we sat down with them to hear the story behind their collaboration.

Take a listen to “See It for Myself” below:

Can you tell us about the songwriting process and how you collaborated to bring the track to life?

Aaron: Lachlan (Jafunk) and I had been friends for about a year. We had collaborated on a few projects and I was very familiar with his Splice sample packs. He had just relocated to Berlin and I asked him to meet me in the studio. We had been a little frustrated with other projects at the time and were eager to start something fresh, something that just felt good. The two of us had similar tastes and the energy was just there – the music came about very organically.

Lachlan: In the first session, we wrote “See it for Myself.” I started with a drum groove and then laid some synth chords over the top. We both began ad-libbing melody ideas for the verse, and then Aaron wrote lyrics while I played in the bassline. At this point, we both sensed a unique energy in the room. I switched up the chords for the pre-chorus, and Aaron began to sing the melody. We felt we had created something special, and finished the session after writing the pre-chorus. We showed the idea to a few of our friends and noticed that it didn’t need any explaining — the music spoke for itself. We met up and finished the song over a number of sessions, while starting the ideas for the two other tracks on the EP.

Tell us about how your writing and production styles complement each other. Who brought what to the table – whether it was lyrics, chord progressions, structure, production, etc.?

Aaron: Lachlan is the producer with strong roots in piano, and I’m mostly the songwriter. Lachlan usually starts with some chords that he’s vibing with and adds drums and percussion to find the groove. I’ll literally just freestyle over the track until a melody clicks.

Lachlan: With this project, we wanted to take a much more free approach. In the past, I never really contributed to the songwriting side, but with Elevator Music I wrote some lyrics and experimented more with topline and melody ideas. I also encouraged Aaron to share his thoughts on the production and sound design side of the songs. I felt making music in this type of environment let the ideas flow a lot more freely, and allowed us to create without fear.

How do you go about mixing genres and styles? What’s the trick to touching on lots of different influences while maintaining one sound?

Aaron: We used similar synth and drum sounds on all three songs, which created a cohesive mood for the EP. We also really wanted to add live instrumentation to give it an organic feeling, so we had an incredible guitarist named Yuval Gantz lay down some lines that we could mix into the tracks. Lastly, I think that knowing what you want is key — being aware of the bigger picture as you create, and always going back to that.

What were the secrets to getting the sound of “See It for Myself” and the rest of the EP? What synths, plugins, samples, or production techniques helped bring the project to life?

Aaron: This project began with one specific vintage synth sound that you can find on all three tracks on the EP. We both fell in love with it; it sounded like a warped vintage Moog. For the vocals, I have to say we had a very contemporary R&B approach. They’re stacked and layered in a way that reminds me of an old Sade or Maxwell record. I dubbed lots of falsetto layers on the lead vocals to create a very ethereal mood.

Lachlan: Before starting to write anything, I had a strong vision of what I wanted the beat to sound like. It should be vintage, warm, harmonically rich, and wonky. This vision really dictated which synths and techniques I used. One of the main VSTs I used for the synth chords was u-he’s Diva, due to its warm analog sound. I also used Goodhertz’ Vulf Compressor a lot, which has a great ‘wow’ effect that modulates pitch; this added a lot of wonkiness to the sound. The Roland CR 78 drum machine was used a lot for the drums.

How did you track your vocals? What’s your collaborative process for writing toplines and lyrics?

Aaron: We used a USB mic to get the main ideas down, and when we were completely happy we went and recorded the final vocals on better-quality mics, either at friends’ studios or in rented ones. Lachlan does love to sing (and he’s secretly pretty good), so he does help a lot with refining melodies and harmonies, but typically lets me write all the lyrics.

Lachlan: Yes, generally Aaron writes all of the lyrics and melodies for the songs. I consider myself to be more of a lyric / melody adviser (laughs). Most of the time when I’m listening to music, I just hear notes rather than words, so I’m much stronger in making melodies than I am in writing. For the second track on the EP, “Waste of Time,” I came to Aaron with the beat and lyrics and a melody for the first verse. We ended up keeping the melody of what I’d written, but Aaron refined the lyrics so they sounded more smooth.

What are your thoughts on the intersection of creation and technology? Do you find that collaborating online makes work easier than ever, or do you still find magic in connecting in person?

Aaron: Creating music is always going to be a sacred thing. It takes a certain skill level from the people involved to achieve a synergy. However, magic can be created anywhere, and with art it usually comes from the most unexpected places. In the past, I recorded a song in my room on GarageBand and sent the stems across the ocean, and this particular song is one of my most successful to date. I think Splice and the internet are such vital tools for connecting and collaborating. Especially the sample packs — they have made it so easy to find inspiration and try new things.

Lachlan: Technology has definitely opened up a new way to create music, and it brings a different energy to the table. In the past, I’ve had instrumentals that I was about to throw away, but then received an amazing topline via email that brought the track back to life. You certainly get a bigger surprise when you receive an amazing vocal from someone you’ve never met in real life. There will always be magic in having a studio session with other creatives, and I don’t think anything will ever replace that. But I think having alternatives to studio sessions is a great thing; there’s no right or wrong way to create. If something works for you, then it’s good.

How do you hope others will respond to Elevator Music?

Lachlan: I think the beauty of these tracks and art in general is that they allow people to feel and react however they want. One person might have a completely different interpretation to the next, and I think that’s incredibly profound. 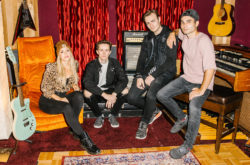 We sat down with TELYKast and CAPPA to discuss their songwriting process and how Splice facilitated the collaboration for their new EP. 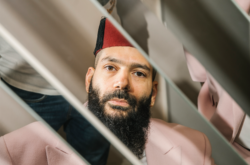