From Final Fantasy VII to Breath of the Wild, a history of video game sound design 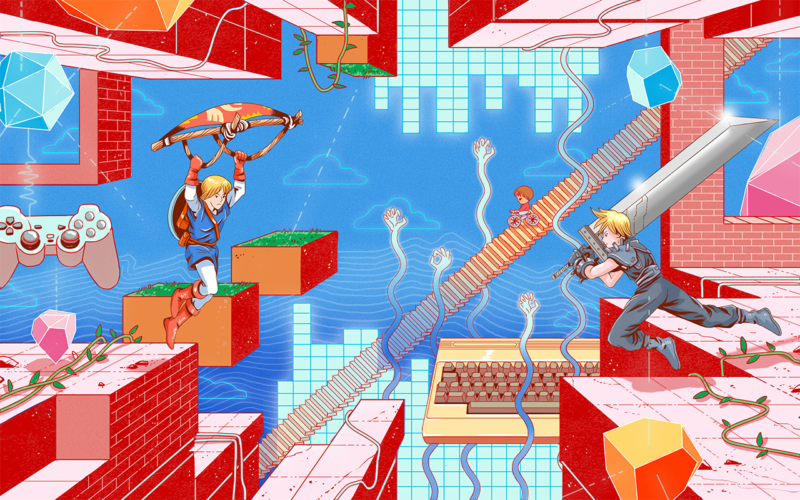 Compared to many of the other prominent art forms of the modern era, video games are still in something of a nascent stage.

New technologies which change and streamline the game development process release at a near constant rate. Games are still finding their footing in a lot of ways, which is exciting. Sound design in particular is in my mind one of the most important aspects of game development. Many prominent games and gaming hardware over the last forty years or so have pioneered new approaches to sound design and composition, both technological and philosophical. With that in mind, let’s take a look at a handful of games from the last few decades and how they changed the world of video game sound design forever.

One of the most important devices in the history of video games is the 8-bit Commodore 64 by Commodore International. This beauty was outfitted with MOS Technology’s programmable Sound Interface Device (SID), a synthesizer chip which offered composers and sound designers three channels, nine octaves, and four waveforms to work with. It wasn’t much, but limitations often enhance creativity; the demoscene which spawned outward from the C64 and MS-DOS platforms amongst others continues to be a hugely important and widely influential hub of DIY visual artists, game creators, and of course, musicians.

As the C64 and its succeeding Commodore Amiga were not merely video game platforms but home computer systems, it’s a bit harder than it will be later to nail down a particular game which defines MOS’ pioneering SID chip. Due to its limitations, developers were forced to compromise on how they chose to allocate the available channels. Games like Broderbund Software’s Lode Runner, Atari’s Gauntlet, and Taito’s Arkanoid chose to incorporate sound merely as gameplay feedback, aside from quick musical stingers during menu screens and attract modes in arcade versions. Others like Capcom’s Ghouls ‘n Ghosts and Bionic Commando and Special FX Software’s Batman: The Caped Crusader focused on music, with few sound effects present during core gameplay.

See also: the High Voltage SID Collection, which continually compiles together new SID tunes made with modern tools such as Music Studio and GoatTracker.

The year is 1995. A team at esteemed role-playing game developer Square is struggling to get a sequel to their landmark game Final Fantasy VI off the ground. Sony’s PlayStation, with its CD-ROM disc alternative to the clunky and outdated cartridge-based solution used by Nintendo, had already been out in Japan for about a year and was just launching stateside. Three-dimensional polygonal visuals were the future. FM synthesis and stereo audio with digital playback had already made a big splash during the 16-bit era of the Super Nintendo, the Sega Genesis, and NEC’s TurboGrafx-16. Square had to make a choice: make another anodyne Final Fantasy sequel for the fading Super NES, or experiment with powerful new technology which could bring Final Fantasy to new places and a new burgeoning audience under Sony’s popular new platform.

Of course, they would choose the latter and create the now-legendary Final Fantasy VII. Compared to the three channels available on the Commodore 64, the five available on the NES, and the eight available for the Super NES, the PS1 offered 24 whole channels, eight of which were reserved for sound effects. The rest were dedicated to music, which composer Nobuo Uematsu would lap up. Though at first he had desired to employ CD-quality Red Book standard music, it proved to be too much for the PS1’s CPU, leading to overly long loading times. Music and sound effects were instead all MIDI files interpreted at runtime by the PS1’s audio processor, as was industry standard. This gave the approximation of orchestral symphonies, piano sonatas, haunting organ chords, and sword swipes, all dipped in a digital patina. Some today write off this period in games as obsolete and beholden merely to the time of their development, but these games were influential for many. Late 90s aesthetic-revival games like Paratopic and All Our Asias brought back low-poly visuals and MIDI music to create stories not often seen in games back then.

When thinking about sound design in video games of the 2000s, Yume Nikki won’t necessarily be the first game to come to mind for a lot of people. That said, Yume Nikki is a quietly important game for many reasons. The game addresses mental illness and depression using protagonist Madotsuki’s dreamscapes as a vector to explore these issues. This is a mechanics-light game; you walk around and explore various worlds, and you can interact with a handful of objects in the world. Yume Nikki is almost completely wordless and largely without a formal plot. In turn, visuals and particularly the music and sound design do a lot of the heavy lifting. Luckily, Yume Nikki has a wide variety of original music by creator Kikiyama to fit its flustering worlds, from ominous ambient synthesizers to experimental sound collages. The repetitiveness of the music showed how compositional structure can combine with game pacing to create a feeling of disorientation. Similarly experimental compositions existed in more traditional horror games like Silent Hill, Resident Evil, and Clock Tower, but here it’s as if the music and sound are mechanics in and of themselves out of necessity.

Alongside Studio Pixel’s Cave Story and Nifflas’ Knytt, Yume Nikki was one of the first modern independent games to develop a cult fanbase. It inspired a wealth of fangames, albums, and fanfiction. While none of Yume Nikki’s constituent elements (including its approach to sound design) were revolutionary in a technical sense, that wasn’t really the point; through its unusual structure and haunting MIDI compositions that draw you into its precarious and uncertain world, Yume Nikki showed that building new worlds by one’s lonesome is possible.

The Legend of Zelda: Breath of the Wild has some of the most captivating soundscapes I’ve ever had the pleasure of experiencing in a game. It’s the way the wind blows through trees while a babbling brook bubbles about nearby, fish darting around in an open reverie. It’s the way your footsteps sound pitter-pattering atop boulders and blades of grass. It’s the somber piano keystrokes that dart about here and there. But most importantly, it’s the way these sounds so acutely complement the floral ecologies which permeate every inch of Breath of the Wild’s expansive portrayal of the storied land of Hyrule. The harsh winds blowing in the negative space between crumbled architecture evoke a world past its prime, destroyed yet still lingering about in some way. The sounds which emanate out of every living piece of Breath of the Wild’s authentic world make a place unto themselves.

Breath of the Wild largely does away with the sweeping horn sections and flowery string arrangements of The Legend of Zelda’s past in favor of lighter mood music which evokes John Cage and Ryuichi Sakamoto. This is unusual compared to the majority of AAA games developed by large companies, which tend to go for loudness and bombast. Through its expansive audio landscapes, Breath of the Wild proves that other futures for sound in video games are possible and worth exploring.

As more and more people from different backgrounds get into game design, the art and craft of game sound design will shift, evolve, and further stratify itself. David Lynch often says that cinema is sound and picture moving together in sequence, and that different sounds have a way of changing the picture itself. Games bring input into the mix, which adds another little hitch to this configuration; sound design must be reactive to the player experience so as to justify the notion of their agency. That said, the principle remains the same. Sound design is crucial to the experience of a game, and I’m excited about the new directions this craft will bring to games in the future. 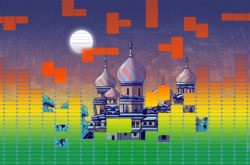 Hydelic on creating music for Tetris Effect, their creative process, and more

In this interview, we spoke with Hydelic on their experience composing music for Enhance Games’ Tetris Effect. 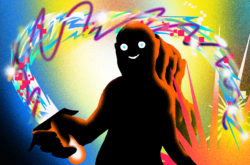 How to design a weapon sound for video games

Let’s explore the steps, techniques, and considerations that go into designing a high-quality weapon sound for video games. 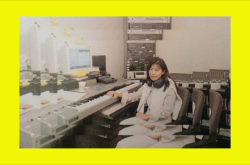 Learn about how Yoko Shimomura went from tackling her first projects to crafting the timeless soundtracks of the Kingdom Hearts series.