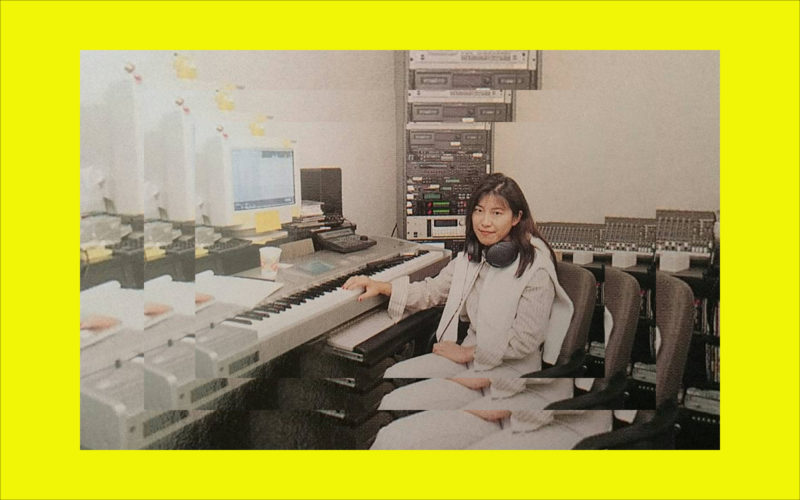 Yoko Shimomura has been crafting the soundtrack to countless childhoods for decades.

One could even call the epic, classically-inspired sounds of the Kingdom Hearts, Parasite Eve, and Street Fighter II themes to be “perfect.” In a male-dominated video game industry, Shimomura carved her own lane and cemented her place in soundtrack history through her work at developers Capcom and Square Enix. In celebration of Asian American and Pacific Islander Heritage Month, learn the story behind the legendary composer and her iconic works.

Yoko Shimomura was born in Hyogo, Japan in 1967. From a young age, she was fascinated by classical music and began playing piano in junior high school. She was unsure about pursuing a career in composition and figured piano teachers were in high demand. While getting her degree at the Osaka College of Music in 1988, she happened upon a classified ad for composers at Capcom. Although she had no compositional experience, she loved arcade games and fought for the position.

Shimomura struggled at Capcom initially, telling Red Bull in 2014, “I only learned about composition in class as a minor part of a standard music education… It was really tough after joining. I got really down, and even cried on my way home sometimes.” Her parents disapproved of working in video games, hoping she’d find stable income as a piano teacher. In her early days, she took inspiration from Mozart, Chopin, and Ravel as well as video game composers like Koji Kondo, whose earworm sense of melody encouraged Shimomura to approach scoring like crafting jingles.

What struck Shimomura was the diversity of Capcom’s music department. The top composers across departments were women, and she quickly felt at ease working on her first project. She began her career with Street Fighter II in 1991, the groundbreaking combat game that inspired decades of copycats. Shimomura strived to craft loops that didn’t get annoying or repetitive, focusing on writing simple melodies that wouldn’t get tiresome even after countless listens. For characters of different backgrounds, she sketched loose ideas embodying the “feel” of a country, like the tablas in Blanka’s theme. She carefully studied the game’s art sketches and environments, like the night markets of Chun-Li’s stage and the ornamental elephant from Dhalsim’s stage.

Shimomura programmed the music directly on a Yamaha YM2151, SEGA’s sound chip for their games. She would compose melodies via MIDI on her computer and then transfer the MIDI data directly into the chip. The YM2151 was an FM sound chip, so she would scroll between different FM settings until she found ones she liked. From there, Shimomura would tweak until approximations of acoustic sounds were reached. Before leaving Capcom for Square Enix, she started a band with the other female composers of Capcom called Alpha Lyla, which performed the soundtracks of their games live.

With an increasing interest in the classical themes of role-playing games, Shimomura left the arcade beat ‘em ups of Capcom for the immersive worlds of Square Enix—the developer of Super Mario RPG, Parasite Eve, and Legend of Mana. As her career progressed, the technical capabilities of video game music also evolved, with Parasite Eve being the first score of hers to feature a vocal composition.

While she names Street Fighter II and Super Mario RPG as major milestones, Shimomura (alongside critics, players, and music enthusiasts) considers Kingdom Hearts—from its first installment in 2002 to latest releases—to be her magnum opus. “I don’t really know why I was selected,” she later joked to the Square Enix blog in 2020. “Maybe it was because my schedule just happened to be free at the time!”

As with previous games she had worked on, Shimomura was limited to the technical aspects of the Playstation II’s sound engine. “The sound came from hardware,” she explained. “Tone generators, synths, samplers, and so on. We were only able to record two songs in the studio—the majority of the sound was generated internally by the PS2.”

One of the game’s most iconic tracks is “Dearly Beloved,” which serves as the opening theme for every installment. The composition merges Shimomura’s classical background and a soaring, emotive orchestral arrangement reminiscent of Disney’s golden age of animation.

“Dearly Beloved” was the first composition crafted for the game and came to life while Shimomura was playing an early demo. The imagery of long stretches of sea and crashing waves from the Destiny Islands setting brought forth a wave of creativity.

That said, it wasn’t always songwriting sparks and breakthroughs for Shimomura. One track she struggled to finish was “Lazy Afternoons,” off of the game’s 2005 sequel. Director Nomura felt the track wasn’t quite landing in terms of melody, and didn’t strike the wistful tone he was looking for.

One night, Shimomura sat on her patio and watched the sunset. Motivated by taking a break, she went back to the drawing board and brought the track to completion. “It was a sense of accomplishment to work on those songs,” she told GameInformer in 2017. “They give me new challenges to take on and it definitely helped with my own growth. It’s a very inspirational series.”

What Yoko Shimomura is working on today

Kingdom Hearts went on to become a massive success with many sequels to date, and is one of the best-selling game series of all time. Shimomura left Square Enix on maternity leave in 2002, and has since worked as a freelance composer. In addition to continuing work on the Kingdom Hearts franchise, she has led her talents to 2016’s Final Fantasy XV and Nintendo’s ongoing Mario & Luigi series. She also began performing with an orchestra in 2015 to play works spanning over 45 video game soundtracks. An awe-inspiring composer and a trailblazer for women in video games, Yoko Shimomura and her dearly beloved works live on in the hearts of many. 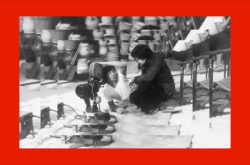 Let’s explore how four brothers from Hong Kong laid the groundwork for the creative direction of the legendary hip hop ensemble, Wu-Tang Clan.