What is waveshaping? How to add color to the simplest of sounds 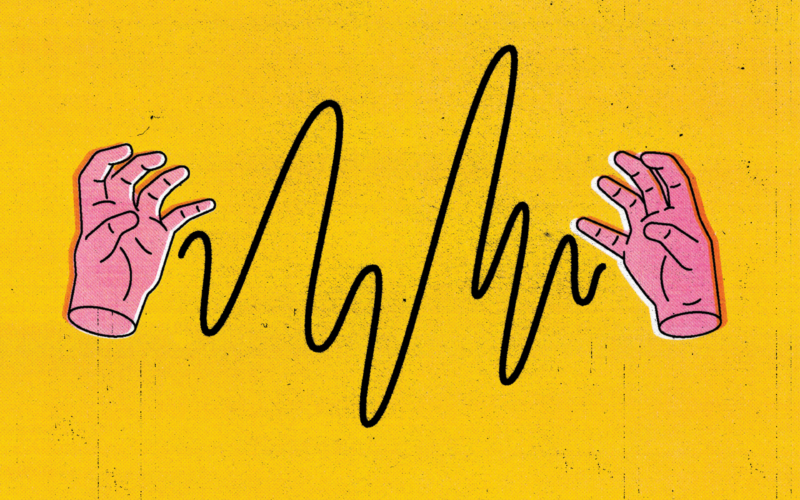 Understanding what waveshaping is becomes a lot easier when you realize that it does exactly what its name implies.

For example, a simple sine wave manipulated by a waveshaper will take on a new, potentially more complicated shape, while having a richer and more harmonically complex sound. Under the umbrella of waveshaping are several techniques that re-shape waves in different ways—in this article, let’s explore two particularly popular methods with the help of Minimal Audio’s Rift.

If you’ve ever heard a distorted guitar, then you’ve already heard waveshaping in action. Check out this dry guitar recording:

Now, listen to how the same recording sounds after Rift applies some heavy waveshaping:

Though the terms are often used interchangeably, clipping is simply one common form of distortion. Clipping occurs when a sound source meets a threshold set manually by a clipping tool, or permanently by the limits of the software / hardware. Once the sound hits this threshold, the waveform begins to flatten against it. Clipping comes in two flavors: soft (where edges are rounded as they flatten) and hard (where hitting the threshold results in sharp corners).

Thanks to Rift’s great visualizer, you can see the shape of the input transform in real time as we feed it a sine wave and crank up the intensity of the waveshaper:

This eventually gets us to approach a square wave, which is the result of all of the overtones created when hard clipping the signal.

With wavefolding, instead of clipping the signal at the threshold, what would’ve passed it is flipped upside down and added to the original wave. It’s as if the threshold were a mirror, reflecting the wave back onto itself. Here’s an example, using a sine wave again:

Here’s another simplified visualization with MOscilloscope:

You can hear that wavefolding creates a more metallic, harmonically complex version of the original sine wave. The technique is useful for both creative and practical applications in sound design—for example, check out how we can use Rift to create an old-school telephone ring as heard by the caller:

I did this by using the PULSE waveshaper and playing a sine wave at F3 and G3 simultaneously.

Here’s another preset made from scratch that gives movement, weight, and grit to a static sine wave:

At the end of the day, we’ve only scratched the surface of what’s possible with waveshaping. Do you know of any other techniques or use cases? Let us know in the comments below.

Incorporate the world of waveshaping into your own music with Rift: 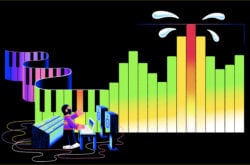 What are inter-sample peaks and true peaks?

Learn about what inter-sample peaks / true peaks are, why and where they occur, and to what extent you should pay attention to them when creating music.