For example, few would have anticipated the content in the spontaneously-dropped cinematic trailer for his upcoming album Eternal Atake, which features cybersecurity breaches and UFO abductions.

Another equally unexpected creative decision that Uzi brought to his highly-anticipated album is his single, “That Way,” which was released earlier this week. The track features none other than the hook from the Backstreet Boys’ enduring hit “I Want It That Way.” What’s more, allegedly the vocals aren’t borrowed from the boy band’s original performance, but rather, the KIDZ BOP rendition, according to Genius.

The juxtaposition between the two contrasting artists even caught the track’s producer (and avid sample pack creator) Supah Mario off guard. “I don’t know how the Backstreet Boys got involved in this song,” he admits. “I really don’t. I think that was all Uzi – but it was a game changer [laughs].”

Supah Mario continues: “Once I heard it, which was literally a day before it came out – this is the first time I’m actually hearing lyrics on this beat – I was like, ‘Oh, this might be a hit. This might be a hit.'”

Learn more about how Supah Mario first connected with Lil Uzi Vert, how “That Way” came together, and more in our exclusive video interview above.

Incorporate Supah Mario’s bold sounds into your own productions: 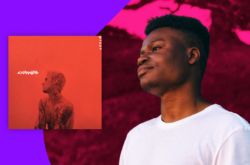