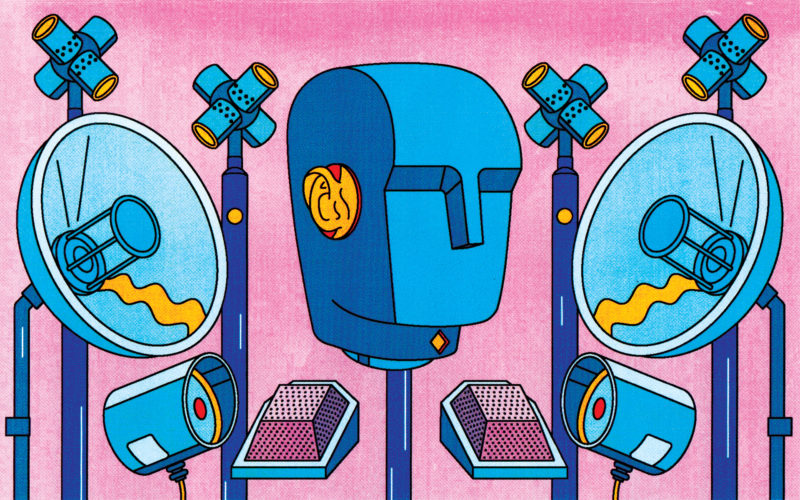 Want to capture sound underwater, or zoom in on a distant conversation?

Yep, there are microphones for that.

While some of the actual microphones being used may already be familiar, what’s truly unique about these recording setups is how incredibly specialized they are. These unconventional designs make it possible to record sound in new ways and in sometimes challenging environments. In this article, we explore some of these unique microphones that you may have not known about.

Let’s start with the parabolic microphone, which gets its name from the parabolic reflector that collects and focuses incoming sound waves, just like a satellite dish. The microphone itself is pointed at the center of the reflector so it can pick up the waves as they bounce off. This provides a lot of sensitivity in whatever direction the dish is being pointed in, and can pick up audio from up to 50 meters away.

This design has a wide range of applications from recording nature sounds and outdoor sports to being used by police and intelligence agencies. In search and rescue situations, a parabolic microphone can potentially help detect someone far beyond the normal range of human hearing. That said, the main issue with these setups is that they can’t record low frequencies very well due to the small size of the reflector dish, which makes them less attractive for high-quality recording.

Instead of measuring changes in a magnetic field or electricity like most conventional microphones, fiber-optic microphones record changes in the intensity of light. There’s still a diaphragm that vibrates when it’s hit with sound waves, but that diaphragm is also illuminated by laser light, and it’s those shifts in the reflected light that are captured and converted into a recorded signal.

These microphones actually have amazing dynamic range and frequency response, along with the added benefit of being totally immune to any outside interference from magnetic, electrical, static, or radioactive fields. This makes fiber optic microphones perfect for use when monitoring industrial equipment, in MRI labs, and for applications like noise canceling.

Boundary microphones usually consist of a condenser mic inside of a flat housing that’s meant to be placed on a flat surface in order to pick up sounds that might bounce off of it. This setup is great for capturing audio from multiple sources in an environment, even one with a good deal of reverb and delayed reflections that might negatively affect a recording. You’ll often find boundary microphones on conference room tables, in large churches, and on-stage to record live vocals during musicals and plays or various foot and body sounds during dance performances.

Hydrophones are—you guessed it—microphones under the sea! These specialized devices have been built to properly measure sound waves in liquid water, which travel over four times faster than in the air with a pressure that’s many times greater. Early hydrophones were used in late World War I by submarine crews to find targets; even after sonar technology came about, hydrophone arrays helped the U.S Navy track Soviet submarine movements during the Cold War. Today, they continue to be used by organizations like the National Ocean Service to track fish movements, as well as the environmental impact of both manmade and natural acoustic events beneath the waves.

A binaural setup is pretty simple in concept—a set of omnidirectional mics spaced about a head’s width apart capture incoming sound in two channels (one for each ear), which can then be played back over headphones for an immersive spatial audio effect that’s very close to how we naturally hear things. However, some companies will take things to the next level by modeling a set of ears, an entire human head, and even an upper torso to house the microphones. These expensive designs are meant to more accurately reproduce the small reflections and filtering that affect incoming sound waves before they enter the human ears, thus increasing the overall fidelity (and immersion) of the recordings.

Ambisonics takes spatial audio even further with sophisticated recording setups involving multiple microphone capsules that can effectively capture sound in a three-dimensional space. There are a few different setups that can be used here, with the soundfield design consisting of four individual microphones arranged in a tetrahedron. This allows the mapping of sound on the X-axis (front-to-back), Y-axis (left-to-right), and the vertical Z-axis (up-to-down) in relation to the microphone’s position. Once those signals are put into an ambisonic format, the audio can be played back across a wide range of different surround sound setups.

Are there any unconventional microphones that we missed? Let us know in the comments below! 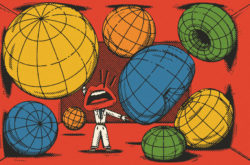 Let’s explore some of the most common microphone polar patterns, and how they can make a difference when used with intention.