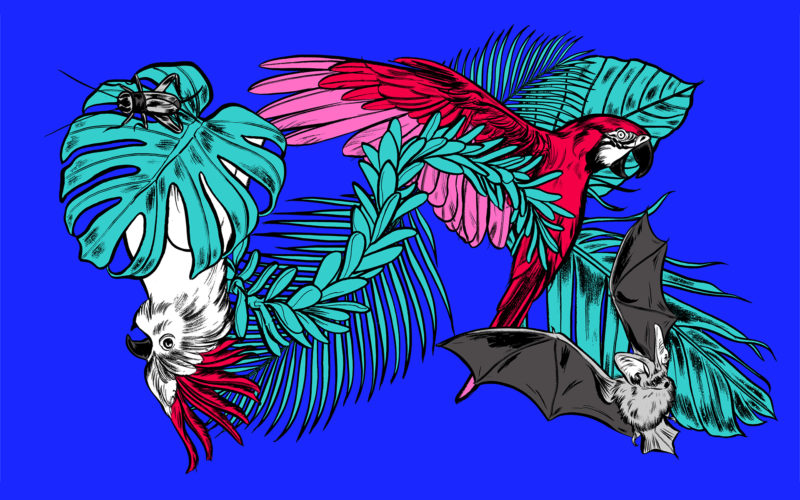 We may view music and sound as uniquely human experiences, but the truth is that they’ve shaped our natural world for millennia.

Sound plays a pivotal role in the animal kingdom, with many species evolving specific traits and behaviors that rely on it in order to ensure their survival. In this article, we’ll examine ways in which different species have used sound to their advantage, as well as the potential for animals to connect with traditional music created by humans.

Let’s start with some of the most common sounds associated with animals: the ones they actually make themselves. Few sounds can evoke a mood quite as effortlessly as that of birdsong; it’s often what wakes us up in the morning and helps us seize the day ahead with enthusiasm and energy. The same could be said of the soft, organic drone made by crickets chirping on a warm summer night, which many people credit with helping them relax or fall asleep. In truth, these sounds are a lot more than just pretty textures. While “bird calls” are pretty short and simple vocalizations for alerting others, “bird songs” approach full musical compositions complete with repeating motifs and sometimes even multiple variations of the same tune. The primary function of these sounds is to attract a mate, with scientific evidence even pointing to male birds having greater success the more they’ve learned a song. With quality as a potential measure of fitness, this also makes birdsong effective as a way for competing males to defend their territory. Practice really does makes perfect!

These same motivations are behind the signature textures produced by insects like grasshoppers, crickets, and cicadas. Male crickets generate sound by scraping specialized portions of their wings together, which make the thinner portion of the wings vibrate and further amplify the sound. Grasshoppers follow a similar approach but use their long legs instead of their wings. Cicadas produce the loudest sound of any insect (sometimes reaching as high as 100 dB) by rapidly snapping membranes of their abdomen and letting the vibration travel through parts of their body to increase the volume (to be clear, that 100 dB-measurement is for the song of just one cicada).

Beyond using it to communicate with members of the same species, several animals employ sound in incredibly specialized ways in order to locate and hunt for prey. The most common example is echolocation, which works on the same principle as active sonar. An animal produces a sound and then listens to the echoes of those sound waves as they bounce off of objects (or other animals) in the surrounding environment. The time delay between the creation of the sound and its echo is interpreted by the brain as distance, while differences in time and volume of the sound as it returns to each ear can help measure direction and location. Specialized biology (in particular, a brain that can interpret small differences in sound) allows animals like bats to effectively locate and even identify other animals in complete darkness.

Toothed whales like dolphins, porpoises, and killer whales also use echolocation to help them survive in an underwater environment where visibility is poor, but in which sound actually travels over four times faster than it does above the surface. A dolphin will generate powerful clicks in its nasal passage which are then focused into a concentrated beam as the sound waves pass through its fatty forehead, known as a melon. Interpreting the echoes of these sounds allows animals like dolphins to measure the distance, shape, size, speed, and direction of moving objects, even in the murkiest of waters.

Animals have harnessed the power of sound in a bunch of different ways to help them navigate, hunt, defend themselves, and even attract potential mates. But the ultimate question remains: can an animal other than a human actually interact with music on a deeper level? We often congratulate parrots on their ability to mimic both natural and man-made sounds, but they also happen to be one of the few animals that have exhibited a uniquely human behavior called rhythmic entrainment. Tapping your foot or clapping your hands in sync to a musical beat are examples of this ability, which hasn’t been documented in primates, but has been seen in other animals.

Snowball, a sulphur-crested cockatoo, began showing signs of his love for dance at an early age by bobbing his head and rhythmically lifting his feet to pop songs like “Everybody (Backstreet’s Back)” by the Backstreet Boys. Since then, he’s been at the center of numerous studies and has stunned scientists with his innate ability to dance to human music and even adjust his own movement to a tempo. Unlike humans, not every cockatoo can do this. Snowball is definitely special and is joined by a growing list of animal prodigies like Ronan the sea lion, a mammal that doesn’t have the same capacity for vocal mimicry as parrots.

Ultimately, this becomes a difficult phenomenon to fully explain when you try to remove human training from the equation, since Ronan was trained to match her head movements to music and much of Snowball’s early life remains a mystery. It’s even harder to figure out if they actually enjoy dancing the way we do. But if dolphins can shoot sonar out of their foreheads and cicadas can create deafening noise by literally shaking their butts, the idea of a dancing bird becomes just a tiny bit less far-fetched. 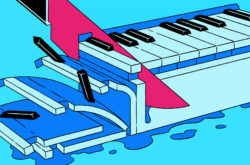