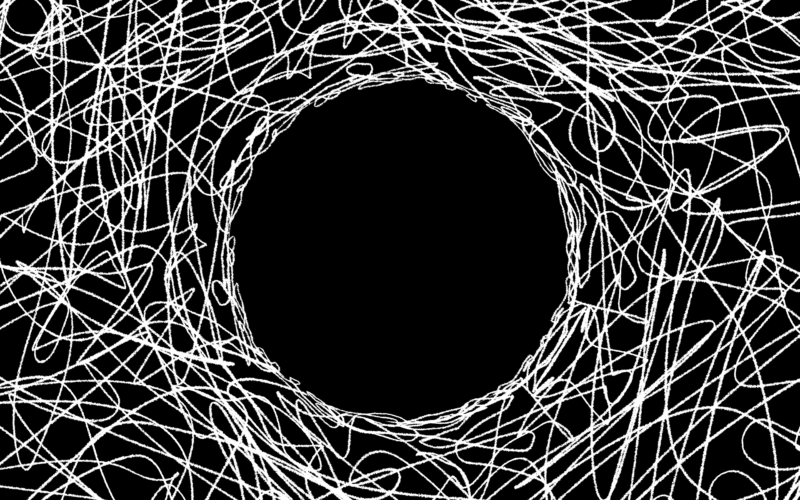 My noise-cancelling headphones are my best friend.

They block out the screech of train brakes, the hum of an AC unit, or the roar of a jet engine, reducing otherwise ear-splitting sounds to an almost-pleasant background hum. Even as I write this sentence, I’ve got noise-cancelling headphones blocking out the dulcet tones of my coworkers’ conversations. In this post, let’s take a look at how noise cancellation works.

How do noise-cancelling headphones work?

Technically, all headphones have some sort of capability for passive noise cancellation. If the headphones go all the way over your ears, they physically block out some of the vibrating air that would otherwise be entering your eardrums for your brain to interpret as unwanted noise. Even something as simple as sticking a cotton ball in your ear qualifies as a form of passive noise cancellation.

To understand how active noise cancellation works, let’s think about what noise is. The signal that the listener wants to hear is coming from the sound source through the headphones, and the noise is anything coming from outside that might interfere with the listener’s ability to hear the signal.

Keep in mind that at its most basic level, sound is a pressure wave. When we look at a waveform, we’re looking at a representation of the compression and rarefaction of air. If we were to play two identical waves at the same exact time, we’d hear the same thing we’d hear if we played only one, except at a greater amplitude. However, if we were to move one of the waves out of phase by 180 degrees, we would hear nothing! When one signal is played at an inverted phase, the peaks and troughs of the two identical waves cancel each other out. If two signals cancel each other completely, you can say that they phase cancel, or null, with each other. This is an important technique in many other audio engineering applications as well, but we’ll have to revisit that in another blog post.

So, how does this relate to headphones? Well, active noise cancelling headphones could technically be referred to as headsets since they have microphones embedded within them. The onboard mics record the outside noise that’s meant to be cancelled, and then the headphones’ DSP (digital signal processing) chip analyzes the noise, using the manufacturer’s algorithms to predict the most accurate possible representation of the outside noise that the headphones’ mics are picking up. Then, the noise is removed from the signal via phase cancellation as the headphones invert the phase of the noise and add it to the playback, resulting in less outside noise reaching the listener’s ears.

Although they might be more comfortable than your studio cans, using noise-cancelling headphones for music production might not necessarily be the best idea. As outlined above, active noise cancellation will alter the input signal, which would be unacceptable for mixing and mastering applications where detailed listening is important.

Cost is another limitation of active noise cancellation for consumer audio. The tiny mics, powerful DSP chips, and proprietary algorithms are quite expensive, especially compared to passive noise cancellation options. If you’re already working in a relatively quiet space, or if you’re looking to use them for studio applications, I would recommend an open-back or semi-open-back pair of headphones instead of circumaural noise-cancelling headphones.

Hopefully, you now have a better understanding of how noise-cancelling headphones work and what applications they might be useful for. Time to sit back and enjoy your music instead of the scream of ablative material coming off the brakes as the train pulls in for your morning commute. Happy nulling!