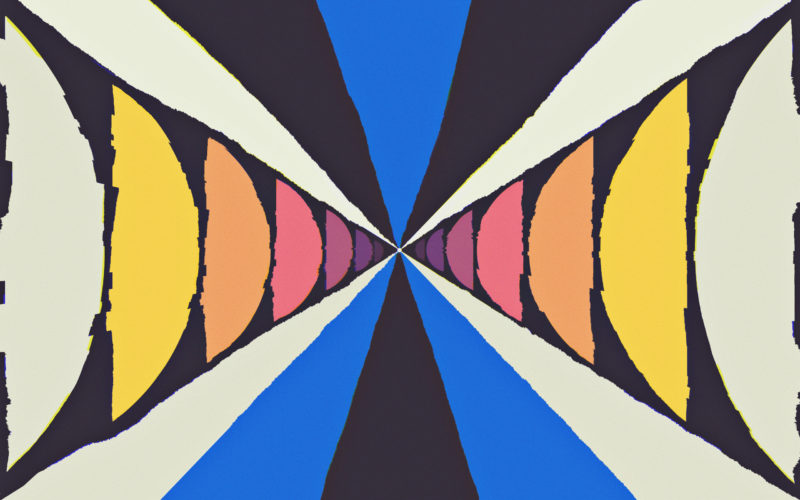 Compression is an indispensable tool for the music producer, found across individual tracks, mix buses, and mastering chains.

Compressors are also well known for having distinct characteristics depending on the circuitry (or in the digital world, the programming,) of the particular model. This raises the question – which compressor works best for you?

Up next in our “Best of Free VST” series, we searched for five of the best free compression VST / AU plugins out there. All the plugins listed have versions compatible with both Mac and Windows and are relatively up-to-date with current operating systems. Some are available directly from Splice’s Plugins catalog.

Be sure to check out the Splice project at the bottom of this article for a demo of the five plugins along with a download of our free custom presets!

As you might guess from the name, Audio Damage’s Rough Rider is a compressor best suited for aggressive pumping rather than subtle attenuation. The compressor has a warm, vintage sound that can add desirable harmonic content to a drum buss or lead guitar. If you’re going for transparency, look elsewhere, but for compression that leaves its mark Rough Rider will do the job.

Klanghelm’s MJUCjr is a compressor that gets a lot of mileage out of minimal controls. A single “Compress” dial manages the ratio and threshold of the compression, while the three-position “Time Constraints” switch simultaneously controls the attack and release times.

Its digital emulation of tube compression provides some colorful saturation, and the compressor can handle smooth attenuation as well as more aggressive pumping. MJUCjr certainly isn’t a compressor intended to be deliberately fine-tuned, but some experimentation can create surprisingly pleasing results (and save the headache of adjusting a dozen parameters).

The SAFE Compressor is a relatively transparent compressor that excels in subtlety in comparison to the biting Rough Rider or tube-emulating MJUCjr. It has all your standard compressor parameters (threshold, ratio, knee, attack, release, and gain) alongside a simple graphic display that offers a visual reference for your compression curve.

What makes the SAFE Compressor unique is how the user can upload and download custom presets made by other users via Semantic Audio’s server. This nifty feature allows for the SAFE Compressor to have an unlimited number of presets that can be experimented with endlessly.

SAFE Reverb is compatible with Mac OS X 10.6 and later as well as Windows and Linux. 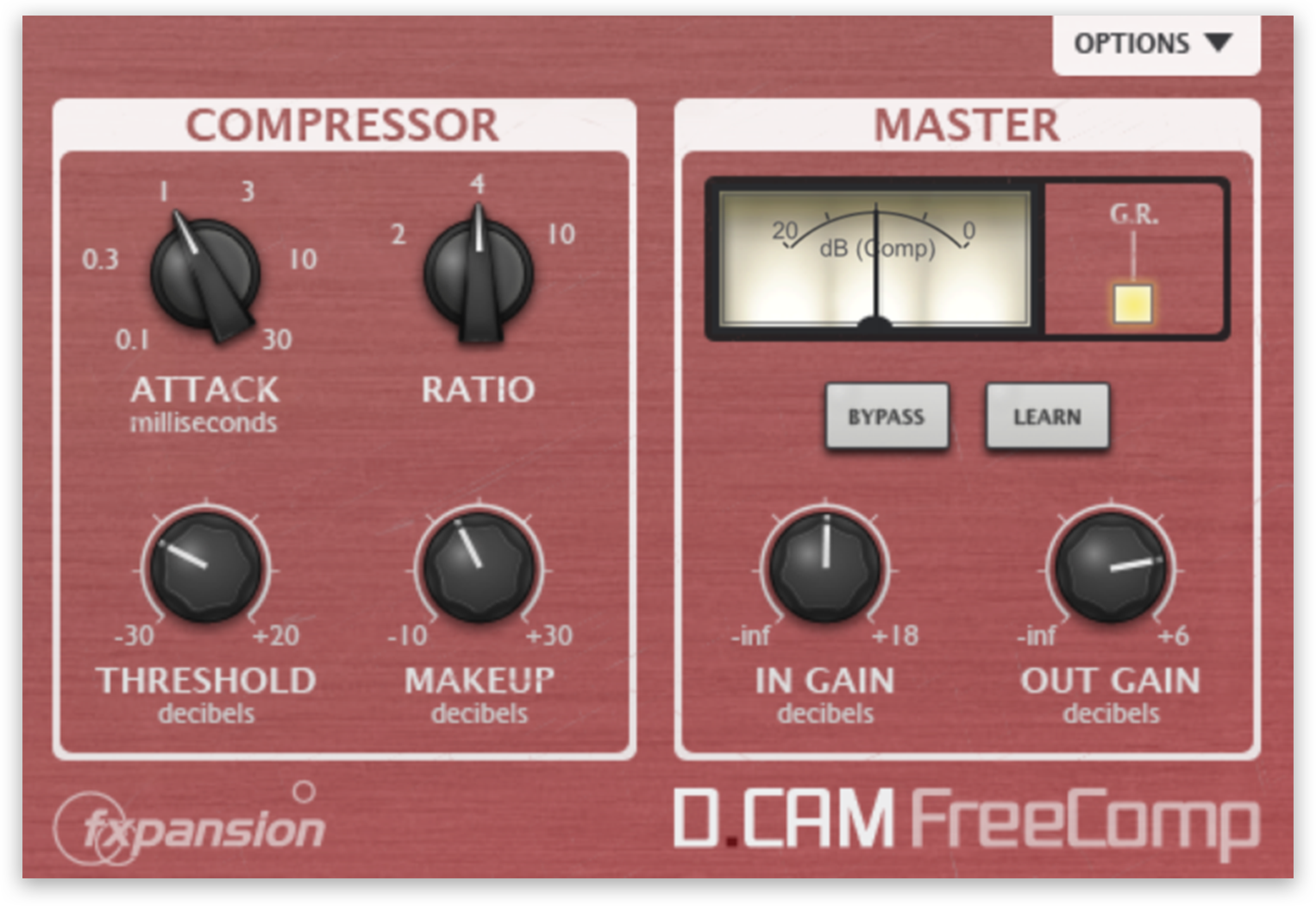 FXpansion’s DCAM FreeComp is a circuit-modelled compressor that can deliver some extra punch to a track. Its ratio dial locks at 3 positions, delivering options of gentle attenuation, moderate compression, and near-limiting aggression.

The UI has a classic look featuring an analog-inspired meter that can toggle between output metering and gain reduction metering. Use DCAM FreeComp modestly to tame peaks and glue tracks together, or crank up the settings for some energetic pumping and envelope shaping. 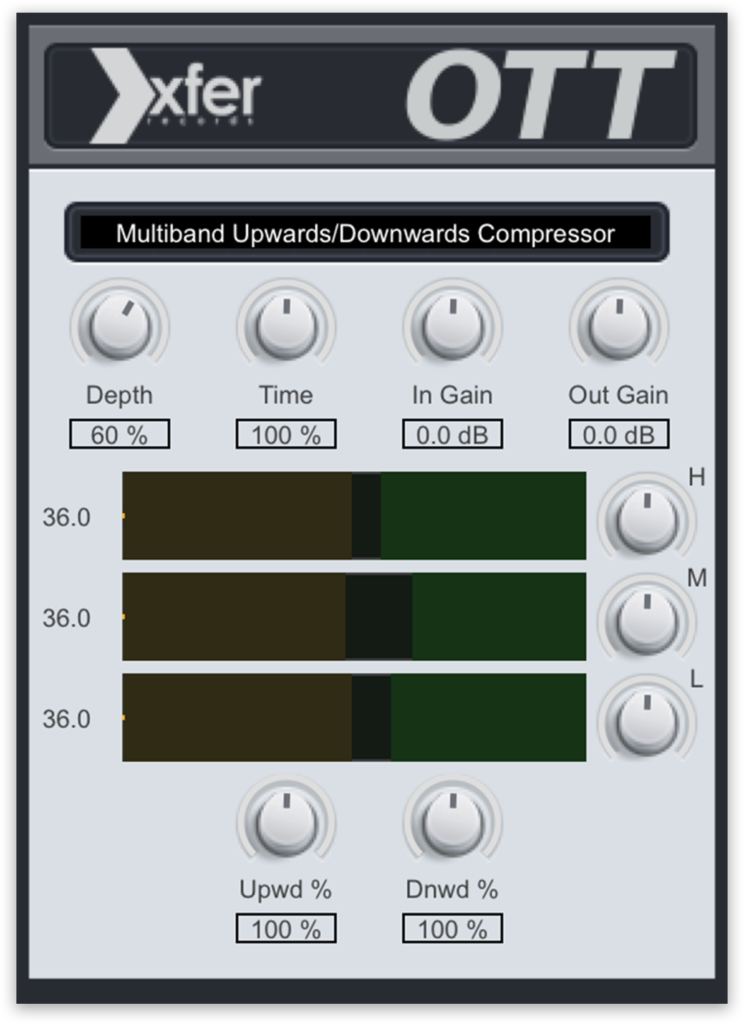 Xfer Records bring the same quality and edge found in Serum (their flagship wavetable synthesizer) to the OTT compressor. This compressor remains minimalistic in its controls while featuring unique functionalities such as upwards and downwards compression as well as multiband capabilities.

OTT shines brightest in genres such as dubstep or electro where it can be used for aggressive envelope manipulation or limiting at higher Depth settings. Used properly, the OTT compressor can rival many commercial compressors in the market.

OTT is compatible with Mac OS X as well as Windows.

The 6 best free plugins for your vocal chain

You don’t need to go bankrupt to achieve a high-quality vocal sound—here are six great free plugins that you can incorporate into your vocal chain today.

The 10 best free mixing plugins you need for your music

From EQs to multi-effects units, here are ten free mixing plugins that you can try out today to expand your creative horizons.

We’ve compiled the top 5 free Xfer Records plugins and created a demonstration project to showcase some of their uses and capabilities.