Learning your craft – a Masterclass with KSHMR 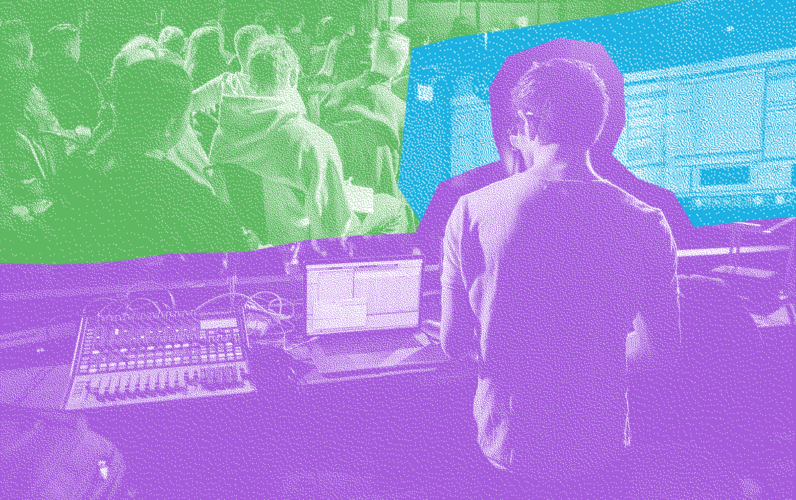 Continuing education is a common requirement for many professions. Even veteran attorneys and doctors must complete a certain number of courses per year to keep them abreast of new research and developments in their field. While no requirements exist for music producers besides the ability to produce music, even established professionals need to keep improving every day.

To this end, we invited 40 music producers to Brooklyn nightlife staple Schimanski for an intimate educational conversation with KSHMR. Invitees sent in questions beforehand, and the top-selling Splice Sounds alumnus chose the most interesting ones to address live, complete with a projection of his original .als project files! If you weren’t able to attend, never fear – the Splice content team is also continually trying to improve our production skills, so we took diligent notes, and we’ve recapped the most salient topics and tips to incorporate into your process.

Ever work on a 4 bar loop for two hours, make indistinguishable tweaks, and then look up from the computer and think “What am I doing with my life?” KSHMR has too. A glimpse at his project files proved this beyond a doubt: for the most part, they are totally indecipherable messes. Our professor explained a novel approach to taming these complex project files in his first tip: his process includes “throwing everything at the wall,” then bouncing out stems to audio. While MIDI files, automation data, and effects afford a greater level of control over the sound, sometimes it can be freeing to open up a totally new project, drop in stems, and build around those instead. “Modularizing” tracks by bouncing to audio can help bring clarity and purpose back into a composition: channeling Thoreau, KSHMR says: “Simplify.”

You might not necessarily associate KSHMR’s tracks with philosophy, but it does play a large role in his workflow. He composes with intentionality, ensuring that his tracks tell his story. This might seem obvious, but telling one’s own story is a skill that can sometimes take artists years, even lifetimes, to learn how to do. Less experienced producers might be drawn to emulation, imitating a certain sound or an established artist’s sonic aesthetic. Even pros can sometimes fall into this trap, as KSHMR himself acknowledged. But he challenged the learners in attendance to allow themselves to make mistakes and to try oblique approaches that might not be standard tools in their kits. By making ‘intentional errors,’ producers can avoid the pitfalls of emulation to stay more true to themselves. 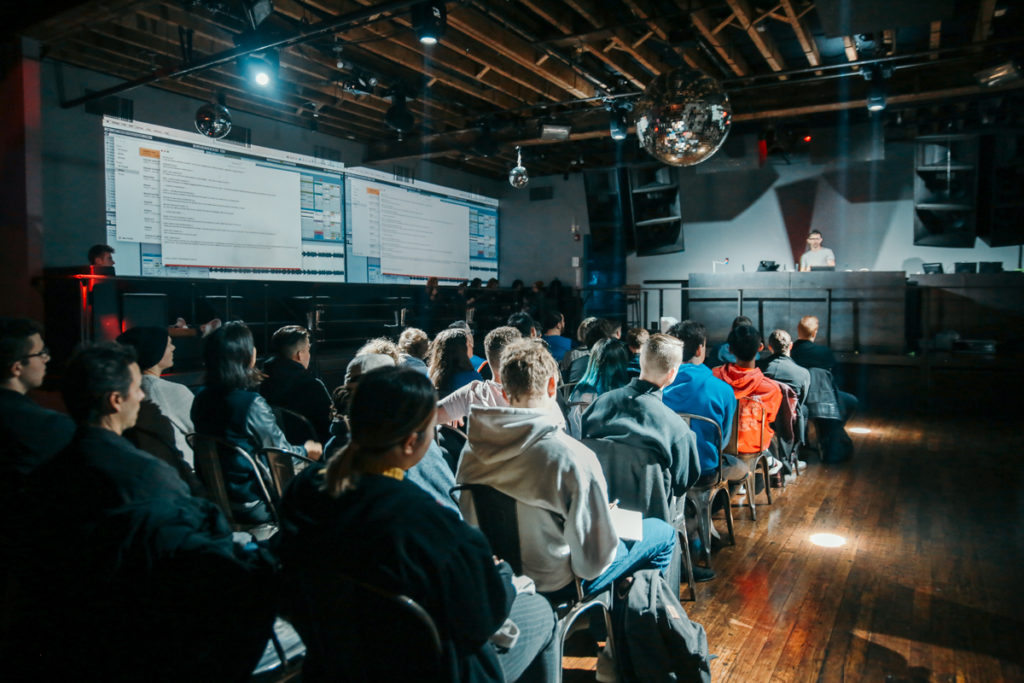 Collaborating with a vocalist or another producer can unlock another level of creativity above solo work. According to KSHMR, collaborations can remove pressure from an individual artist:

“When you’re working with someone else, it doesn’t have to be your opus, your Sgt. Pepper.”

Although he’s obviously found plenty of success in his solo career, KSHMR first catapulted onto a global platform through a collaboration. You might remember his first big break – it was a collaboration with Dev called “Like a G6”. Our masterclass students were fascinated to hear that sometimes it’s more difficult to work with a vocalist in the studio and come up with something from scratch. While this compositional workflow does have a place in the producer’s arsenal, KSHMR related that sometimes it can be a lot quicker to simply listen to acapellas and build tracks around them.

“Do all the dirty tricks you know.”

For instance, he discussed the finer points of psychoacoustics within the field of professional sound design – since a wider sound might be more interesting to potential listeners, designers are making their presets and samples huge and wide so that they sound good on their own when auditioning. However, this can lead to a confusing stereo image and contribute to a mix sounding bad on a club system. When everything is spread wide and nothing is centered, the ear has a harder time placing sounds in the stereo field. And although clubs have complex, powerful sound systems, it’s important to get the stereo image right. After all, club settings are “ground zero for phase issues” due to poor acoustic treatment, reflective walls, big, open spaces, and a host of other problems that are par for the course for even the swankiest venues. KSHMR showed us how he gets around this by keeping the low-frequency information of his kick drums in mono, helping it act as an anchor for the rest of the track.

Of course, we’d have been remiss if we failed to ask the $64,000 question: How do you get your tracks to sound so loud? The answer was simple:

“F*ck your dignity, throw a multiband on everything and make it sound exciting.”

Mixing is a game of compromises and tradeoffs. Audio engineers can (and do) argue until they are blue in the face about loudness targets, but make no mistake: in electronic dance music, if you want your tracks to be loud, you’re going to have to compromise dynamic range. According to KSHMR, there’s no shame in making things exciting, and as dedicated Splice blog readers will already know, a louder sound excites our ears’ stereocilia to a greater degree. It might not be the “purest” strategy, but aggressive compression is a necessary evil in modern dance music. 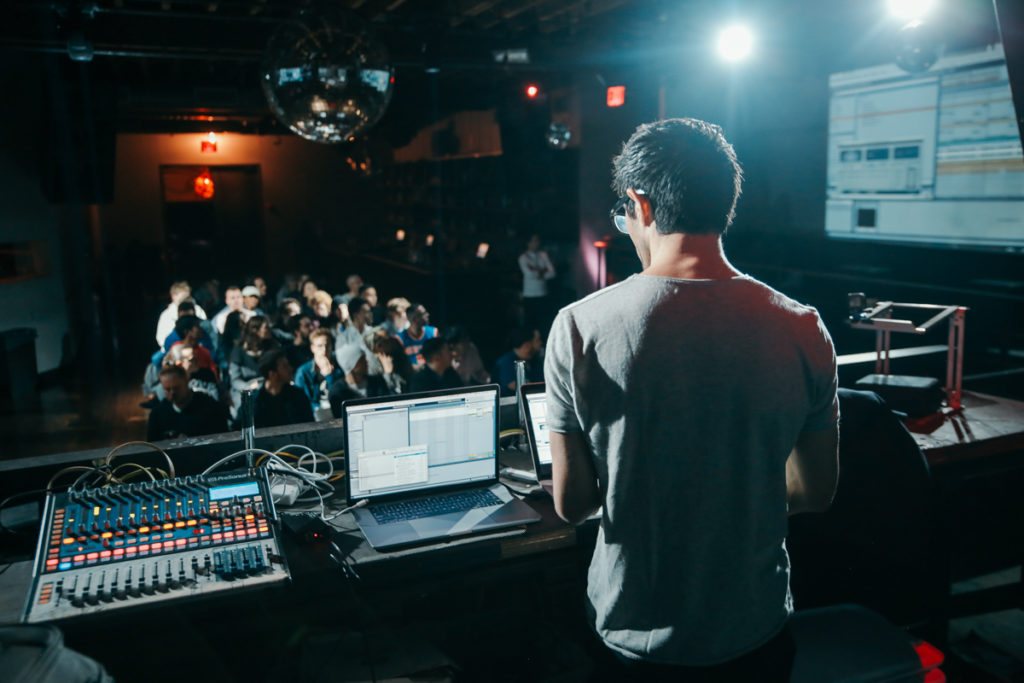 Speaking of purity, one of the most interesting conversations of the class involved using premade loops and samples (just like the ones you can find on Splice Sounds!) At Splice, we love loops. Some purists, however, don’t necessarily agree. One of our students asked KSHMR how he feels about others using the loops he’s made and released for other producers to use.

It’s important to inject your own ideas and creativity into your productions. In fact, that’s what makes music production a beautiful, diverse, and interesting ecosystem. But not everything has to come from left field to be original. Experimental sound design will always hold a vaunted position of respect in the electronic scene, but it’s not for everyone. KSHMR shared his thoughts on the subject: “I don’t want to make something that’s so weird it’s masturbatory.” To our guest lecturer, the ability to present new ideas in a way that is palatable to audiences that might not typically seek out experimental sounds is an important part of being a talented producer.

See you next time

Much like compressing live instruments to -10 dBFS RMS, compressing two hours of wisdom from one of the most successful and knowledgeable producers in the game is not always recommended. Unfortunately, much like compressing live instruments to -10 dBFS RMS, squeezing an evening’s worth of information into a blog post is sometimes necessary. KSHMR blessed our class with so much information that it would have been easy to make this post ten times longer, but instead we’re going to do a deep dive into KSHMR’s top creative advice in a forthcoming post. Keep an eye out for that post, and for future masterclass invitations with your favorite Splice producers! 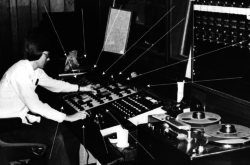 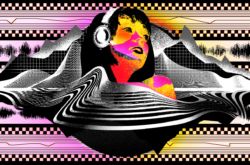 We highlight the importance of being able to describe the sound world of a recording and how to use a reference to gauge the effectiveness of your mix. 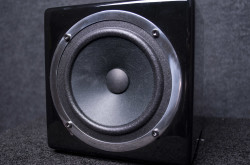