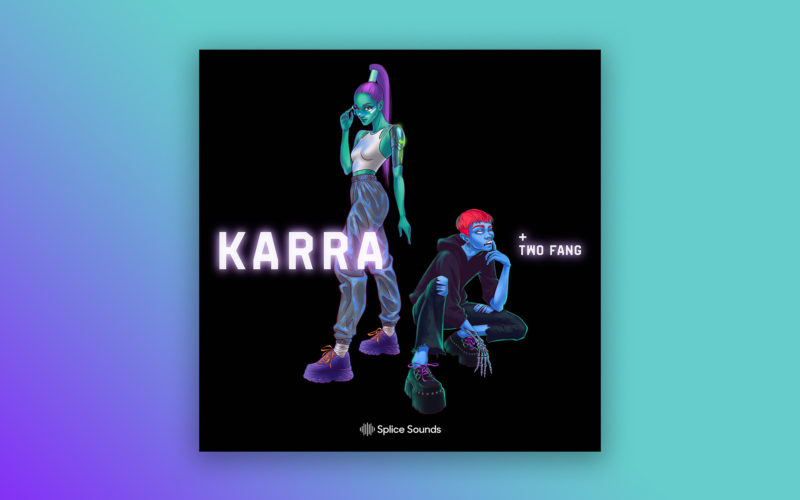 KARRA Presents is a label headed by vocalist, songwriter, and producer KARRA that showcases the talents of up-and-coming vocalists.

We recently had the chance to chat with KARRA about the latest artist featured on her label, Two Fang, who is an emerging vocalist and songwriter. Check out the sample pack to hear Two Fang’s stirring vocals, and read below to learn more about how it came together.

Where did you first discover Two Fang?

Unlike the first two packs released under KARRA presents, I wasn’t the one who discovered Two Fang! She was an artist brought to me by my A&R at Splice. We always work closely on curating artists who have varying strengths and artistic approaches, so it’s important for me to expand beyond my own circle when it comes to collaborations. When she suggested working with Two Fang, I was down with the idea and excited to work with someone new, especially since she doesn’t have any music out yet!

Why did you choose to work with Two Fang?

Since Two Fang didn’t have a collection of songs that are publicly released, we decided to first do a session together to write one, before we started working on a pack. When I first saw her, I was instantly pulled in by her androgynous charm, and within the first few moments of speaking with her, I could tell that she was incredibly smart, deep, and interesting. She had so much to say in her songwriting, and that was impressive to me because it showed me that she’s an independent thinker, which makes my life as a producer so much easier!

Then, she got on the mic and it was game over. I pushed her to sing a vocal that wasn’t what she was typically used to, and she was able to not only adapt, but make it her own. That’s when I knew that making a pack with her would be the next step, because this artist deserves to be heard.

Two Fang’s voice has this underlying smokiness that compliments her creative approach in a beautiful way. When I listen to her sing, I hear a combination of Enya, Lana Del Rey, and Robyn. When she sings, she has these amazing quirks that give the vocal performance dynamics and keep the listener on their toes. In her pack, we really wanted to focus on minor scales, moody tones, and breathy projection, but that doesn’t mean we didn’t throw in a couple powerful belts. Her voice has an impressive range, and I’m truly honored to be a part of presenting her to the world!

How did you produce Two Fang’s vocals?

This time around, our vocal chain was slightly different from the rest of the packs. My Sony C800 was out for repair, so we replaced it with a Telefunken 251 rental to try it out. I’m so happy we had this mic for her pack, because it complimented her voice in ways I’ve never heard before! The warmth of the microphone tied together well with the haunting nature of her vocals, giving a sense of cohesion to all the varying samples in the pack. In terms of plugins, lately we’ve been using the Howard Benson Vocals plugin for mixing – it’s a great all-in-one, and the compression sounds especially good!

Incorporate Two Fang’s distinctive vocals into your own productions: 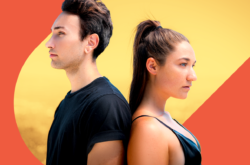 Get an inside look into how KARRA collaborated with Dylan Matthew to produce the first vocal sample pack on her label. 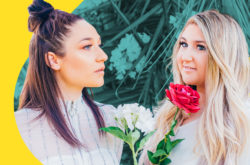 Get an inside look into how KARRA collaborated with Heather Sommer to produce the second vocal sample pack on her label.