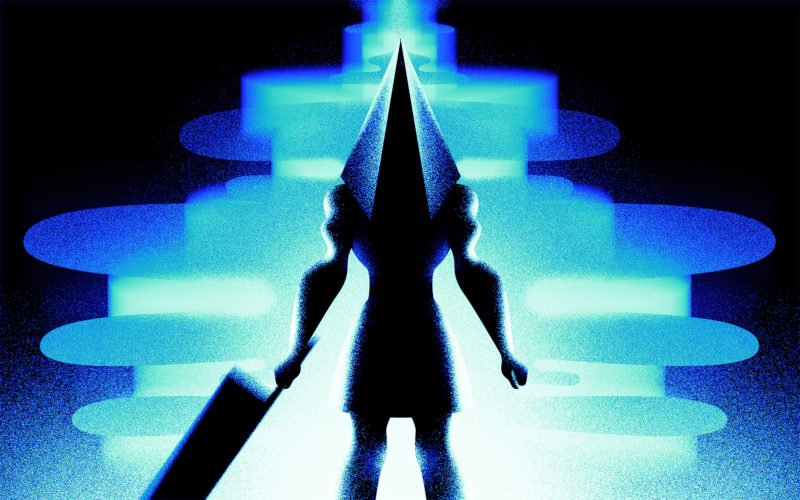 The lights are off, the speakers are turned up, and you’re playing through your favorite horror video game.

The screen is dark, but you can hear a low rumble coming out of the sub woofer. It gets louder. You still can’t make out anything on screen. Louder. Still dark. Screeches and whispers start to fade in to create a cacophony of sound. Still, no visuals that you can make out. The chorus of sound continues to get louder and louder until it finally crescendos and, suddenly, jolting out of the darkness is the monster.

If you’ve sat through a horror film in a movie theatre or sat down to play a horror video game and experienced something similar to the gameplay scenario above, you’re fully familiar with how closely sound is tied to our emotions in moments of suspense and fear. Great sound is a hallmark of any scary experience; today, we break down the auditory aspects of some of the best horror video games.

Dead Space is a science fiction survival horror game that revolutionized the genre. Players take on the role of Isaac Clarke, navigating through a now decimated spaceship, completing objectives, solving physics puzzles, and fighting creatures known as Necromorphs. With gameplay that makes the player feel like they’re truly caught in the middle of a horror film, it also boasts an excellent soundtrack that continually keeps players at the edge of their seat.

Environmental sounds play a huge role in building suspense throughout the game. Even when there’s no ‘action’ occurring, the player is forced to keep their senses heightened. Ambient environments contain an incredibly dense soundscape, with multiple layers as well as randomized one-shot sounds that stick out in the mix. These one-shot sounds add a sense of uneasiness to the environments, often forcing the player to question whether they were hearing the sound of a Necromorph’s movement or not. Necromorphs usually sit and wait in hiding. This gameplay mechanic combined with an already dense soundscape creates a tension that grows the longer the player remains outside of combat.

When a Necromorph finally reveals itself in the darkness, it creates a release for the tension the player has been experiencing, not only within the soundscape, but within the gameplay as a whole. This constant cycle of tension and release makes the atmospheric gameplay leading up to combat almost scarier than combat encounters themselves, driven by the ambient sound design of the environment.

Resident Evil 7 is a survival horror game where the player controls protagonist Ethan Winters through a farmhouse occupied by a deranged family, as he attempts to save his missing wife. Music in the horror genre can often utilize elements of sound design that blend seamlessly with the soundscape. The effect creates an uneasy environment that heightens the atmospheric elements of gameplay.

When writing music for a horror experience, the creative palette can sometimes take precedence over melodic or harmonic movement. Resident Evil 7 succeeds at this in spades. Here, music is meant to act as an aspect of the soundscape, and follows a structure more akin to ‘musique concrete’ – often using found sounds in lieu of traditional soundtracks. The audio team recorded a series of foley sounds specifically to be used as ‘instrumentation’ in combination with extended playing techniques of the orchestra. This combination creates a unique soundscape where music and sound design feed off of one another, creating a natural sound that flows seamlessly with the gameplay and continually heightens suspense.

Amnesia: The Dark Descent is a survival horror adventure game where the player takes control of a protagonist named Daniel, exploring a foreboding castle and attempting to maintain his sanity. The use of natural objects in sound design, especially in a horror context, can create a grittiness within a soundscape. The use of foley-driven sound design was a technique that was heavily utilized in Amnesia. Throughout the game, players learn the atrocities that occurred within the walls of the castle through the use of scripted audio vignettes. Though there are no animated visuals accompanying the sound, the authenticity of the design creates a disturbing atmosphere each time the player encounters one of these vignettes. The horror in these instances is almost amplified by the lack of visuals; aided by solely the audio, the player can let their imagination run wild in the environment that they’re placed in.

This authenticity in design through the use of natural sounds extends to gameplay as well. Throughout the game, the player is being stalked by monsters as they move throughout the castle. The character design of the monsters are driven by real movements and vocalizations, which add an almost humanistic element and an extra layer of fear for the player. This only amplifies when the player enters dimly-lit spaces. As the player’s ‘sanity meter’ fades while in the darkness, audio is amplified and exaggerated. As the player’s sanity continues to drop, they also experience auditory hallucinations, increasing tension and creating a constant atmosphere of unease, forcing the player to distinguish between actual monster sounds and illusions.

No discussion about horror video games would be complete without mention of the Silent Hill franchise, a true classic of the horror genre. Silent Hill 2 is a survival horror game where the player controls James Sunderland, a widower who travels to a town after receiving a letter from his dead wife informing him that she’s waiting there.

The audio within the game has truly unique design elements, such as the use of a handheld radio that the player carries with them throughout the game. When the player is near an enemy, the radio emits a static tone, introducing a discordant sound design element that alerts the player that enemies are nearby, but not yet visible (which, in turn, greatly increases the suspense leading up to a combat encounter). This sound design element follows the function that would typically occupy tonal soundtrack music. Except in this case, the static sound blends uncomfortably with monster vocalizations and an already dense soundscape to create an immensely terrifying combat loop. This creates a large emotional release in moments of silence after a combat encounter.

It’s difficult to bring up Silent HiIll without referencing Pyramid Head. The disturbing character design of this creature is uncomfortable to look at, but the sound design accompanying it matches the character perfectly. The slow guttural synth vocalizations match perfectly with its heavy movements, creating a truly disturbing essence for this enemy. Even with no mouth, Pyramid Head has a recognizable and terrifying unique sonic signature that creates an aura of fear when he comes in contact with the character.

From ambient sound and music to interactive sound design techniques, audio can truly amplify, and sometimes even drive, the fear and suspense in horror video games. The next time you play through one, try it with the sound muted – it’ll definitely be less scary. Then, compensate for those few minutes that you played on mute by playing it on full blast, and enjoy scaring the hell out of yourself.

What are some of your favorite horror video games, and what aspects of their sound design make them effective? Let us know in the comments below.

In this blog post, we’ll be looking at a piece from the indie sensation “Undertale” and the compositional techniques that elevate the fear factor of the game. 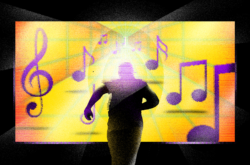