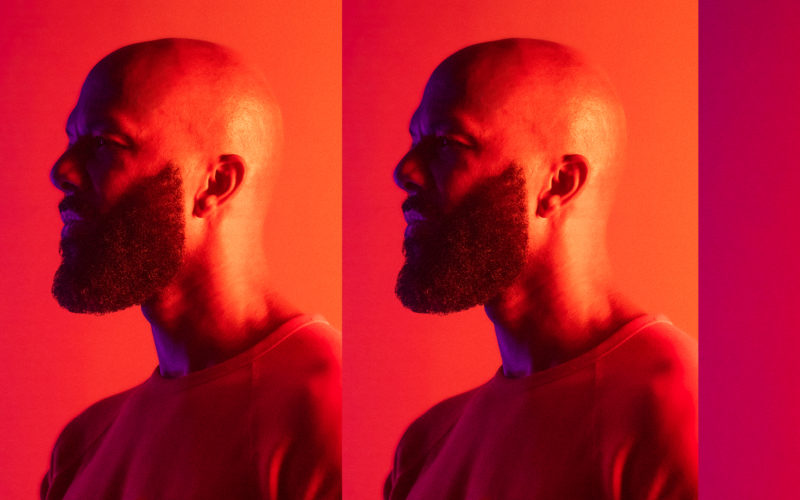 “Music has played a part in so many of the changes that we’ve seen in this world,” Common tells us.

The role, influence, and importance Common’s music has had in shaping the sound and conversation around hip hop cannot be overstated. We were thrilled to sit down with the rapper, activist, actor, and best-selling author to discuss his new album A Beautiful Revolution (Pt 1), the state of hip hop today, the importance of music in the future the world faces, and his new remix contest with Splice.

Enter the “What Do You Say (Move It Baby)” remix contest here (the deadline for submissions is April 23rd).

When did you hear hip hop for the first time?

I believe the first time I heard hip hop was the song, “Rapper’s Delight.” I can’t remember exactly where I heard it, but I just remember that being the song… I heard it and was really wondering what it was, and loved it. It was probably a record at a friend’s house, because I don’t think they were playing it on the radio yet in Chicago.

What inspired you to start rapping?

What inspired me to start rapping was my love for poetry. I loved writing. I also think what really influenced me was the fact that I had some friends… I was visiting my cousin in Cincinnati, who I would go see every summer, and we had some older friends who were doing hip hop. They were hip hop artists, popular in Cincinnati. It’s amazing how when you see something in front of you, you feel like you can do it.

I had already loved hip hop and wanted to be a part of it, but seeing my cousin’s older friends being successful in rapping and then rapping… I remember the night my cousin and I sat down at 12 years old saying, “Let’s write a rap.” So, we wrote our first rap. What inspired me was seeing somebody I knew doing it—and doing it well—and my love for the culture itself. I loved break dancing. I loved any time I saw hip hop. I just wanted to be a part of it. That’s what inspired me.

When was the first time you felt the impact your music had on someone else?

The first time I was taken aback by the effect that my music had on someone was when a young man approached me after a show and he said, “Hey, Common, your song is called ‘Retrospect for Life,’ and that song made me decide to have my child instead of having an abortion.” The song was about abortion and that was me speaking to the unborn child. It was really written somewhat as a poem—and I was also speaking to the mother of my unborn child, because I had experienced the situation myself.

I wrote from my heart and told the story, and eventually, Lauryn Hill sang on that chorus and it became a video. But little did I know that the song would affect someone’s life in that way, and it was very moving for me. It changed my life and let me know of the power I had with the microphone. In fact, it was one of those moments where you know something changed in you. I knew that I had to use the microphone for something important. When somebody told me that they decided to have their child because of a song I did, I was like… this is really affecting lives directly.

How has hip hop changed since Can I Borrow A Dollar?

Hip hop has changed a lot since Can I Borrow a Dollar? I’ll say this—let me start with the positives. I believe that it has even more influence than it had in the early ’90s. It has become something that people have been able to use to take care of themselves and their families in greater ways. It’s used and written about in films, documentaries, and all types of other forms of media. People have evolved and started using different forms of music within hip hop. Even in the early ’90s, around Can I Borrow A Dollar?, people would use rock and different things. But, I think artists are developing and learning more about what to use and how to use things, and using technology to their advantage in certain ways.

Where I think it’s changed and the things that I miss about it are just the energy and the spirit of it being pure, and being that thing that wasn’t so popular. People did it for the right reasons—did it for the love of making music and art and culture, and just expressing themselves. And that’s what brought the joy of why we listened to it, and why we wanted to be a part of it. And that’s why I can listen to songs from that era like Can I Borrow A Dollar? and Be and think, “Man, I love this song. This song, it touches a place in my heart and soul that some music can’t.” And some music still does do it. But, overall, that time and what the music felt like, and what people were creating the music for—it resonated in so many ways.

The way people get music now is changing in a major way, as far as listening to an album. People actually listening to albums and digging into them and looking at the liner notes and the credits and the experience of what an album is has changed—the way people receive their music. I think ultimately, it still always boils down to the music, no matter what era. When you come with pure music, at some point or another, it’ll be recognized. And there’s some music that doesn’t have that, but it still becomes popular—but it doesn’t resonate in a way that pure music does.

Where do you think hip hop is headed next?

I think it’s more than anything I can say. The one thing I know is that it keeps elevating and expanding; that’s the one direction I see it going in. But otherwise, I think that because hip hop is a voice for people with so many different aspects, it will never be just one thing.

What hurdles is hip hop facing as it heads towards the future, and how might the hip hop community overcome them?

I think the hip hop community faces the same hurdles that people in the world face, because the hip hop community is full of people—and people have experienced some trying times, and everybody has their own way of dealing with them. Hip hop in itself has been a way of expression, so it allows us to express when we’re dealing with these trying times. I think it could be more of a solution, and more of a help and an inspiration overall.

I think the only challenges it faces are challenges that the world goes through, and finding a place to be truthful and speak about where you are. People need music and want music. Hip hop will continue to grow and be young and have new things to be said. Even during difficult times, you will still have new thoughts and new energy coming from hip hop artists.

You describe your new album, A Beautiful Revolution (Pt 1) as music to go with a movement. Now in 2021, the country has a new administration but many issues and crises continue to exist. Where do you think this movement is headed?

First of all, we have to be understanding and aware that a new administration won’t change things in one day. We’re talking about a country and a system that’s had hundreds of years of disenfranchisement and oppression. Some of it’s built on lies. Some of it is built on truth.

A lot of things America’s been a part of haven’t been acknowledged. It has not acknowledged some of the ills, and those hundreds of years can’t be changed by an administration in one year. It’s going to be the beginning. The seeds are planted; the work is being done. I believe that this administration is focused on really saying, “Hey, let’s see the ways that we’ve done people wrong—the Black community, women, the Latino community, the Asian community. Let’s even things out, and let’s do everything we can do to even things out.” I believe that’s what this administration is focused on.

You’re offering the Splice community an opportunity to remix “What Do You Say? (Move It Baby),” off of this new album. What do you want people to know about this song?

This song was created out of the fun and joy of a connection with someone. What connections do you have, what are those connections about, and what type of peace and fun can you share with those people? Because it was on A Beautiful Revolution (Pt 1), I wanted it to still have a perspective and consciousness to it, but it’s more about fun. It’s more about enjoying yourself with someone.

Lastly, what role should music play in this new future the world faces?

Music plays an important role. Art is essential to change, and it brings people together. It actually helps you release emotions in a healthy way. It breaks any language barriers, any kinds of religious barriers—you can all enjoy the music. It breaks a lot of social barriers. You could be the poorest of the poor, you could speak another language—but we can all enjoy the music.

Music will be a communicator for so many things that we need to hear. It will serve as inspiration. It will serve as a healing mechanism. Music has played that part in so many of the changes that we’ve seen in this world, and I believe it will continue to do that—and we are grateful for that.

Enter the “What Do You Say (Move It Baby)” remix contest: 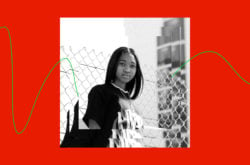