Audio-tactile synesthesia | Can you feel what I hear? 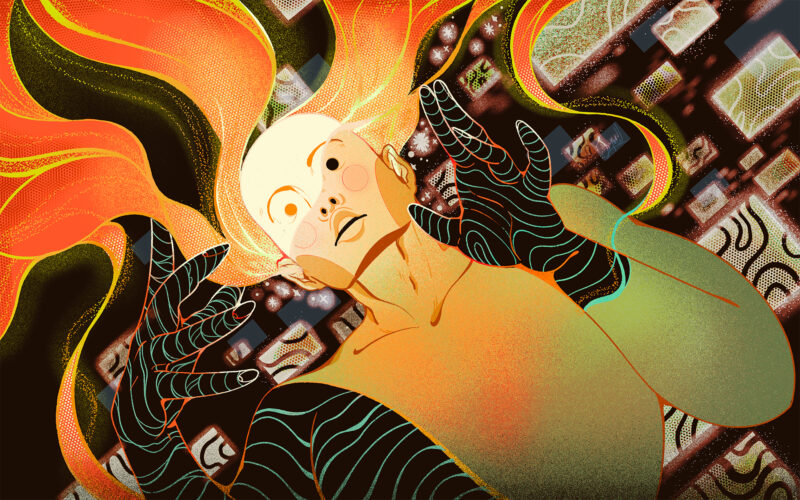 The first time a psychologist told me I had synesthesia, I laughed and told her that was ridiculous.

The first thing that came to mind were people seeing colors when they listened to music. I had watched Fantasia, and I assured her that did not happen in my brain.

But many things in life aren’t one-size-fits-all. Synesthesia is the confusion of two senses within the body, where you experience one sense through another. She started to explain that there’s more than just one type of synesthesia, just as there are five senses in the human body. When it comes to synesthesia, seeing colors when you hear music (audio-visual) is simply the most common and the most popularized by the media.

But that wasn’t what I had. I had audio-tactile synesthesia. Hearing things makes me feel physical sensations, and it’s not something everyone around me experiences every day. She told me it was something to appreciate and find fascinating. I could feel something while also hearing something. But more than anything, realizing that what I experienced wasn’t typical made me feel exceptionally lonely.

What I experience as a synesthete

While it might sound really cool to feel physical sensations when hearing sounds, it’s actually quite exhausting. I can find myself easily overwhelmed and live by having filtered earplugs in my ears. But, I learned that if I familiarize myself with my triggers, it becomes a lot more manageable.

My Spotify Wrapped clocked my listening time at 98,671 minutes. According to “Seasons of Love,” there are 525,600 minutes in a year. So, 18% of my year was spent listening to some form of noise. To put that into perspective, the average person sleeps for seven – eight hours a night (24% of the year) and works 40-hour work weeks (22% of the year, accounting for holidays). I was listening to music like it was a full-time job.

Because it was—I listen to so much music because I wanted to get used to what I felt when I heard something. It started making me rather numb to a lot of things. When I hear something different, I know it almost immediately because I’ll feel something I hadn’t before. It makes me curious and obsessed with the sound until I can add it to my own body’s dictionary of sound-to-feeling.

So what do I feel? For me, listening to different vocal syncopations, synth patterns, etc., all make me feel something. I assumed that everyone felt what I felt when they heard music, because that’s its power. But, things got more pronounced as I got older. I think it’s because I had more words to describe what I was feeling. I had experienced more things.

Vocal syncopation is the rhythmic pattern of someone’s voice, where the accent is on the weak beats or the ‘less expected’ beats of a rhythm. Daywaiter’s vocals from the verse of webcage’s “noncents” makes me feel vibrations in my fingers that are similar to when you play a güiro.

That same voice, but in a different style, still feels like a güiro—but instead of a gentle sensation, it’s like gripping the instrument full-palm.

I admit that sometimes it’s fun to feel things, because it’s connected to a pleasant sensation. It makes it easy for me to remember different songs or recognize similarities. If I feel something new, I get exceptionally excited to figure out what my body is remembering.

But, it’s not all rainbows and butterflies and sunshine. I once had a colleague whose voice felt like residual soap on my hands from when you don’t properly rinse them, and a date whose voice felt like my hands were in a jar of thumbtacks. I can’t control how I react, and I can’t insulate myself from not experiencing unpleasant things. I’m just simply learning something new about how I perceive the world around me.

Going beyond individual sounds, what about layers and textures? It’s been difficult for me to get excited by a lot of music lately, because many people seem to be drawing from the same influences, similar patterns, etc., and therefore, what I feel isn’t anything new that often.

But last week, I was listening through my Discover Weekly and stumbled upon the song “CLIFF JUMP” by Charles the Emperor.

Charles was generous enough to break down the production of the song with me, and disclosed that outside of the DX7 patch (the preset I found closest is “6 String Samisan”), every sound was a sample of his own making. They were all unique to his own production, which is what made this song and his whole album feel so different.

When I first heard the track, it felt like I was riding one of those rollercoasters that straps you along the outside of a circle, and spins so rapidly that you can’t lift your arms because of the centrifugal force (think like a teacup ride, but before you start getting nauseous and the ride isn’t fun anymore). While each sample was uniquely his own, below I tried breaking down each of the elements and recreating ideas using some samples from Splice.

First we have the synths, which all use the DX7 in different octaves.

The synths on their own make my body feel like it’s in an echo chamber—the full sound just bounces within me.

Meanwhile, the foley texture can be mimicked with this Splice sample ran through vinyl distortion, compression, and EQ. This texture makes my scalp tingle, as if a ghost is running their hands in my hair.

The percussion—consisting of the booming kick and distorted snare—is one of my favorite parts. It’s heavily distorted and compressed (which gives it such an oomph) and feels like the drop of a rollercoaster—like your body is being lifted after the peak and falling back down. I used sounds like this sample and this sample from Splice, in addition to some processing, to capture a pretty close feeling.

So all together, it feels like a rollercoaster ride.

I don’t disclose having synesthesia to too many people, because there’s no way to officially diagnose it. Yes, we jump out of our skin at loud noises and stop breathing in long awkward pauses, but feeling the syncopation of people’s speeches can be beautiful and ugly at the same time. I notice myself impulsively disliking a person based on how their voice made me feel, or totally enamored to talk to someone just to feel their voice.

All that said, having audio-tactile synesthesia also made me want to go out and experience more things in the physical world. I wanted to be able to tell someone, even if it was just myself, what certain sounds felt like to me. What I feel is never exactly the same, because even though sound is just squiggly air, there are so many possible irregular and incredible combinations of sounds, just like there are countless physical sensations.

I got so used to thinking about feelings things, because I was too afraid to actually feel them. When I didn’t actually feel them, I never had to express myself. Now, I hope that I can make someone else feel the things I feel with the sounds you and I are able to create. And if you’ve got any sounds that are out-of-this-world, I’d love to know what they feel like.

Hannah Mimi Park Hannah Mimi is an engineer at Splice and songwriter based in New York City. In her free time, she's an aspirational amateur baker. 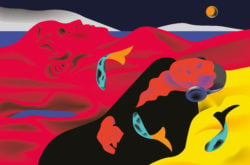 How dreams can inspire your songwriting

In this article, let’s break down how you can use your dreams as inspiration for your songwriting. 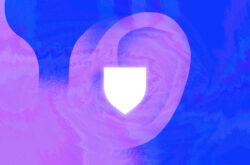 5 tips for protecting your hearing as a musician

Taking care of your hearing is perhaps the single most important habit you can develop as a musician—here are five practices that can help you with that endeavor. 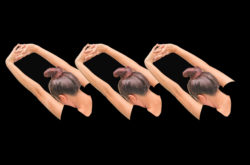 7 stretches and exercises for musicians (with pictures)

As musicians’ workflows begin to center more and more around desks, we need to make sure we take care of our bodies as well as our minds.