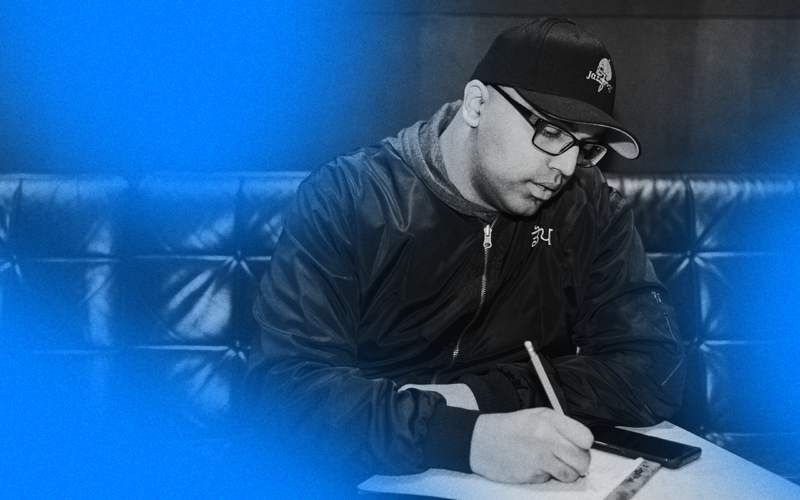 Jazzfeezy is a jack-of-all trades.

A little sample pack creation here, some extensive beatmaking there, some television and film production too. You may have heard his sound design expertise in the Boi1da’s Sound Kits, or you may have heard his production in “Can’t Have Everything” off Drake’s “More Life.” Jazzfeezy has seemingly done it all, and includes production work for the likes of T.I.I, Rick Ross, Lil Yachty, Young Thug and compositional work for UFC, ESPN, HBO and more in his curriculum vitae. We’re excited to add Splice to that list, as his new sample pack series brings curated sounds from his personal library to our platform. We’ve sat down with Jazzfeezy to learn a thing or two about making beats for the biggest names in music, producing his own kits, and advice for the next generation of producers.

You’ve worked with some of the biggest names in hip hop. Can you give us a brief history of how you got into the producing game?

In 2004, while living in Barrie, Ontario, I started to learn about music production. I was a homebody, so while my friends spent their weekends partying, I spent mine at home creating. I started out using Fruity Loops 5, Sound Forge and Cool Edit Pro. Through a friend, I was able to obtain the contact of Matthew Samuels (Boi-1da) who invited me to a beat battle in Toronto. A short time after the battle, 1da introduced me to Tyler Williams (T-Minus). In 2006 I enrolled at Harris Institute and earned a degree in production and engineering. My relationships with 1da and T-Minus continued to grow during my time at Harris and I soon became their sound engineer. I spent a lot of time in their sessions and learned the ins and outs of the industry. In 2010 I signed with 1da’s production company as a producer and later landed my first major placement on Machine Gun Kelly’s debut album. My contract with 1da’s production company ended in 2012, however I decided not to resign. I was able to link up with DJ MLK and shortly after landed a song with TI. It took years, A LOT of hard work, and some luck, but I was able to get my foot in music industry’s door.

In 2006 there were only a handful of sample packs available. Maybe I was a little naïve, but I started out recording sounds through the built-in microphone on my computer. I would bang on pots and pans, or beatbox and then record the sound waves into Cool Edit Pro. I became obsessed with sound design and later asked 1da if could mess around with some of his sessions. He gave me the OK, so I dug through his sessions, extracted his drums, and re-mixed all of them. Roughly one-thousand hours later the Boi-1da Sound Kit, comprised of over 1500 sounds, was finished. The whole process proved to be great practice for me, and in 2016, after many more hours of disciplined work, I released my first sample pack: Jazzfeezy Drum Kit Vol. 1. It’s important to me that I continue to craft new samples and record new sounds for future sample packs.

What is your approach to audio processing and sound design? More specifically, how do you process your drum shots to sound so crisp and 808s to sound so heavy?

Quality outweighs everything else, so achieving a professional, lasting sound is always priority number one. I’ll often begin with a sine wave or some other layer to build off, then manipulate it using FL Studio’s Sytrus plugin. Sytrus works great because it allows me to manipulate nearly any instrument of my choosing. Once I’m satisfied with my sample, I’ll link it to a mixer channel and manipulate it even more using Sound Toys 5, Waves, or other FX plugins. After bouncing my final sample, I’ll load it into Sound Forge and check its level and overall quality. Lastly, I’ll import my sample into Adobe Bridge so that the appropriate meta-data can be applied. It’s a process, no doubt about it, but the final product is worth all the labor.

In your opinion, what makes for a good sample? What are you looking for when you’re choosing samples for your own tracks?

A good sample is anything I can easily manipulate. I often prefer to work with individual stems, or individual sounds – I find doing so makes the mixing process easier later. I often look for weird or abstract sounds; sounds that are foreign to hip hop or strike me as odd. When working with artists, I look for sounds that will bring out their personality or help emphasize their brand or message. I take my time when it comes to sample selection because I know it can be the difference between landing a placement, or not.

I wanted to put out a series that was made up of both quality and quantity. I thought it was important to build a name and a brand that upcoming producers could trust and invest their hard-earned money in. So, I visited different studios in Toronto and utilized all they had to offer. I used their gear, consulted their engineers, and took my time crafting the samples you’ll hear in this series. It was important to me that both upcoming producers, as well as my peers, be pleased with what they heard.

Before entering this venture, I wanted to make sure that by doing a label, I would be competing against the elite. I have every intention of creating and maintaining a top 10 label for as long as I can collaborate with Splice. Coming from Canada, I’ve seen great musicians and musicality go unnoticed, and under-appreciated due to a lack of proper support and branding. Splice has provided me the unique opportunity to showcase my talents as well as others such as Steve Samson, CxMEESEN and Halfademic; local producers dedicated to the advancement of sound design.

While creating this series, I spent a lot of time at Revolution Recordings in Toronto. Utilizing their wide range of microphones, I recorded and mixed Basement Sounds Vol. 1. I wanted to ensure the samples themselves were of the highest quality. I began by recording all the samples dry, then used EQ and several Waves plugins to achieve the authenticity I was looking for. I tracked over two hours of audio and then narrowed my selection to 29 diverse samples. I repeated this process for Homemade Sounds. As for the Loop Kit HHE, I spent days designing hi hat loops to be used for both modern and old school production. I took care to provide plenty of variation and textures, so that music producers of all genres could benefit.

First off, I think “finding a sound” is a life-long journey. For years, I studied mix techniques, and really took my time selecting sounds. I experimented with FX chains and watched countless tutorials on YouTube. I never stopped learning, and never will. As an upcoming producer, you must be willing to consume all the knowledge you can to educate, create, and really mold your sound. It doesn’t happen overnight.

In 2006 I was fortunate enough to meet and be mentored by 1da and T-Minus. As their careers progressed, I was able to watch how they moved, and learn the ins and outs, the dos and the don’ts. I can’t emphasize enough how important those connections were, and still are to this day. Mentors can have a profound impact on one’s life, so finding like-minded people who share the same passions and goals is something I would advise all up-and-coming producers to do. Also, the world and the internet have changed drastically since my earlier days, and I think it’s important we take advantage of the social media we have at our fingertips. With apps like Instagram and Twitter, we’re all just a DM away from contacting the person we want to work with. However, it’s important to do so in the right manner; preparedness, confidence and kindness go a long way.

The music industry is a difficult one to navigate alone, and it helps when you’re surrounded by good people who are willing to work harder than you. Put your time in, work extremely hard, remain humble and seek continuous knowledge. It may take some time, but with hard work, patience, passion and unwavering will, you’ll find that you can turn your passion into a legitimate career. 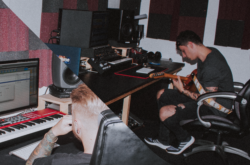