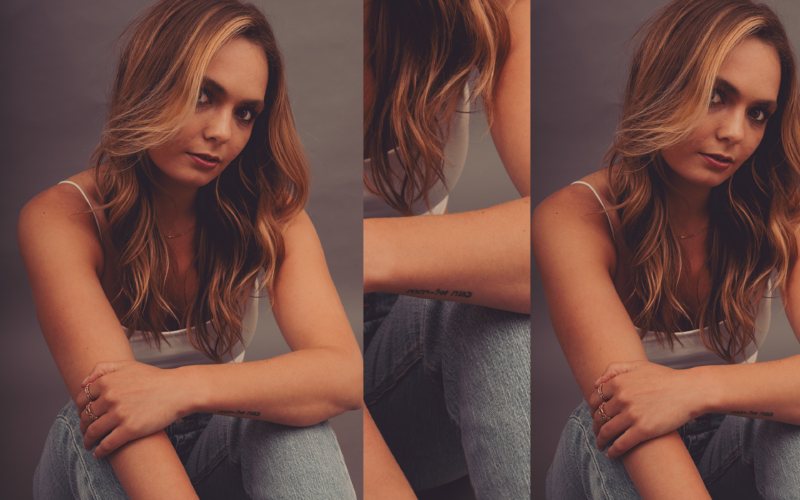 “Write from the heart and find people who you love to collaborate with,” Rynn tells us.

“I’ve found that building relationships and friendships with the people you work with is often just as important as the songwriting process itself (if not more). Some of the best songs come from sharing your heart with your collaborators, so taking the extra hour to go grab a coffee together and chat about life often creates a great foundation to create the most beautiful and authentic art together.”

Listening to Rynn’s music, it’s immediately evident that she follows her own advice when it comes to heart and authenticity. The veteran singer-songwriter’s tracks are simple but sweet, sitting at the intersection of catchy hooks and intimate storytelling.

That said, she also demonstrates an incredible amount of versatility, also writing dark and larger-than-life tracks for her separate artist project MØØNWATER, which have been used in a number of TV and film placements.

In celebration of the recent release of her vocal sample pack (produced by KARRA), we had the opportunity to sit down with Rynn to hear about the experiences and lessons she’s gathered across more than a decade of songwriting—read on for highlights.

1. Use production as a vehicle for storytelling

While many songwriters may mentally and creatively separate the ideas of storytelling and production, Rynn suggests that the two are actually often closely intertwined. “Vocal production helps tell the story of a song, so I always gravitate towards the vocal take or production style that feels the most raw and honest in conveying the message,” she tells us.

Over the years, Rynn has identified some tools that she likes to utilize in order to achieve this goal. “I love the CLA Vocals plugin,” she says. “Usually, after messing around with one of the CLA Vocals presets, plus a little autotune and EQ, the vocals are in a pretty good spot to either send to a mixer or use on a demo recording.”

Looking beyond the DAW, she emphasizes that the fanciest gear isn’t necessary to begin developing one’s artistry. “The recording setup I have at home is the same one I bought ten years ago when I was in high school and just starting out,” Rynn shares. “I record a Rode NT1-A mic through an Apogee Duet audio interface. Even though I also always love going into a ‘real studio’ and working with a producer to record vocals, this setup still works great and has made it on many records.”

2. Don’t be afraid to get personal

While it can be challenging, Rynn encourages other songwriters to lean into vulnerability and share their authentic selves and experiences through their music. “I love different lyrics for different reasons, but usually I love the most personal lyrics,” she says. “For example, I’m especially proud of my song ‘Crowded Places’ that I did as part of NBC’s TV show, Songland. I initially got the concept for the song because I would be out and about and so many random things like a certain restaurant, street name, or type of clothing would remind me of an ex I was having a hard time getting over. Being in crowded places in particular made me feel close to that person because so much reminded me of them. I took that idea into a writing session with my frequent collaborators, Emily Fullerton and Michael McEach, and there we wrote the first version of ‘Crowded Places.'”

3. Don’t beat yourself up over writer’s block

Writer’s block is one of the few universal experiences encountered across all creatives. If you find that you’re not sure where to start when writing new music or how to complete an in-progress track, Rynn encourages songwriters to not be afraid to step away and take a breather. “Writing always comes in waves for me,” she shares. “Sometimes I write multiple songs in one day, and sometimes I don’t write any songs for two weeks. I usually give it an hour or so of trying, but if the song isn’t coming, I take a break or switch gears and try writing something else with a different vibe. And some days it just doesn’t happen, and that’s okay! In my opinion, the best songs flow pretty naturally, so sometimes you just need to take a break and then try again the next day. Work hard, but don’t force it—songwriting should be fun at the end of the day.”

Do you have any songwriting or vocal production tips of your own? Let us know in the comments below.

Incorporate Rynn’s distinctive vocals into your own music: 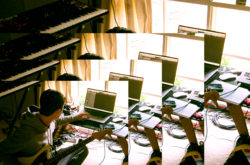 3 tips on crafting a unique sonic identity from Nick Ward

Songwriter, vocalist, and producer Nick Ward tells us about his creative process and three ways producers can craft their own sonic identity.