Redefining success: How to identify what matters most to you 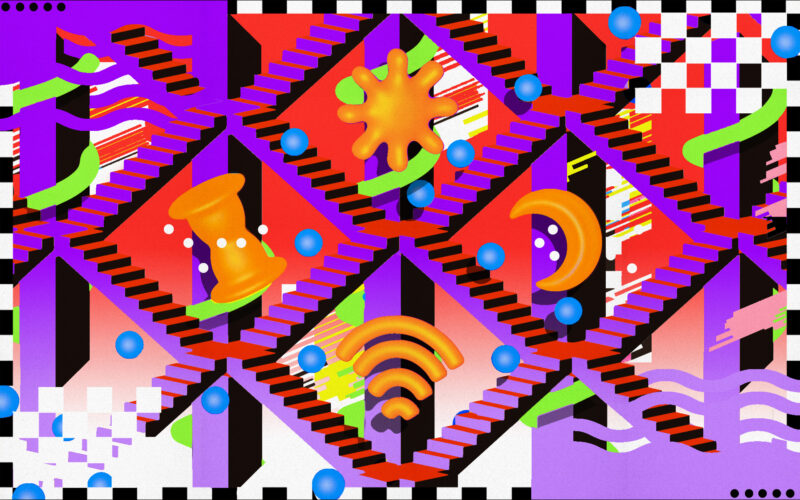 Much like beauty, success lies in the eyes of the beholder.

Only you can identify what success means to you and your life.

Someone once told me that they don’t use the word “success.” They have personal and professional goals—they want things and they strive towards certain achievements. But they don’t like attaching those things to the idea of success because that’s not what’s most important to them. They prefer to focus on what makes them happy or creatively fulfilled while reaching those goals. For them, that means sharing their music with whoever wants to hear it and having time to spend with friends and family throughout their journey.

It’s tough out there economically today, and the music industry is currently berserk. If we define success by how much money we make from our music, how many records we sell, or the number of Instagram followers we have, we’ll be constantly struggling. When success is solely quantitative, we tend to keep moving the goal post. It’s difficult to feel fulfilled in that mindset, as there’s always more to go after.

I’d encourage you—all of us—to re-visit what success looks like to you. What areas of life do you already feel successful in? What does it look like to grow without comparing yourself to others or constantly hustling? Maybe we can all feel a little happier in our day-to-day if we celebrate what we’ve achieved and build on our current success, rather than striving for an elusive milestone. Below are three concepts that might help guide you in redefining what success means for you and setting relevant goals to achieve it.

Quiet the noise to identify your personal values and priorities

Have you watched The Social Dilemma on Netflix? The documentary explains how social media algorithms are designed to hook us into buying stuff. In the process, they make us feel FOMO and like we’re not doing enough. The designers of the algorithms know what keeps us hooked and spiraling deeper into any given thing.

A New York Times article titled “The Economic Case for Regulating Social Media” says, “The algorithms that choose individual-specific content are crafted to maximize the time people spend on a platform. As the developers concede, Facebook’s algorithms are addictive by design and exploit negative emotional triggers.” It continues, “Individual and collective incentives about what to post or read on social media often diverge sharply. There is simply no presumption that what spreads on these platforms best serves even the individual’s own narrow interests, much less those of society as a whole.”

If you’re interested in redefining success, I suggest taking a break from social media. After you take a step away and minimize the distractions of what other people are doing, assess what you’d really like to do or achieve. Reflect on and write down what’s important to you.

Maybe you really do want to become Platinum-certified or win a GRAMMY. Ask yourself why. Try to strive towards those goals for your own reasons, not because that’s society’s definition of success. Maybe simply creating music is enough of a success for you. Or maybe it’s spending 15 minutes in the studio a day (whether or not you create something you’d share), or having enough time to create music while raising children. Maybe success to you is feeling calm and centered in your daily life no matter what you’re doing.

In a Forbes article, Nell Derick Debevoise said, “There are myriad choices to make—what you’re doing, with whom, when, where, and to what end? These choices will ultimately be informed by the values and sense of purpose that you define for yourself. But that process requires time and attention. In the meantime, it’s just about paying attention to what actually resonates and is internally motivating to you, rather than ticking boxes on a societally-designed to-do list.”

What’s important to you won’t be what’s important to your next-door neighbor or the big-time producer you follow on Twitter. After you write down your list, leave it somewhere for you to see daily. That way, when you’re having an overwhelming day, you can take a deep breath and remember why you’re doing the things you’re doing. If what’s stressing you out isn’t aligned with those things, maybe it’s time to let it go.

Your interests and definition of success can change

A 2018 study indicated that our personality traits are ever-shifting, and by the time we’re in our 70s and 80s, we’ve undergone a significant transformation. A BBC analysis of similar research explained, ”Psychologists call the process of change that occurs as we age ‘personality maturation’. It’s a gradual, imperceptible change that begins in our teenage years and continues into at least our eighth decade on the planet. Intriguingly, it seems to be universal: the trend is seen across all human cultures, from Guatemala to India.”

The change that most of us experience is generally positive. According to the lead author of the 2018 study, Rodica Damian, “On average, everyone becomes more conscientious, more emotionally stable, and more agreeable.”

If parts of our personality change naturally, certainly our interests do too, right? We’re bound to expand our worldview if we factor in life changes like moving, joining new communities, getting an education, learning new skills, making new friends, and starting new relationships—not to mention how art and inspiration can change our perspective. The music you listen to and the films you watch can also expand your ideas of success.

How you defined success when you were 21 will likely be different from how you define success at 35. Try to practice the reflection exercise mentioned above every year. Take note of how your values, interests, and goals have shifted. Rather than working hard to pursue something that no longer matters to you, give yourself the freedom to explore new areas of interest. Fortunately, you can pick up new skills for free or not very much money without having to invest in formal education. For example, with Splice Skills, you can learn mastering, mixing, how to create drum beats, music production basics, and more.

Like Sayana said, “It may take years to develop a sound, find a team, build an audience, and start making a living from music. Everyone’s journey and timeline look uniquely different, so it’s no use comparing your own progress with someone else’s.” That said, it’s important to differentiate between when things get hard and when they don’t align with your values or interests anymore. If you’re feeling stuck before reaching a goal, ask yourself if you just need to persist a bit longer or if it’s time to pivot, and then give yourself permission to do either.

Money is a tool, not a measure of worth

Yes, more money makes life easier and more comfortable. There’s no denying that. It can also help facilitate your ability to do the things you find most fulfilling. However, earning money itself, though rewarding in the short-term, won’t fulfill you.

In my opinion, money is one thing that can (though not always) allow you to do the things that make you feel successful or fulfilled. However, it’s not a measure of success itself. The same could be said for awards. Are they a measure of success or are they simply a tool for creating bigger opportunities? Are they the only tool, or are there other ways to create the same experiences?

There are plenty of ways to feel successful without money or awards. Personally, I find having meaningful personal and creative relationships with people is a success (and costs nothing). I once had a podcast that allowed me to meet artists I admired and learn about their creative process. I made no money from that project; if anything it cost me. But it led to several friendships, quite a few writing / consulting gigs, and free places to crash when I traveled. I funded that project (and my travels) with money made from freelancing. That money was a tool to help me do this experiment and see out my creative vision.

I didn’t measure success by listens, how many episodes I published, or Instagram followers. I measured success by the quality of the conversations and whether or not I was able to help those artists garner a few new fans. That said, I did find myself getting wrapped up in the stats. I began to worry about how it would sustain itself financially. That’s when I stepped away from the project—it was no longer fulfilling me the way it once was.

I took the money that went into that project and used it to pay off the debt I had accrued in my younger years and started saving more seriously for my future. That relieved a lot of stress for me and directly benefited my mental health. That was also a success to me—being able to free myself of that burden.

I know artists who’ll support a huge act on tour and take that money to fund their next recording project. Maybe they pay themselves a little bit more discretionary income than they normally do that season. But they keep re-investing their earnings back into their project. They find ways to make money to buy them time to work on their music. With time they get better, tour with bigger and bigger artists, sell more records, grow their audience, and become able to do the same for another smaller act. To them, success isn’t the records sold or the audience growth; it’s being able to support other musicians the way they were once supported, and money allowed them to do that.

How do you define success? Let us know in the comments below. 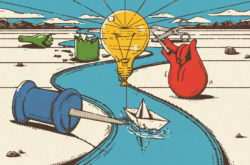 Less grinding, more flowing: How to work well without the hustle

Consider incorporating these five practices into your daily routine to reduce burnout and maximize productivity (without feeling like you’re always hustling). 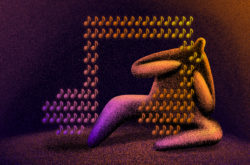 How to set and achieve your goals for 2022

Let’s look at some easy steps you can take to set yourself up for success in reaching your goals and staying productive through the entire year. 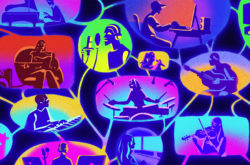 How to build a creative ecosystem as a musician

Career musicians share how they foster a music industry ecosystem, discussing everything from building meaningful relationships to approaching studio sessions.