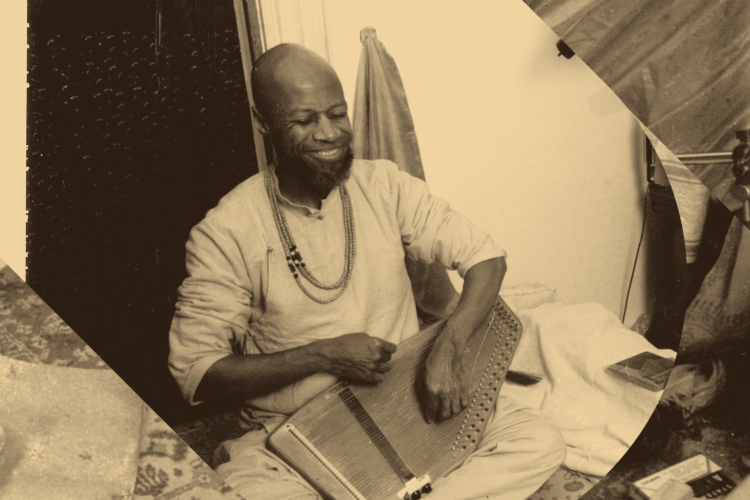 “The body was born in Philadelphia, I was never born. I started realizing that being a child was a captive situation, and music gave me wings to escape, from the tyranny of adults, and I think to move into other dimensions… ”

Sound is a transformative force for Laraaji. This is evident in his winding journey as a comedian, actor, and global musical phenomenon, collaborating with Brian Eno in 1980 and releasing on countless renowned labels including All Saints Records, Leaving Records, and Soul Jazz Records. Laraaji has described his musical style as non-linear and uplifting; it speaks to the power of sonic experimentation and its impact on human consciousness. If you dig through the depths of his discography, one of his joyful compositions might change you, too.

Splice Originals had the pleasure of working with Laraaji to create an ambient pack featuring the zither, kalimba, vibraphones, and other percussive elements. Below, he shares his experience recording these sounds and his hopes for the inspiration they will spark.

To start, tell us about your overall experience recording this pack. Was this your first time recording a sample pack, or was this familiar territory? Did you go into the session with a plan or vision in mind, or did you leave room for improvisation?

Somewhere in the 80s, I remember recording for The Valentine Brothers somewhere in New York, being invited into their midtown Manhattan recording studio and recording samples of the electric zither. That has been my only formal sampling session. For this Splice session, I arrived with the attitude of being spontaneous and following the Splice team’s suggestions. I had no real structure in mind – just to go with what he thought he would like me to do.

What kinds of instruments or sounds did you work with? As a musician, how does recording individual samples feel compared to creating an entire composition or song from start to finish?

As I recall, I used electric zither and the effects pedals that were supplied in the studio and manipulated by the Splice team. It’s a learning exercise to do sampling because I hear myself in a new way that allows me to fine tune my zither performance vocabulary.

We know that it can be an insightful yet challenging process to create something for a specific audience – in this case, fellow musicians and producers. What were some of the challenges, if any? For instance, did you ever feel any tension between retaining your sound and creating a pack that anyone could use?

I appreciate the idea of allowing my basic vocabulary to be used and played with by other musicians. To hear musicians and composers having fun with the basic zither vocabulary that I use… There is no tension, and I believe that once other artists get a hold of it, they will be inspired to go in directions other than the ones I’ve chosen. I’m waiting to see some exciting results from this.

To close, what do you hope producers and musicians will create with your sounds?

I am hoping to be surprised, inspired, and encouraged to reach into other directions with the electric zither as a result of listening to what creative composers and musicians will be doing with this. I’ll be able to sit back and listen to this music in fresh new patterns and contexts. This is exciting for me. I look forward to it. It’s something I do with synthesizers. Musicians design wonderful voices and sounds for synthesizers, and then I come along, take the synthesizer, and use their creations to channel my own creations, so it’s something I’ve always been doing and I am open to others doing it with my sounds… Film, relaxation, dance, jazz, healing, jam sessions – having creative fun like I’m having with my career.

Add Laraaji’s transcendent touch to your music with his comprehensive collection of sounds. 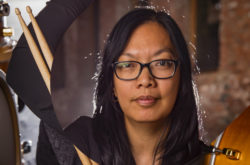 We sat down with Susie Ibarra to discuss her experience recording a global selection of percussion instruments, drums, and kulintang loops and one-shots. 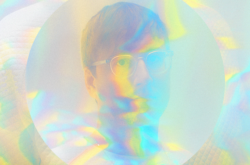 Machinedrum shares his experience recording objects from The Home Depot using the Perc Pro for his Splice Originals sample pack. 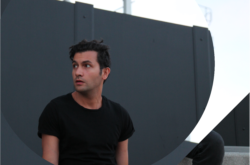 We sat down with Sharooz Raoofi, founder of Sample Magic, to discuss how the sample pack industry has changed, where he sees the future of plugins headed, and his advice for young artists.