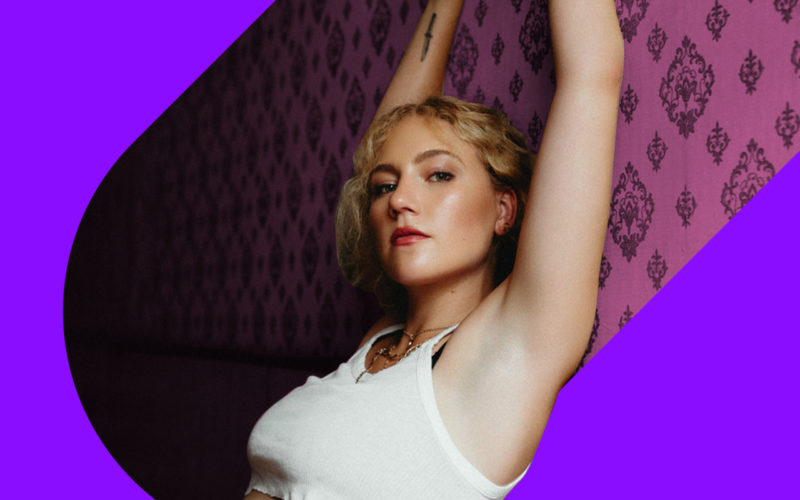 You may have heard Kat Cunning’s music before, without even knowing it.

Their minimalistic but striking tracks are heard on everything from drama series such as Trinkets and Riverdale to ads for Victoria’s Secret. To get a taste of Kat Cunning’s dynamic sound, take a listen to their latest single, “Supernova (tigers blud),” which effortlessly blends pop and cinematic influences:

Recently, we got on the phone with Kat to discuss their beginnings in music, notable sync placements, and more – read highlights below.

Let’s start with where it all began. As a musician, actor, and dancer, you’re obviously very multi-talented – how did you kick off your career in music?

While I was studying dance at SUNY Purchase, I joined a soul voices choir. It was an inspiring choir to be a part of because songs were all arranged into old funk and soul, and the director really championed all the different kinds of voices that were in the choir. So, I had a little solo and that was like… the thing that made me feel like I could do this a little bit.

Later on, I joined a dance company, and told them that I could sing in order to keep the job because having two skills made me more valuable. They gave me a solo in a show, and then the Times reviewed that show and mentioned me as a standout moment. After receiving that mark of approval, I began getting some interest from other people who wanted to write with me, so I just got started, and it turned out that I had so many things to say and just… a lot that had been ready to be written. I think I had a lot of strong instincts for music coming from my relationship to it as a dancer.

Currently, how do you balance dance and everything else with your music career?

I feel that my music career sort of takes precedence because I’m not pursuing dance as a dancer. I’m rather involving dance in my music career, so really, the two things I pursue are music and acting, and then all the other things that I enjoy fall into either of those two categories. Music feels like the most consuming one, because it’s my business. It’s my words and my creation, whereas with acting, I’m always dependent on a work that’s being made before I get the notice to audition for it. That’s sort of on the rest of the world’s time, while I just obsess over my own creation first – music is the priority.

That said, it’s really exciting when my music and acting go together, like in Trinkets, where my music is featured. My character sings my actual songs, and that’s the dream. I look to people like Donald Glover for individuals who are really making both of their careers mesh together and paving the way as multidisciplinary visionaries. I think of both music and acting as storytelling, and I just want to do them all the time.

A lot of people say that sync is a great way to kick off a self-sustaining music career. Speaking of Trinkets, would you say that sync has helped build momentum in your musical career?

Absolutely – “King of Shadow” in Trinkets is a huge example. Getting to have my song in a young-adult TV show where I played the person singing it was huge for me. That gave me the biggest boost in my following that I’ve ever had, so I totally believe in the power of sync. It’s like having a free music video for your song, especially when it’s paired with a moment that’s beautiful.

I only had a couple of syncs before that. One was for Victoria’s Secret, which was a total dream. Like, my songs layering a bunch of babes in underwear – amazing. I also had my song “EVE” on Riverdale. It was actually the first song I ever wrote, so it was really cool to see it work for something. I think I got a little boost from that, too.

What kind of promotional work do you do around a sync placement? How should an artist make the most of one?

Having your song on Shazam is huge. Shazam definitely helped people find me through my placements. Other than that, social media is one of those cool things. Everybody can use it to shamelessly tag the shit out of their music in correlation to a show, so I think that’s a good idea. Just use any resource you have to make sure you’re connecting yourself to that project, since you’re a part of it.

In the context of sync, how do you think writing for someone else’s project differs from writing your own personal material?

Interestingly, I’ve only ever arranged covers for a TV show. I’ve never really written an original to specifically target the vibe of what a show is looking for. I’m usually more like, “Do I have something like this already? Is this a vibe that’s inspiring me?” I think at least for me, if I’m writing for the project, it’s going to miss the mark. I have to write for me, and I have to say what I want to say, so the prompt has to really speak to me.

In that sense, it’s kind of amazing I’ve ever gotten a sync placement because my stories are really self-absorbed. But I think at the heart of it, it just always has to make sense to you and inspire you. Then, if you can lean towards being more vague, while keeping the message real for you, then that obviously helps your song be more versatile.

Do you have a favorite use of your music in an ad, movie, or TV show?

I have to say “King of Shadow.” I mean, I got to sing it. It was so beautiful, and I’m a queer person and to be in a queer story, to be the love interest of someone catching eyes across a concert hall – that’s a rom-com I would cry at. Plus, it was really cool that the moment was taken care of so beautifully, because so often, when there’s a performance scene in a TV show, you can just tell the sync is off. You can tell people are bumping their heads to a totally different beat. I looked after that, and to have done that scene and feel like it was really beautiful emotionally and lighting-wise was really special.

To wrap up, can you speak to why you think sync could be beneficial to artists, not only at the start of their career, but across all stages of their career?

At the start of your career, sync can be so beneficial because you’re pairing up with something that’s stronger and bigger than you that adds an evocative visual to your song, and it gives you a whole new audience. Throughout your career, it can be awesome because for me, it’s been really cathartic to indulge a little bit more in choices that I can’t necessarily make for my own albums. It’s just really fun to do.

This interview has been edited and condensed for clarity. 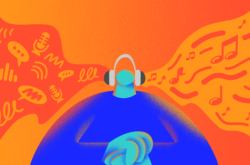 How to get your music on podcasts

We walk through how podcast publishers secure rights to music and sounds, as well as different ways to get your music onto podcasts.