His passion for great music, and for making sure the people who are behind the scenes are supported and paid, is palpable in his work and in the way he speaks about it. Having started drumming professionally in his early teenage years, Lovano went on to perform with acts ranging from Skrillex to Snoh Aalegra. He then went on to found Jammcard, a network for professional musicians, which has seen tremendous growth since its launch in 2013. Jammcard has helped acts from Zedd to Kanye West build their live acts and countless others build bands for their studio recording sessions, and now, the stars behind the stars are coming to Splice in a brand new collaborative effort with a series of artist sample packs.

We spoke over the phone on the day of launch of Jammcard Booking, a new feature suite within Jammcard that allows musicians to be paid directly and opens up the possibilities of remote sessions and lessons. In a wide-ranging conversation, Lovano discussed The Creative Community Fund, Jammcard’s new collaboration with Splice, his musical predictions for the 2020s, and what touring and session musicians can be doing right now while they’re stuck at home.

How did The Creative Community Fund come about, and how has the response been to the fund so far?

This was actually the idea of the people at Winston House. A friend of mine, Corey, is the founder of Winston House. He called me and was like, “Hey, I have an idea. How do you feel about this?” I was like, “Dude, this is amazing,” because he had it so simple. I was like, “Something simple and lean is the only thing that’ll work to get people money in the span of like a week.”

Corey and the Winston House team were about to open their new venue, which they unfortunately can’t do right now, so he has a handful of employees who have the time and are very passionate about this – and they totally knocked it out of the park. I’m still waiting on the exact numbers, but I believe we got a couple hundred of our members money within 48 hours.

That’s huge – I think it’s really awesome and important to be figuring out how to support musicians so they can start to figure out what their new normal looks like, as opposed to just being totally on the sidelines for the next however many months.

Yeah. I’m excited to see the general population of the world recover from this so we can interact with each other and create a new ecosystem that’s hopefully more fair to freelancers and artists and has more opportunities and tools for them. That’s one area where I feel Jammcard and Splice are very aligned.

On that note, how did the partnership between Jammcard and Splice come about?

Being a drummer, I’ve always just made my own beats, so I was personally never making sample packs for the last 10, 15 years of me being a musician. But then, recently, I made friends with Steve Martocci. He and I would just brainstorm on a high level on the music industry, where it’s going, and what we can do to help make it a positive world for creators.

What is Jammcard Samples bringing to Splice for its launch?

Our first pack that we’re dropping features Luke Holland. Luke is a well-known drummer; he’s very talented and does a lot of sessions, but he can only do one at a time. We thought a sample pack with him would be a way where we can do one session and put it out to the world, and maybe a thousand tracks will get made from it. That’s what excited me. A big thing that I fight for is proving that the people behind the stars are stars too, and finding opportunities for musicians to come to the front of the stage, or even the metaphorical stage: being featured via a sample pack, or whatnot.

Have any of the musicians featured on these packs worked in this way before? If not, what were some of the aspects that were particularly challenging or exciting to them?

I think that most of them had never done anything like this before. We’d get in the studio, and then Luke’s like, “Alright, great. What do you want me to do?” I was just like, “I want you to do you – let’s get creative.” Luckily, we had the Sample Magic team in the room with us for all of these packs. I wanted to do whatever Luke and Jammcard wanted to do creatively, while also considering what’s popular on Splice and what’s missing.

On the other hand, we recorded Phil Cornish a few months ago, during the heat of the Sunday Services with Kanye. They were on Kanye’s private jet every day flying to who-knows-where – they didn’t even know where. They would get on a plane at midnight and fly to New York and be like, “Okay, cool – we’re playing in Queens at 6:00 am.” They have no idea, and it’s like 50 people. It’s Phil and a few drummers and a four-piece horn section, guitar, bass, maybe his brother also on keys, and then a 40-piece choir.

When we were in the studio tracking Phil’s pack, he would frequently play something and then go straight to his phone. I’d be like, “You good?” He’d say things like, “Yeah, I think I’m going to Detroit as soon as we’re done with this pack? I don’t know.”

How did the two of you come into contact?

Jammcard. He got on Jammcard two years ago, the day he moved to LA. He got invited by somebody. Two days later, we were doing the JammJam at Capitol Records with Ty Dolla $ign. That was a really awesome day, and that was the day I met Phil. Then, Sunday Service started, just weeks or a month or so later.

What’s something that you might be excited about in this time, even though a lot of things are upside down?

The performing / instrumental musician is coming back. You can tell from this whole Instagram music culture, where you see these bedroom musicians coming out of everywhere, and they’re ridiculously talented. If you went to Coachella five years ago, you’d see few musicians onstage. It was all DJs and hip hop artists with a DJ, and that was a very hard time for me as a drummer.

But now you look onstage and even the DJs have musicians onstage. Zedd hit us up; we built a live band for Zedd. Every rapper is also like, “No, I want to have a band onstage.” I feel like it’s kind of a cred move to be like, “Yeah, I got a band, and my band is sick.”

I’m really excited that the musician is back and prominent, and I think that’s only going to keep going. Hopefully, there’s some great new rock music that comes out, because that’s been a big void. I think things are going towards that direction; what’s happening culturally and politically right now creates anger. I think we’re just one new rock hero away from influencing a whole new culture of rock.

But for now, Afrobeat music. Funk is huge right now, which is so tight. The jam bands are still just proving how much of a market they are themselves. I’m excited to see musicians onstage and to see artists like Thundercat be big. There’s Snarky Puppy, Robert Glasper, Terrace Martin, Cory Henry, Kamasi Washington, the West Coast Get Down, Hiatus Kaiyote, Tank and The Bangas… You got all these great bands. Even if they’re solo artists, they have a band, a squad, or some sort of collective around them. They’re all these camps of amazing, amazing musicians.

I think when we come out of this, we’ve got a decade of the age of the artist. I think independent music is going to be bigger than ever. I think that this situation is going to knock out a lot of the big companies that have been holding musicians back, or holding fair deals back. I do see a better music industry rising out of this, and I hope that Jammcard will be a strong player in terms of fighting for the artist, and I think Splice will be too.

What’s your advice for touring musicians or other musicians whose livelihoods have been disrupted by COVID-19?

I think that musicians are some of the only people who can create collaboratively right now, actually. You can’t play sports and you can’t make a film, but you can make an album. I think that now is an amazing time to hone in on your skills and practice. If you’re able, you should invest in a home studio. It can be as simple as Logic and a preamp and an SM58. It can be stripped down, because you can make that really good.

In order for you to be competitive as a modern-day musician or modern-day music professional, I think it’s a necessity to be able to do that. If you can, then there’s nothing holding you back right now from growing. You can make albums and collaborate with people. You can go on Splice and find sounds. You can go on Jammcard and book your favorite musicians who have remote home studios who can collaborate with you right now.

Besides that, do whatever you can to stay on a high frequency mentally, whether that’s burying yourself in distraction by learning music or something else. Anyone who’s reading – you’re already on the right path right now. Just dive deeper, because you have a rare opportunity to have no distractions.

Take care of yourself, take care of each other, take care of musicians, support musicians, and pay musicians. Whether you’re paying them by using their sample packs or by booking them on Jammcard, whatever it is, let’s keep it spinning.

Incorporate Jammcard Samples’ sounds into your own productions: 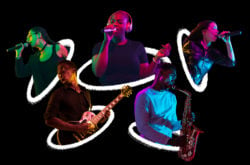 Remote collaboration can be a gift to our creative lives and personal wellbeing when being together in the same space isn’t possible. 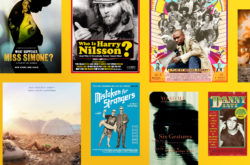 We’ve gathered a selection of some of our favorite music documentaries that you can watch online, right now.