“Usually she starts with the hook,” veteran producer J Melodic tells us as he discusses his latest sessions with Tierra Whack.

“And so what I usually do is go out of the room and just give her some time—I’m really antsy, so I’ll come back when she has the ideas. I was literally out of the room for three minutes and she recorded the idea for the hook. I heard it and it was just insane.”

Tierra Whack’s “Art Show” went on to become featured in Pokémon 25: The Album, a project where she and leading artists spanning J Balvin and Katy Perry to Post Malone and Vince Staples came together to celebrate the 25th anniversary of Pokémon. In the video above, J Melodic opens up the Logic Pro project for the infectious track and breaks down how he used this nostalgic drum loop from Splice Sounds as inspiration for crafting the rest of the sounds in the production.

From there, he also gives us an inside look into “Stand Up,” the hard-hitting opener for one of her three recent EPs. Using a powerful bass loop instead as the starting point, he describes how he added drums and effects around it that complement one another.

What was your favorite production insight from J Melodic? What hit tracks would you like to see a producer break down on the Splice YouTube channel next? Let us know in the comments section of the video, and also check out our recent analysis of Pokémon Legends: Arceus if you’re looking for more insights on the music crafted around the beloved franchise. 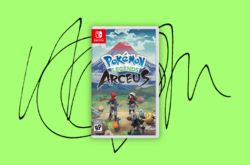 Let’s explore how and why the sounds of Pokémon Legends: Arceus stand uniquely apart from the series’ previous installments. 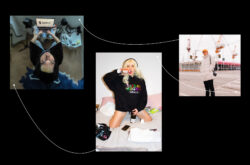 Beyond hyperpop: GFOTY, umru, and Count Baldor dive deep into the movement

We interviewed GFOTY, umru, and Count Baldor to explore hyperpop, one of the most exciting musical movements of today.