Zoning laws and housing discrimination, as told by Grandmaster Flash, Dr. Dre, and others 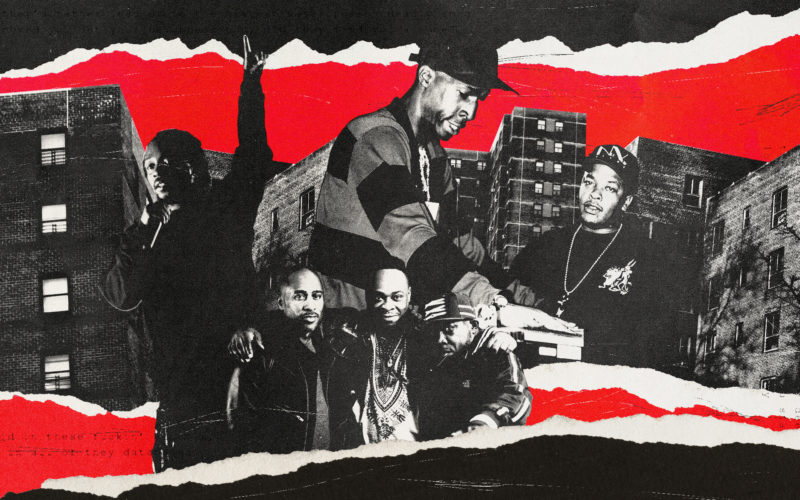 Housing discrimination against Black people in the United States goes back as far as the country itself.

However, it was the Federal Housing Administration, created in 1934 as part of Franklin D. Roosevelt’s New Deal, that began the structural embedding of housing discrimination into the bedrock of the United States through their zoning laws. It set the stage for the enforcement of poverty, squalor, and second-class citizenship for Black Americans by the U.S. government.

Author and former The Atlantic national correspondent Ta-Nehisi Coates writes in “The Case for Reparations,” “The FHA had adopted a system of maps that rated neighborhoods according to their perceived stability. On the maps, green areas… indicated ‘in demand’ neighborhoods that, as one appraiser put it, lacked ‘a single foreigner or Negro.’ Neighborhoods where Black people lived were rated ‘D’ and were usually considered ineligible for FHA backing. They were colored in red. Neither the percentage of Black people living there nor their social class mattered. Black people were viewed as a contagion.”

These zoning laws systematically excluded Black residents from homeownership at a crucial moment that formed foundations of generational wealth for many white families. Black neighborhoods were cut off from investment and from economic opportunities that were springing up in white-majority areas as more white residents bought their own homes with FHA backing.

In response to the influx of Black people from the South in the 1930s and onwards, banks, insurance companies, and businesses began increasing or denying the cost of services such as banking, insurance, access to health care and jobs, or even supermarkets to residents of predominantly Black areas – again damning Black Americans to second-class citizenship. FHA appraisers gave these areas low scores, leading to low investment, falling property prices, and the steady impoverishment of Black residents, owners and tenants alike. Furthermore, racial zoning laws used when making highways like in Birmingham, Alabama left Black neighborhoods isolated from goods and services, causing further economic damage.

“The Space Program” by A Tribe Called Quest

They’d rather lead us to the grayest water poison deadly smog
Moved you out your neighborhood, did they find you a home?

Barely habitable housing conditions were a hallmark of Black tenancy in the 1960s, as pointed out by Martin Luther King in Chicago. Overcrowding, inadequate hygiene conditions due to poor plumbing infrastructure, lack of clean water, and threats of arson and violence from white supremacists groups were just some of the ails that plagued Black housing throughout the 1960s – all aided and abetted by zoning laws. These laws ensured there would be no investment to help alleviate the poverty that formed the bedrock of these poor conditions, and nowhere else for Black tenants to go. And where there was investment, racial covenants and forceful evictions were used to remove Black tenants from their homes.

Teachers so underpaid in these f****n’ schools,
Police got our name in all of they databases

Housing discrimination and the creation of ghettos went on to maintain structural boundaries to Black economic power and desegregation. Take schooling for instance. U.S. schools are funded by property taxes on local homes. When federal zoning ordinances and convents were used to drive down property prices in Black neighborhoods and declare them “unsafe to insure” for mortgages, property taxes went down and schools for Black children were left impoverished and unable to provide for their students. They lacked the resources and manpower used by rich, white schools to ensure high grades, higher education, and higher income to white students. Black students were left trapped inside ghettos and, combined with the influx in militarized police in Black neighborhoods, fed straight into prison pipelines. U.S. government policy damned generations of Black children to poor education, structural poverty, lesser opportunity, and incarcerated slavery.

As Told By tells the story of racial injustice through music. Stay tuned for more entires.

Takashi Hideaki Takashi Hideaki is a freelance writer based in the United Kingdom who has written for publications such as VICE on tech, culture, and policy. 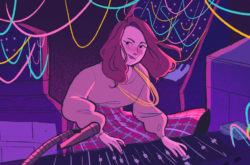