How to get an album pressed to vinyl 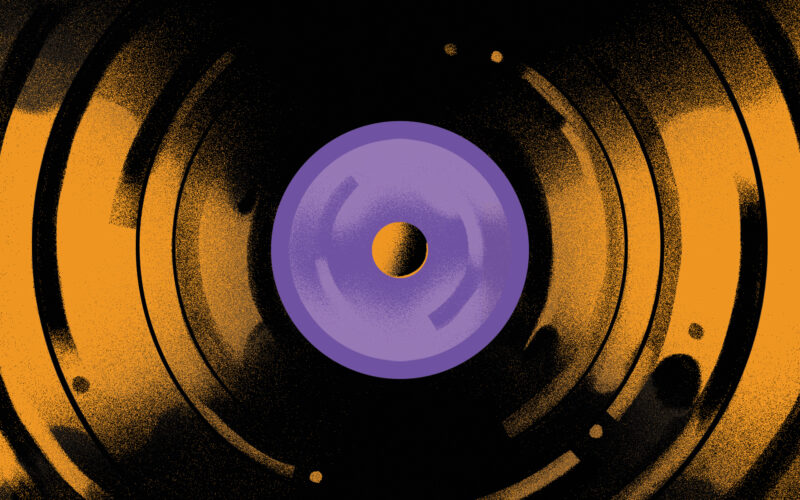 Vinyl has made a comeback, and it’s for a good reason.

Among many of the older forms of entertainment and consumption (think Polaroid-style cameras, flip phones, and VHS tapes), vinyl records have made an exceptional comeback in recent years. Putting a High Fidelity remake and Urban Outfitters selling an accessible rig aside, vinyl consumption has surpassed irony or something hipsters do. But even with all the demand for it, pressing a release on vinyl can be an intimidating feat, especially with COVID-19 hitting pressing plants and people’s pockets hard.

As an artist, you’ve perhaps went through your parents’ old collection, crate-dug on your own, or flipped and scratched them on a turntable. Getting your work put onto vinyl itself is entirely different. As a musician, vocalist, or beat maker, having your songs on vinyl could up your game in quite a few ways. Below, we demystify how pressing to vinyl can benefit you as an artist, how to find a manufacturer, and what you’ll need to provide them with in order to make it happen.

How does vinyl hold up to other formats?

If you’ve had little to no interaction with a vinyl record before, you may be wondering what the big to-do is. Whether or not vinyl is “better” than its digital successor, MP3s, depends on who you talk to, but there are certainly benefits to it.

In terms of longevity alone, vinyl takes the cake. Sure, a vinyl record can get scratched or broken, and a record player may not always be immediately available. But on the other hand, there’s zero chance of losing anything in a computer crash or having to convert different digital files depending on what program you’re using. Vinyl is the only format that’s fully analog and doesn’t require any digital conversion or reading to be played back (that said, with the way vinyl is made now, some form of digital files may be involved, especially if you’re working with a mastering studio or pressing plant that isn’t local to you).

The main benefit of vinyl comes from its audio characteristics, particularly for the audiophiles among us. If a record was engineered in the fairly traditional way of recording sound onto reels of magnetic tape before an engineer masters them to lacquer, then it’s in its closest form to what the artist intended it to be while playing it, according to Adam Gonsalves, Senior Mastering Engineer at Telegraph Mastering. Gonsalves described the sound in an interview with The Oregonian as being “very mid-range-y and very warm,” as that’s how people typically tend to organically hear music. This is in strong contrast to the sometimes overwrought, loudness-war-driven sound a digital master can lend itself to.

Still, most modern vinyl is produced from some type of digital master—and there isn’t anything wrong with that. It’s really a matter of preference, access, and album length. Longer albums will have skinnier grooves in order to fit more per side. Ideally, you’ll also want to keep in mind the sonic elements you include in your songs, since higher pitches can lead to the crackling sounds sometimes heard during vinyl playback.

Why you should care about vinyl as an artist

Other than its auditory highs and lows, there’s a certain novelty to owning vinyl for a consumer that makes it an advantageous investment for an artist. Looking at vinyl sales over the last few years, record revenue has skyrocketed, both through online platforms like Discogs, eBay, and Amazon, as well as in actual record stores.

The Recording Industry Association of America (RIAA) reported that by the end of 2020, the total revenues of vinyl record sales had surpassed that of CDs for the first time since 1986. Billboard reported that despite COVID-19 affecting retail sales across many sectors, vinyl saw a 28.7% increase in value, having its highest sales week in history in the week leading up to Christmas last year, selling over 1.8 million records.

Physical and online stores aside, a chunk of the vinyl market comes from vinyl subscription services. Essentially, these work like your typical subscription box—think what IPSY is for makeup or what HelloFresh is for food—except it’s vinyl that arrives at a member’s door every month. While each one is fairly different, many of them act as music discovery services that help to put on new, indie, or unsigned artists. Depending on who you reach out to, getting your album on their radar could be as simple as sending an email or being on an indie label, but we’ll go into more detail about that later.

Keeping all this information in mind, there are still a few things you’ll need to get together and consider before moving forward. No one ever said it would be easy, though it is easier than some may expect. It’s mainly a matter of knowing when the time is right for you as an artist to press to vinyl, so think about these factors before really making a decision.

Perhaps the biggest hangup when it comes to offering a vinyl in your discographical repertoire is the price it takes to cut it. If we don’t factor in the price of recording (as it’s possible you have your own studio or affordable access to one), it’ll typically depend on how you go about the process.

If you’re getting your recordings mixed and mastered at a professional mastering house, someone with years of training will cost more than a plant that can master in-house. Depending on the size you’re getting (i.e. 7” or 12”), how long your record is, and the quantity of your run, you’re looking at around $1,000 minimum to start.

That doesn’t always take into account other factors like if you’re sticking to a flat black variant or going with a special colored variant or etching, labels, and sleeves. Some places offer bundle deals or have inclusive price points. Take Musicol Vinyl Pressing & Recording Studios, for instance. Their pressing prices include lacquer cutting and mastering, stampers, test pressings, labels, white paper sleeves, and the records themselves, with a 100 count run of 12” starting at $1190.

Other places may not offer bundle deals, wherein the individual pricing can definitely stack up. Take Jack White’s Third Man Pressing. Their minimum run starts at $500, with a basic black 130-gram pressing being $1.75 each. A lacquer master of the same size would run you $230 per side, while two to three-step stampers are $137 and $202 per side, respectively.

Other deals are possible to work out, as well. Remember those subscription services mentioned before? VNYL is one of those (full disclosure: I work here as my full-time job), and they provide pressing services for small artists and labels. While they don’t do the mastering in-house, the music discovery subscription service does front the fees for the actual vinyl pressing with no money down by the artist or label. In exchange, they’re able to use your record in their curating inventory and have the rights to repress runs of the record for a certain amount of time afterward. You’ll get promotional copies to use as you see fit, plus free marketing for your record.

In a pre-COVID world, pressing plants would normally take around three to four months to have a record in production, but times have since extended to abide by restrictions. With less staff working at plants, production times have gone up to the five or six-month range, if not longer depending on the particular plant used.

When considering a plant to go with, think about their typical capacity first. Plants in the states, like A to Z Media, Third Man, Kindercore, and Cascade Record Pressing (to name a few) typically churn out hundreds to thousands of records per day. Where you fall in their queue versus, say, that of the smaller and only POC-run pressing plant Soft Wax Pressing, may be significantly different. The latter plant requires potential clients to fill out an application first before your project is approved. While waiting for approval can seem like it takes forever, there may also be stacks of releases before yours with major plants.

Because of how long vinyl takes to actually make, it’s important to think about doing a vinyl release separately from your actual album release. Waiting to announce a new album for when its vinyl counterpart is ready could mean putting yourself months behind your actual release schedule. Separate release dates could allow for more marketing and promotional opportunities as well.

The mixing and mastering

This one probably seems obvious, but as lightly detailed above, the differences in mixing and the audio quality for MP3s and vinyl are vast. You’ll want to make sure you don’t over-compress your mix or make it too loud, as it won’t translate onto a record in the way you hear it in the moment.

Try to avoid using too much stereo bass or highly sibilant vocals. The engineer you choose to mix your recording is also integral, as seasoned ones will be privy to de-essing software and other techniques that reduce or cut sibilant frequencies. They’ll make sure the mastering engineer has a properly bounced mix to work with, be it mono or stereo. The mixing and mastering engineers are a key team when it comes to getting the most out of what vinyl audio has to offer, so who you choose to work with is key.

The tracking and sequencing

Unlike a playlist or even a CD, you can’t skip around on a vinyl record. The different grooves don’t mark the start and stop times of songs, and you run the risk of damaging the needle the more you move it around out of sequence. That’s why thinking about the flow of the record is so important, as you’ll want the tracklisting of songs to carry the sonic narrative in a way that can hold someone’s attention from start to finish.

If you know for sure that you’re pressing to vinyl, try to consider the vinyl tracklisting first and rearrange the order of digital and other format releases around that. Be sure to leave about 30 seconds of quiet runtime in between the end of side A and the start of side B. That’ll allow for a smoother-sounding flip without tracks starting or stopping too soon.

Don’t forget about the artwork

Just because something looks good on your phone or on your computer, it doesn’t mean it’ll look good when blown up to the size of an LP album cover. There’s often blurriness and distortion when blowing the art up, so it’s recommended to have your images at 300 dpi (dots per inch) or more to ensure clarity for the front and back covers.

Also consider what you’ll want to put on your center label (make sure you include the UPC), if you’re including any insert art, or, if you’re feeling particularly fancy, if it’s going to be a gatefold or not.

Even though it’s an extensive process, vinyl has been a lasting commodity throughout the decades for a reason. While it’s an investment, it ensures the likelihood of your music lasting throughout history as an artifact of your creation—that’s something computer files aren’t guaranteed to do. Whether you’re unsigned and looking to up your game, or a part of a small indie label that can back you, having your albums on vinyl is surely worth it in the immediate and in the long run. 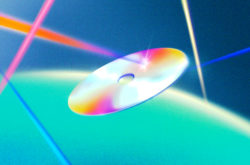 Let’s explore how CDs use lasers to read and write information, and how this technology was revolutionary for music consumption.