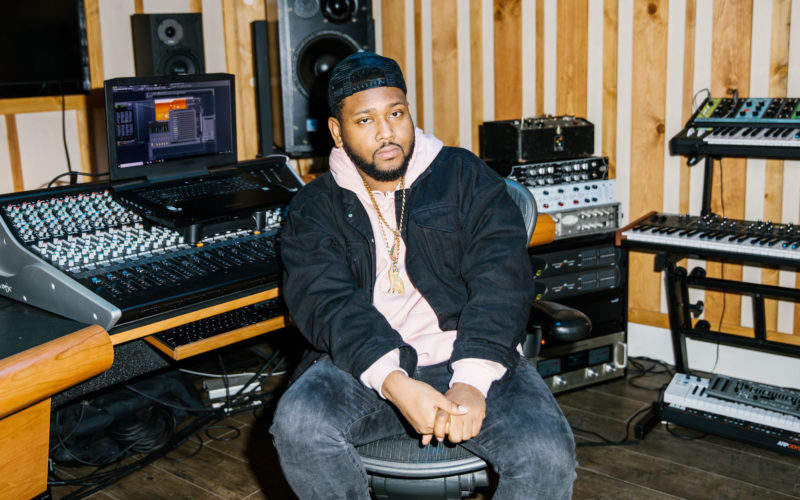 “Yo,” Drake said to Boi-1da, after hearing an early version of “Mob Ties” for the first time.

“Make sure you put this one on lock for me.”

A quick recording session amongst collaborators, some messing around with Omnisphere and Splice, and one hit record with Drake later, Boi-1da earned six Grammy nominations this year and a win for Best Rap Song for producing “God’s Plan.” The prolific hip hop producer has a track record of hits that many only dream of, all of them culminating in a Producer of the Year nomination for his work on Billboard-charting records by Drake, Cardi B, Beyoncé, Jay-Z, and more.

Far from the hills and sunshine of Los Angeles where the Grammy Awards took place is a small town in Ontario called Ajax, where Matthew Jehu Samuels (aka Boi-1da) grew up after relocating from Kingston, Jamaica. His father raised him on a healthy diet of dancehall and reggae, and his mother bought him his first Casio keyboard. In his teenage years, however, he ventured on his own and began experimenting with making beats.

“I got started with music in 2002 – I was 15,” he says. “I always had a love for music. I always had an interest in beats.” A friend eventually introduced him to FruityLoops, and after using his mom’s credit card to buy a copy, it became, in his words, an addiction. “There would be times in the summer where I was not outside at all,” he continues. “All my friends were at parties doing stuff that normal teenagers do, and I was in my basement, like, tweaking sounds and trying to figure out how to chop samples up.” 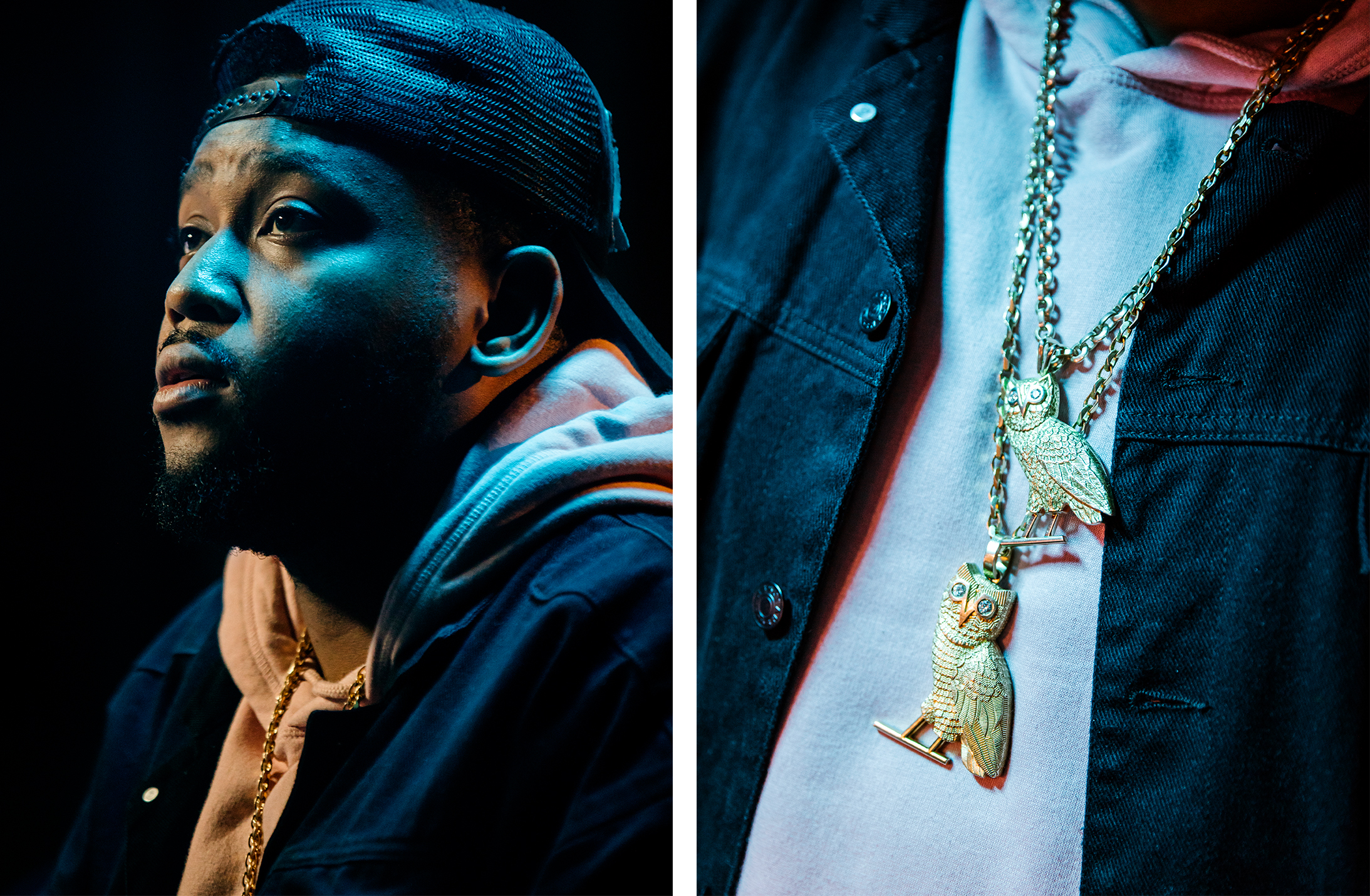 Feeling confident in his newfound endeavor, he began showing friends and other kids at school the work he was putting out, and they encouraged him to enter local beat battles happening in Toronto. At 17, he signed up for his first competition and was nerve-wracked. “It was literally a bunch of grown men talking about the equipment they use, like, ‘I use an ASR 1045 726 Module.’ I didn’t know what anybody was talking about.”

The nascent talent went on to win three consecutive competitions, leveraging the success to make connections in the Toronto music scene, including a fellow producer named D10. D10 was another instrumentalist and producer, who was working at a restaurant at the time. D10 would play piano, and a young MC who also worked at the restaurant would perform alongside him. D10 encouraged Boi-1da to check out the young rapper, often talking him up at length until Boi-1da finally caved and checked him out.

The MC’s name was Aubrey Graham, now known to the world as Drake, back then just an aspiring rapper, occasionally rolling a wheelchair down the halls of Degrassi High. “From the first song I heard,” Boi-1da says, “I was like, ‘Yo, this guy is great.’”

A few missed encounters and plans to collaborate over a handful of MSN Messenger chats later, Drake and Boi-1da finally linked up to produce “Do What You Do.” “This was before OVO,” he says. “It was just us – just me, Drake, and D10, in the studio.” He explains how their first track came together. “Drake just came in and he liked the beat and started writing, like immediately. He was like, ‘Yo, I got something for this. I got, like, a verse and a hook.’ And then he rapped it and went in the booth and recorded it and I was like, ‘Yo, this shit is crazy.’ Just the energy of that whole night was nuts and ever since I was just like – me and this guy, we’ve got to lock in. We’ve got to figure it out man. This is the guy.” 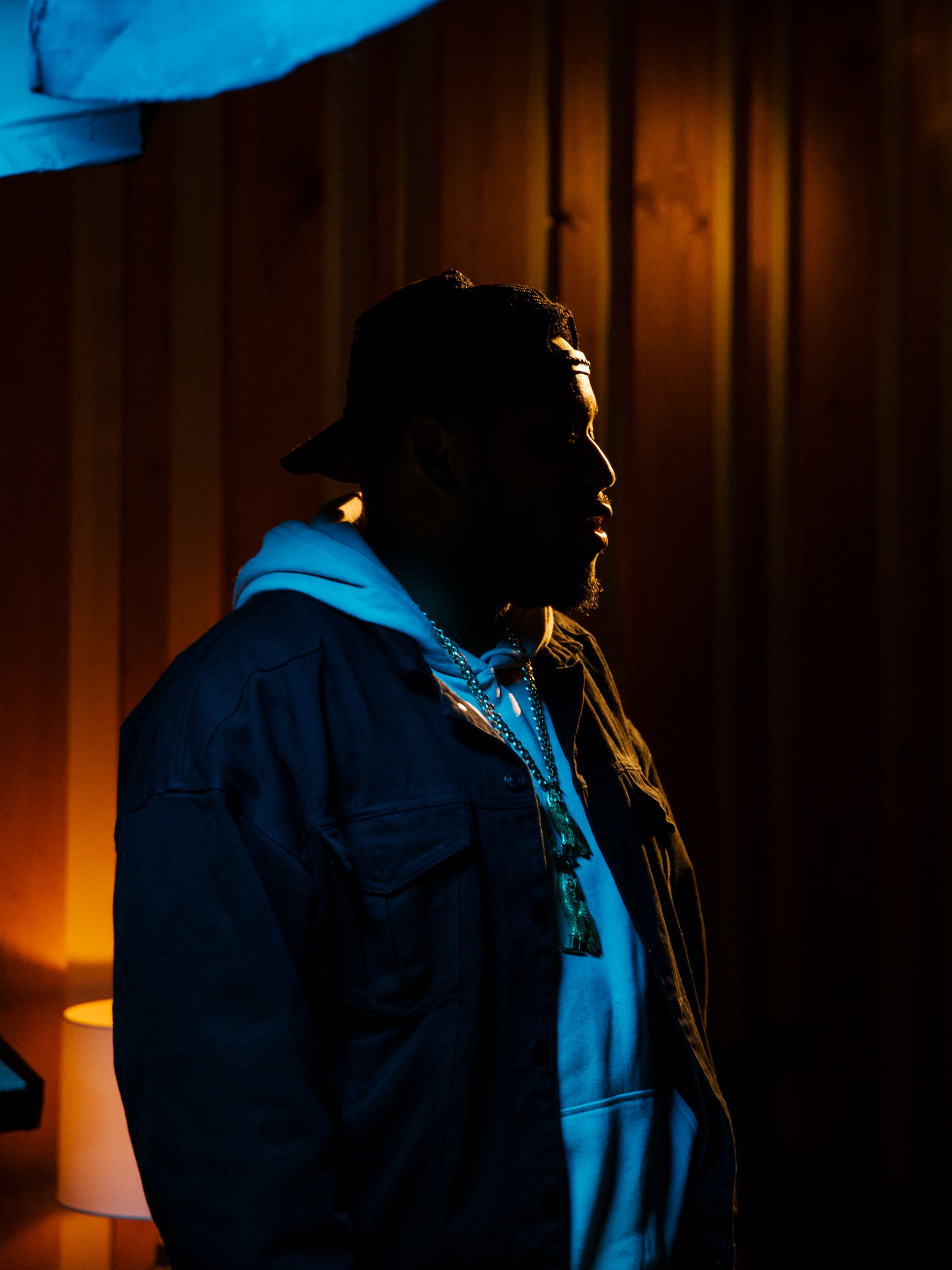 Boi-1da went on to also produce “City is Mine” and “Make Things Right” on Drake’s 2006 mixtape Room for Improvement. The best, however, was yet to come. In 2009, Drake scored his US top-10 single with “Best I Ever Had,” produced by Boi-1da and built around a Hamilton, Joe Frank & Reynold sample from “Fallin’ in Love.” The phone calls from producers and rappers began pouring in.

Boi-1da’s curriculum vitae of rap hits has since grown exponentially, with a number of chart toppers to boot. He’s had his hand in producing the Billboard-topping “Not Afraid” by Eminem (2010), “High School” by Nicki Minaj (2013), “The Blacker The Berry” by Kendrick Lamar (2015), “Real Friends” by Kanye West (2016), and many more. With a past rooted in hip hop and a heritage rooted in Jamaican music, Boi-1da’s sound evolved, grew, and developed, resulting in tracks like “Work” by Rihanna and Drake, which incorporated flairs of dancehall into his unique spin on pop music and scored Boi-1da his second #1 hit.

Despite this string of successes with countless other A-listers, Boi-1da stays tied to his Toronto roots and continues playing a hand in every single Drake project since the days of their MSN chats. The aptly-titled “Mob Ties,” an ode to the Cosa Nostra-like familial loyalty the cutthroat music industry demands, is the latest of Drake and Boi-1da’s collaborations off 2018’s Scorpion.

“The approach leading into Scorpion wasn’t any different [as usual],” Boi-1da tells us. “He’ll shoot ideas to me and he’ll be like, ‘Sample this. Try to make something that sounds like this.’ I just try to accommodate what he wants to do and try my best to bring it out.” Often, it’s less about the explicit idea and more about a vibe. “Music is a mood thing, especially for him. Whatever mood he’s in, you just have to have the right idea at the right time. If you catch the right moment with a beat or an idea or a melody, he’ll come around and make something incredible.”

“Mob Ties” came together towards the end of the production cycle for Scorpion. Boi-1da was joined by collaborators Allen Ritter and vocalist Ashley Turner, another Toronto native. Using FL Studio, the original version of the track was a downtempo, 56 BPM slow burn of a track, built around a guitar melody Ritter had created using Spectrasonics’ Omnisphere. “It was really, like, slow, almost R&B sounding,” Boi-1da recalls. “And then I remember just changing the sound on the guitar, like the main sound, and it just got really aggressive.” He liked how it sounded, so he sped the track up to 86 bpm and added some drums from the Sonny Digital pack on Splice.

“Shout out to Sonny,” he said. “There’s some pretty dope sounds. I ended up using a hi hat and a clap and a snare from one of his kits. Once I added it over the melody, the straight hi hats, it just sounded really dope. It went from like an R&B song to like a trap-anthem-kind-of-record, you know? That’s how it really all began.” Every track for Drake demands additional headroom for vocals. “Drake is an instrument himself on the songs,” he says. “So you’ve got to kind of create a very simplistic canvas, but something that’s also bright at the same time.”

Check out our recreation of “Mob Ties” in the Ableton project file below, featuring some of the very sounds used by Boi-1da:

The rapper heard the demo for “Mob Ties” soon after it was finished, eventually recording the track on his own and since releasing it as the 7th single off Scorpion. Boi-1da and Drake’s kinetic energy on the album led to several Grammy nominations this year, including a win for Best Rap Song for “God’s Plan.” He was busy dropping off his daughter at school when he heard the news of his nominations.

“I got a call from my manager and he was just telling me, ‘Yo bro. You got six nominations, you got nominated for Producer of the Year,’” he says. He thought it was a joke. “He’s a huge troll – I thought he was just trolling me. Then he started sending me links and I kind of pulled over, I was still driving at the time. I was freaking out man. I just didn’t know what to say – I’ve been doing this for like 10 years and I’ve never had a moment like this. I wanted to call and tell my daughter, but she doesn’t even care because she’s eight years old and just wants to play sports and watch YouTube videos.”

He’s aware of what the gravity of a moment like this means for other aspiring producers, whether they’re from Jamaica or Toronto. “It’s something that can show a lot of kids from where I’m from who don’t really believe that you can make it as far as this – that you can, and you’ve gotta just put in the work. Win or lose, I’m happy that I was even here and I even got this far.” 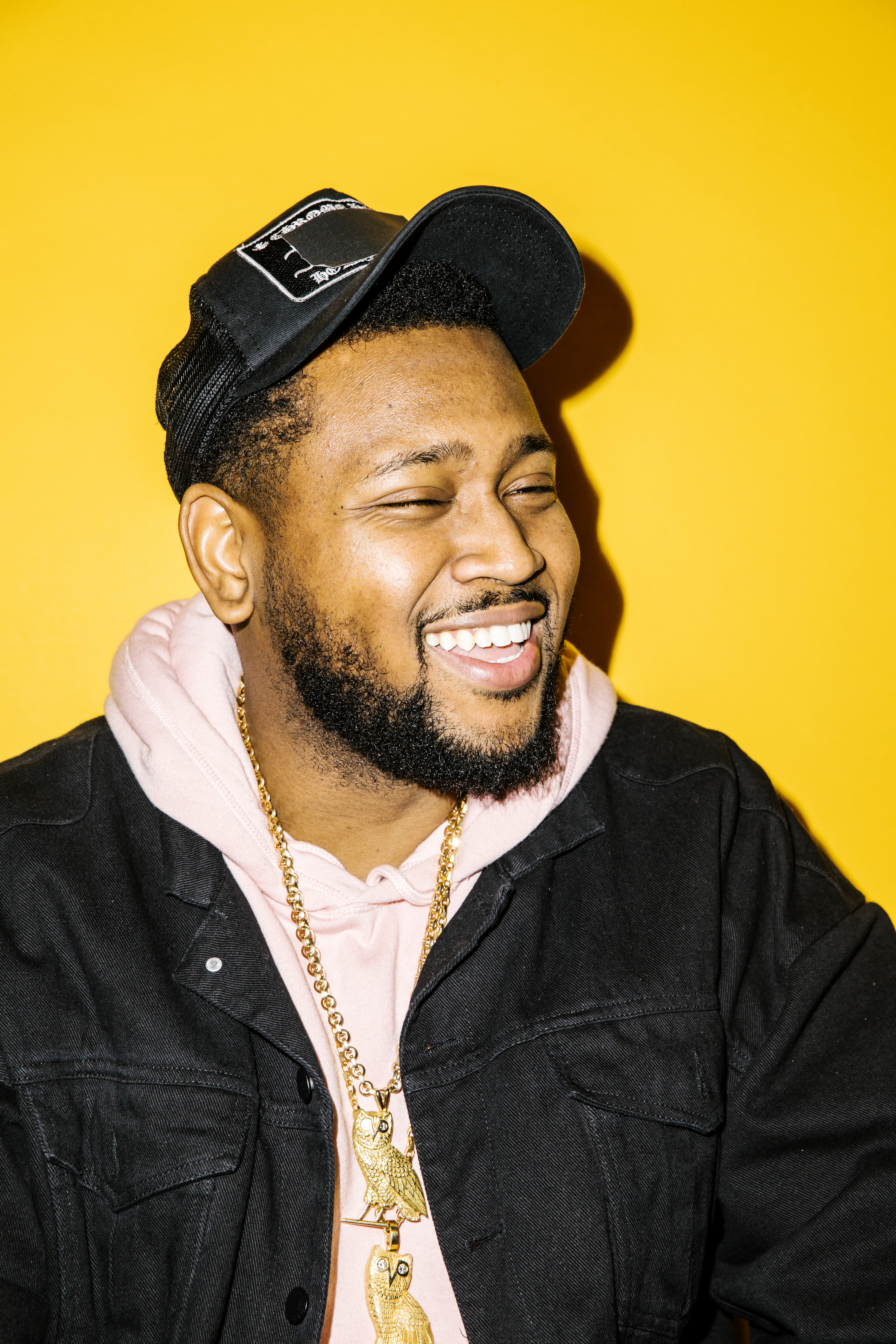 Imparting some wisdom onto the next generation of producers, Boi-1da continues, “Just put yourself out there and just be fearless, and don’t worry about what anybody has to say. Just keep working on your craft and realize also that this is art, this is not competition, you know? It’s art, and people are gonna like your art, people are gonna hate your art, but it’s art at the end of the day. And if you love it, treat it like you love it and put yourself out there.”

With his sample pack release, he hopes to give back to a community of young producers. “The reason I wanted to create the pack was just to give back to the boys and girls who look up to me, and give them something,“ he says. “You know, the best feeling for me is getting new sounds. I love getting new sounds and experimenting with them. I remember putting out my first kit and the response it got – people to this day come up to me and say, ‘Man, I still use your kit. You know, you gave a lot of stuff to a lot of people, a lot of sauce to a lot of people.’ I like doing that for people, you know? So I just like making people happy.” 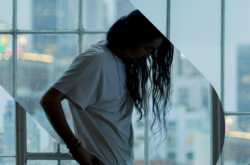 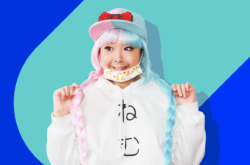