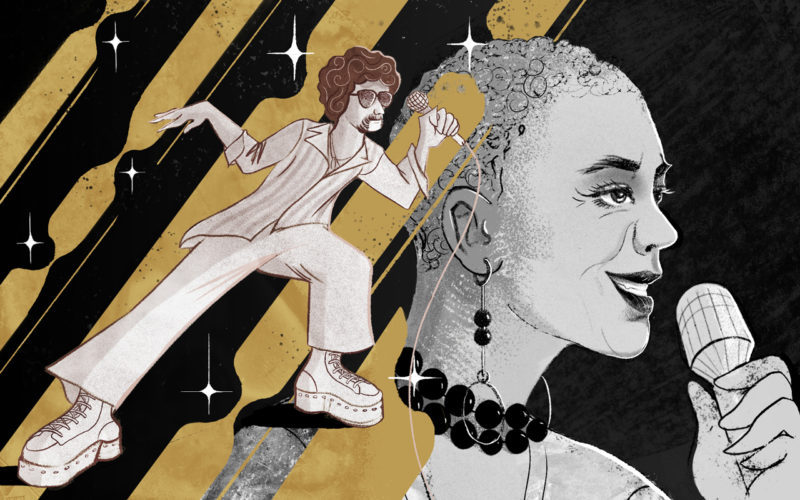 For the final installment of “Around the World with Jay Dee,” we venture to the U.K.

Jay Dee (aka J Dilla) explored quite a bit of classic rock music, sampling acts like David Essex and 10cc as well as soul artists such as The Mohawks. He also delved into modern acts including electronic-jazz-funk band Jamiroquai and avant-pop band Stereolab.

Busta Rhymes’ “Show Me What You Got” samples Stereolab’s “Come and Play in the Milky Night.”

Speaking on Jay Dee in the outro to the Dillagence beat tape, Busta Rhymes said, “He was always the one producer that was always able to find that pocket in terms of how the beat felt, that the average producer was never able to find… He was just one that was always able to capture that zone that felt like it was always right, and it can never be wrong.” Sampling Stereolab, an English-French avant-pop group, he interpolates the intro to “Come and Play in the Milky Night,” slowing it down and lowering it a few semitones. The twangy strum of the guitars now churns into a washed out drone, while still retaining the groovy bassline.

“I identify with the way they make music,” Tim Gane of Stereolab said of hearing his music sampled. “Rather than a band that makes songs. Like them, I tend to pick and mix. Everything is there to be used.”

The original sample from Stereolab’s “Come and Play in the Milky Night.”

“One day I can remember – he was usually in the R&B, soul jazz sections and I remembered he went to the rock side of the store,” Gary Koral, owner of the Melodies & Memories record store that Jay frequented, recalled to Fuse. “And he’s laying on the floor and I go, “Jay, what’re you doing on this side? And he laughs and goes ‘Man, I’ve been through all the jazz and R&B sections already – I’ve been through every album you’ve got!’”

As Jay Dee’s taste became more eclectic, he ventured into genres like British rock and prog. One such example is David Essex, an English singer and artist. Jay Dee samples a tiny fragment of the intro to Essex’s track “Rock On,” turning an adlib of the studio session into a vocal chop that permeates throughout his unreleased beat, “Rock and Roll.”

The original sample from David Essex’s “Rock On.”

Frequent collaborators of Jay Dee and heavyweights of the Detroit hip hop scene themselves, Frank-N-Dank teamed up with Jay Dee on this reinterpretation of Mike Oldfield’s “Incantations (Part IV).” Mike Oldfield was a British composer who dabbled in ambient music, electronica, and more. Here, what appears to be a marimba is chopped up into a subtle texture for the track.

One can only imagine Jay Dee buying this 1976 Caravan record at a shop, listening to the entirety of its 14-minute running time, and managing to find just a tiny sound that sparked an entire track. In the midst of this lengthy prog-rock jam called “A Very Smelly, Grubby Little Oik” is a harmonized vocal part singing, “flyyyyy.” Jay Dee isolates this one section and proceeds to loop it throughout the track, raising it a few semitones.

Jamiroquai is a British-funk band formed in 1992 that explored various genres like jazz, pop, disco, and electronica. The band was one of the more contemporary acts that Jay Dee sourced from – he sampled their work multiple times. On both “Purple (A Tribe Called Quest Remix)” by Crustation and “764,” he interpolated elements of the Rhodes piano stylings in Jamiroquai’s “Blow Your Mind” (Part 1 and 2).

How the sample was used in the Crustation track.

For Slum Village’s remix of Jamiroquai’s “Black Capricorn Day,” Jay Dee also sampled another Jamiroquai song called “Everyday,” once again taking the Rhodes piano and slowing it down by a few BPM.

How the sample was used in the remix.

Thank you for joining us in our “Around the World with Jay Dee” series. We hope you’ve enjoyed this journey with us, and we wish you the best in your continued ventures across music genres, record stores, and sounds. Stay tuned for more of Jay Dee from Splice. 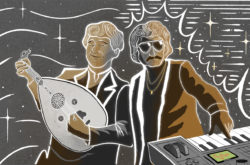 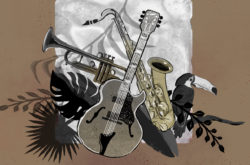 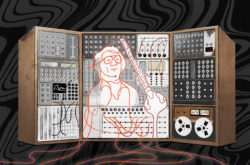