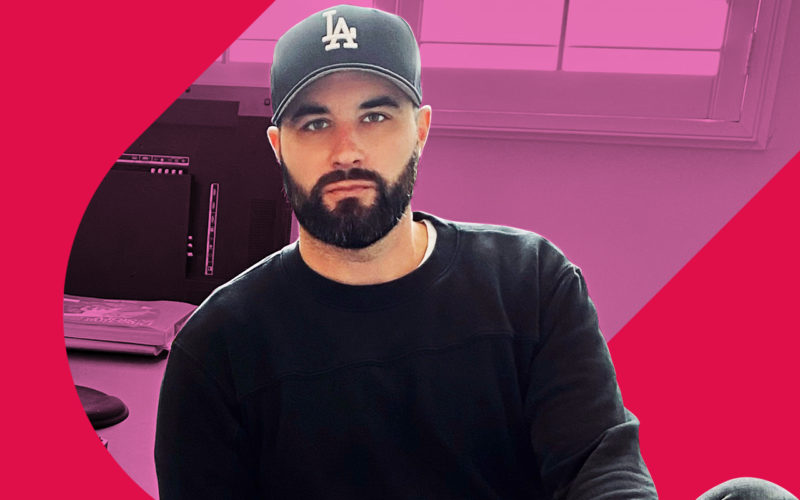 808 MAFIA is growing their family.

To celebrate the release of Southside and PVLACE’s collaborative pack with their newest signees Cecilia Hone, India Got Them Beats, and Muezly, we’ve sat down with president and COO Brock Luker to get the backstory behind 808 MAFIA, how he manages some of the biggest producers in hip hop, and more.

Be sure to tune in to The Inbox livestream on October 8th with Southside and PVLACE to get your beats heard by the crew.

Tell us a little about your background – I know you originally had a background in tech. How did you get into the music industry?

That’s right, I’m basically a computer nerd who fell into music. I started a social analytics company called Engodo in college that was acquired in 2014 by a company called ZEFR in Los Angeles. We primarily used our data to help large advertisers have impactful influencer campaigns. Music obviously influences much of the world’s culture, so partnering them with brands became a huge business. We were making musicians a lot of money via branded influencer campaigns and when you bring value upfront like that people want to keep you around. That led to building a ton of relationships in the industry. One of those early relationships was with Moe Shalizi. Moe and I are both entrepreneurs and builders at our core, so we built a music education platform called Creator Arcade with Marshmello during his meteoric rise. About a year later, I partnered again with Moe to work with Southside, and that’s how I came to oversee 808 MAFIA.

Tell us the story about connecting and building with 808 MAFIA. How did you and Southside initially meet?

Southside and I initially met during a trip to Miami for a brand campaign I was running with Reebok and Waka Flocka during the Ultra Music Festival in Miami. Anyone that has been to UMF knows that it’s essentially a four-day party, and I remember that while most of us were running from event to event, Sizzle would stay in the room and make beats all day long. He’s obsessed with his craft, so when the party came back to our hotel room, he would throw on a pair of headphones, go to the corner of the room, and keep making beats all night long. He was impossible to distract no matter what was happening around him. Seeing someone have that type of intense focus – I knew he was special, but at the time I had no idea that he would have such a significant impact in hip hop. We both moved to LA around the same time and we loosely kept in touch and would meet up for dinner every once in a while. Fast forward four years later – the timing was right, and here we are.

What does your day-to-day look like? Give us a day in the life of Brock Luker, from managing the biggest producers in hip hop to overseeing new talent in 808 MAFIA.

Every night I write down the five most important tasks that I need to accomplish the following day. I don’t stop working until those five tasks are done, or we’ve made significant progress. I wake up every day around 7:00 AM and immediately jump into meditation and reading. I read for an hour or two per day, more if I can. I keep an open schedule and don’t have meetings before 11:00 AM, which allows me to get my most important tasks of the day out of the way before I jump into the day’s meetings and calls. Most of my time is spent on developing our strategy and making sure that the people we sign and hire understand our vision and top KPIs.

Being a manager is about being the ‘CEO’ of the artist / producer, and to be a good CEO you need to have a vision and a plan for what you’re doing next. At the end of the day, the goal is to build long-term sustainable businesses in and out of music, so that when music is over your clients can continue to generate income. I’m extremely fortunate to have been in the right place at the right time, and to have the opportunity to work with such an exceptional talent like Southside. That is the foundation for everything else we’re currently building.

What advice would you give to an artist manager who’s new to the game? What sort of steps should folks take towards building a management roster like yours, or fostering a collective as influential as 808 MAFIA?

It all starts with trust and a shared vision for the future. Southside doesn’t work with me because I’m the best music manager in the world; he works with me because he trusts me. He knows that I know how to build businesses and he knows that if something needs to be done, I will do it. I trust him to do the music stuff and he trusts me to build the business. It’s a great partnership.

On the other hand, what advice would you give a producer or artist who’s trying to get their name out there? What steps should someone who’s starting out take to get bigger placements and opportunities?

I don’t think there is a recipe for success. There is only tenacity. I’m a firm believer that anyone with real grit can achieve just about anything. That being said, I think there are a couple heuristics I have top of mind that could be helpful to frame things. First, stop thinking of yourself as a producer and start thinking of yourself as a business / brand. If you’re a brand, you’re going to start asking yourself questions like, “What are my strengths?” We branded PVLACE as ‘the Michelangelo of melodies’ because making melodies is one of his greatest strengths, and the main reason other producers would want to work with him. Figure out what your point of difference is – where you really shine – and lean into that.

Also, the goal should be to become an executive producer. You shouldn’t just be a beat maker. You need to be able to create relationships that enable you to curate an experience for the listener. The most successful producers are executive producers who know how to put the right people in the right room and know how to get the best out of artists. This is where self-awareness comes in. Understand the mechanics of the music business and how different people are incentivized to work together. The more you know about how to get people to work together towards a common goal, the less friction you’ll experience. It’s definitely a muscle you build over time, but so worth it because the less time you waste, the greater your potential output.

Lastly, I think it’s important to develop your own artist. Going through the process will give you crucial knowledge about the different facets of the industry and how all those components work together. Producers should be focused on growing their catalog, and developing your own artist is a great way to do that.

What do you feel is your biggest accomplishment to date?

This is a hard one to answer because selling a company was a huge accomplishment for me when it happened, but it’s all relative. When I started in music, I knew next to nothing about the industry, and in only a couple years we’ve seen great success in 808 MAFIA, so I’m really proud of that entire journey. In 2019, we had a GRAMMY winner in Max Lord, 28 records that went Platinum, 19 songs in the Billboard Top 100, and were a part of seven number-one albums. In 2020, we had four GRAMMY nominations and we doubled down on our independence – we now have a label, a management company, and a publishing company, which allows us to own everything. I’m grateful for everything we’ve learned and achieved so far, and I hope that our biggest accomplishments are yet to come.

We’d love to learn about your newest signees to 808 MAFIA: Cecelia Hone, India GTB, and Muezly. What does it take to join 808 MAFIA? Tell us about your thoughts around inclusion in the music industry and making space for women in production communities.

Our mission at 808 MAFIA is to be the world’s most successful producer collective, and it would be foolish to think we can accomplish that goal while cutting ourselves off from 50% of the world’s talent pool. Hip hop is notoriously known for being a male-dominated space, but I believe that is changing with the success of artists like Cardi B, Megan Thee Stallion, and the rise of other female artists in hip hop. 808 MAFIA has been creating the culture of hip hop over the last decade, and we will continue to innovate in the space by being the first producer collective to focus on incubating and developing great female producers.

The number one thing we look for in producers is great musical talent. Cecilia is a classically-trained pianist, so I know that her ability to create melodies is going to be better than 99.9% of the people in the world. Her classical training sets her apart in hip hop and positions her to be a unique contributor to the space. Muezly is also extremely talented. She can put a whole record together by herself, meaning she can create the melody and drums as well as create a topline with her voice. She is also a songwriter, which is a superpower we need for our publishing company to be successful. India makes some of the hardest beats I have heard and she’s already multi-platinum, so working with her was a no-brainer for us. Her numbers speak for themselves.

Developing talent like that means that we don’t have to stay in one lane. We can venture into other genres of music and lean into developing music that pushes out the edges of hip hop. 808 MAFIA isn’t just a production collective; it is a full-fledged music business, and knowing that we can play in any space gives us more opportunities to win.

Get your beats heard by 808 MAFIA’s Southside and PVLACE: 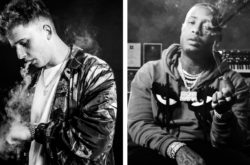 Get your beats heard by 808 MAFIA’s Southside and PVLACE

808 MAFIA’s Southside and PVLACE want to listen to your creations – submit your music at beats@splice.com to be heard. 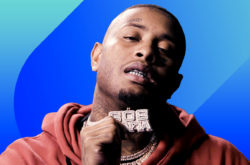 In celebration of 808 Day, we asked the members of 808 MAFIA to pick their eight favorite tracks that feature distinctive 808s.