Take A Daytrip (Lil Nas X, Juice WRLD) give us an inside look into their sessions

They’ve come a long way from their beginnings collaborating in college, garnering credits on tracks by various hip hop heavyweights including the likes of Lil Nas X, Juice WRLD, Sheck Wes, and 6LACK. This year, Take A Daytrip is nominated for a whopping four GRAMMY awards, in the categories “Album of the Year” (for Lil Nas X’s 7 EP), “Best Rap Album” (for YBN Cordae’s The Lost Boy), “Best Rap / Sung Performance” (for Lil Nas X’s “Panini”), and “Best Compilation Soundtrack For Visual Media” (for Spider-Man: Into The Spider-Verse“).

In the video above, the two sat down in our studio to discuss the GRAMMYs and how they produced some of their biggest hits including YBN Cordae’s “Kung Fu” and Lil Nas X and Cardi B’s “Rodeo.”

Incorporate Take A Daytrip’s hard-hitting sounds into your own productions. 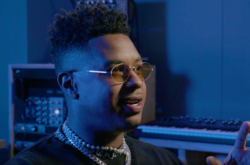 Fuego on his remixes and bridging Latin and American music

Fuego recently dropped by our studio to create some music and spoke on what motivates him to create his Spanish remixes. 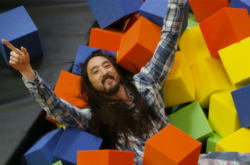