An in-depth look at 5 instruments from South India 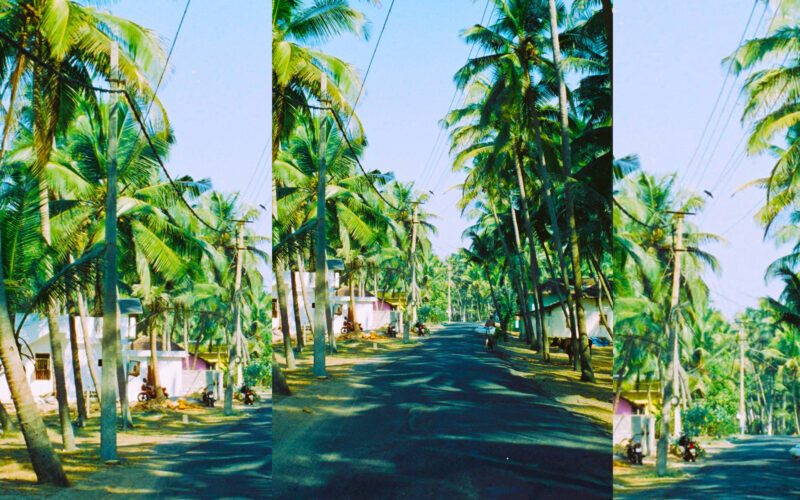 Following a detailed overview of the percussion traditions of South Asia, we’re back with another round of exciting instruments—this time with a spotlight on South India.

Like many musical traditions from the subcontinent, Asia, and beyond, many instruments and timbres originating in South India evolved from deep-rooted practices of worship of local and broader deities, and moreover, the demonstration of spiritual devotion through performance and dance. In this article, we explore five instruments that are united by their centrality to the ‘temple arts’ and ensemble (or ‘melam’) performance.

While the instruments in this list are played across multiple art forms and regions of South India, they all come together in ‘Panchavadyam,’ an ensemble style originating in the state of Kerala on South India’s Malabar Coast. Like many melams, Panchavadayam’s performance style is described as ‘pyramid-like’—in each rhythmic cycle (or ‘tala,’ the cyclical meter at the core of South Asian music), the tempo of the music increases as the number of beats decreases. With the Malayalam word ‘Panchavadayam’ literally translating into ‘five instruments,’ this article outlines the unique properties of the thimila, madhalam, elathalam, edakka, and kombu.

Origin: While specifics are unknown, the thimila possibly originates from Kerala due to its centrality in Panchavadayam performance.

Structure: The thimila is an hourglass-shaped dual-headed drum. Its body is traditionally carved from jackfruit wood, and its two drum heads are made from calf skin. Leather braces secure the skins to the drum body, and are also twined around the barrel of the drum to give the player control over the tension of the heads (which in turn control the pitch).

Performance: Using a shoulder strap, the player suspends the drum on their waist and beats both skins with their hands. Both fingers and palms are used when striking this drum.

Function: The thimila has a balanced sound that’s neither too high or low pitched. Therefore, this instrument is often the lead for Panchavadayam ensembles, with the players typically lined up at the front and center of the band while performing fast patterns.

Origin: Since the thirteenth century, the artisans of the central Kerala district Palakkad have been honing the craft of making this drum over generations. There are also alleged accounts of this drum being mentioned in the Mahabharata.

Structure: The madhalam is a cylindrical two-headed drum with a body made of jackfruit and a head made from cow or buffalo hide. There are three types of madhalam drums: toppi maddalam, vira maddalam, and suddha maddalam. Each is constructed slightly differently, varying in size and tonality. For example, the heads of the suddha maddalam have distinct pitches.

Performance: The madhalam is played standing. Due to its weight and size, the drum is suspended with cloth ropes on the player’s body and rested against their hip. Both fingers and palms are used to strike this drum.

Function: Generating earthy bass frequencies, this drum is considered a sacred instrument or ‘devavadhyam.’ In mythology, it’s said to evoke the sound of the deities Shiva and Parvathi. In ensembles, it typically reinforces the band by playing sparser and steadier rhythms.

Origin: While the edakka originates in Kerala, it’s believed to be a gift from the deity Shiva in Indian mythology. The drum is specifically associated with a few distinct castes such as the Marars of Ambalavasi, a ‘temple-dwelling’ brahminic community that historically owned the duty of performing Hindu sacred rites and arts. Today, caste barriers are less dominant in the performance of these art forms.

Structure: The body of this small, dual-headed cylindrical drum is traditionally carved from sandalwood or jackfruit, with softened animal hide used for both drum heads. Often compared to the talking drum or the pan-Indian damaru, this drum is pleasantly high-pitched and players can perform simple melodies extending about an octave. The edakka’s drum heads are said to represent the sun and the moon, among many other sacred beliefs.

Performance: The edakka is played standing, suspended with a cloth strap on the left shoulder. While this drum is dual-headed, the player strikes its upward-facing surface with a stick, traditionally held in the right hand. While playing, the performer loosens or tightens the string, band, or tape fastened around the drum’s body to generate different pitches. Players of this instrument have also created patterns or ‘kooru’ over time that now define edakka performance. The edakka is no easy instrument to master, due to its patterns being produced by a single stick—a skilled player must have an impeccable sense of rhythmic timing.

Function: Alongside the unique softness of its tonality, the edakka is prized for the variety of timbres it can generate. In ensembles like Panchavadayam, this drum provides both rhythmic patterns and melodic variation. It’s also used for more simple performances in daily temple rituals.

Family: Brass and woodwinds (or ‘horn-winds,’ in this case)

Origin: With horns being widely used across the subcontinent during times of war, it’s hard to locate a single origin for this instrument. In South India, the earliest-written documentation of its use is between the sixth and eleventh centuries, in the state of Tamil Nadu in the Thirumurai—a twelve-volume compendium of ancient hymns to Shiva. However, variants of the kombu exist across the Indian continent, each with their own origin story (such as the sringa, tutari, ranasringa, sig, singa, and kurudutu).

Structure: Originally, the kombu was made from the horn of a buffalo or cow, and subsequently bronze, brass, and copper. This distinct-looking tubular horn is shaped like a C, and occasionally an S. The thickness of the horn varies depending on the material.

Performance: A kombu player blows into the horn standing, with the horn in line with their upper body. The player hoists the horn’s mouth up to their face with one hand, and suspends its curved body in the air with the other.

Function: The kombu can only play three notes. Therefore, it’s primarily seen as a rhythmic instrument by its players, often used to embellish the drums and percussion in an ensemble. This instrument is also played in traditional kombu ensembles, led by an instructor who improvises patterns, which a chorus then repeats.

Origin: The elathalam originates in the states of Kerala and Tamil Nadu.

Structure: The elathalam is comprised of a miniature set of cymbals that can produce different sounds based on the playing technique. The cymbals are traditionally made from bronze, and are thicker than Westen counterparts, giving them a distinct timbre when struck against each other.

Performance: Players hold one cymbal in each hand and strike both pieces together. Traditionally, players stand on both sides of ensembles like Panchavadyam.

Function: While being distinct parts of Panchavadayam, the elathalam is never a lead instrument. Rather, it’s often relied on to keep time in dance traditions like Kathakali (from Kerala), or in melams or percussion ensembles of kombu and chenda players.

Were any of these instruments from South India new to you? What sorts of instruments would you like to see us discuss next? Let us know in the comments below.

Check out Splice Explores: South India to hear the sounds of these incredible instruments: 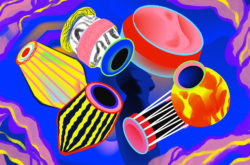