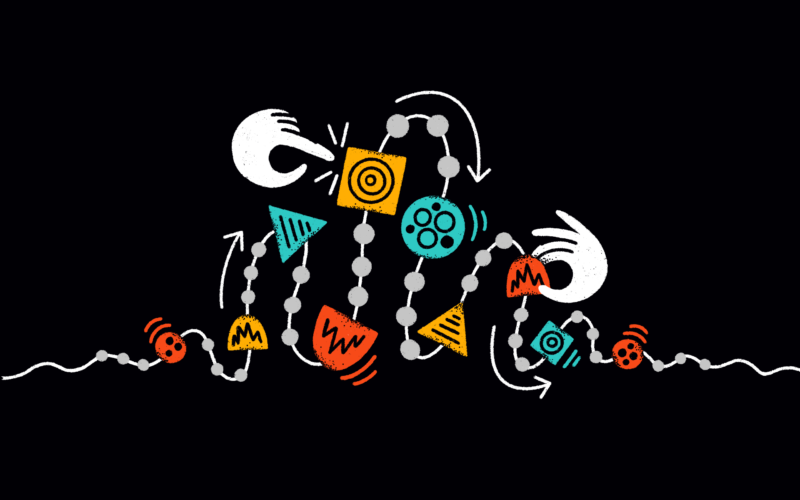 What is rhythm when it comes to creating music?

We hear the word used all the time in both creative and casual spheres, but its exact definition and all of the subtopics it encompasses can be surprisingly ambiguous. So, whether you’re a beginner or a seasoned musician, it may be worth asking yourself: What is rhythm?

The short answer is, rhythm is perhaps the single most fundamental element of music.

Rhythm tells us the timing for where to place notes and rests in music. While entirely rhythm-driven music exists (ex. music created by hand claps), you can’t really have music that’s ‘solely melodic’ – after all, how can we have a melody if we have no information about when its notes are going to strike? For this reason, it makes sense to define and learn about rhythm at the start of one’s musical journey.

To develop a crystal-clear understanding of the concept of rhythm, we’ll have to explore its primary subtopics—so let’s dive into that process below, starting with a particularly fundamental one: the “beat.”

Like the term ‘rhythm,’ we casually use the word ‘beat’ to refer to all sorts of things we hear. However, in the context of music theory a beat is a passage of music’s steady, primary pulse. If you’ve ever tapped your foot or clapped along to a song, you’ve probably done so in sync with the song’s beat.

If you’re not confident in your beat-keeping abilities, let’s use Avicii’s “Wake Me Up” as a simple exercise – try tapping your foot along to the song:

If you found your foot landing in sync with the thumping kick drum that entered at the chorus (0:39), congratulations – you successfully identified the beat! You may also notice the clap sounds, which occur in between each of the kicks. Combined with the kick, these outline a pulse that’s twice as fast; this secondary pulse is referred to as the beat division.

If you try counting numbers aloud to the beat of “Wake Me Up,” you’ll find that repeating the phrase “one-two-three-four” makes the most sense – you might even find yourself naturally gravitating towards it. Furthermore, as we heard with the claps, the beats are divided into even groups of two (we can best include the claps in our counting by inserting an “and” in between each kick – e.g. “one-and-two-and-three-and-four-and“). When the beats are organized in fours (one | two | three | four) and each beat can be divided into groups of two (one-and | two-and | three-and | four-and) in this way, we say that the specific meter type is simple quadruple.

While we’ll find ourselves counting to four for most popular music, there are also many songs that don’t fall under this umbrella. Take Billie Eilish’s “when the party’s over,” for example:

Notice how it feels more natural to count “one-two-three” with each phrase, as opposed to “one-two-three-four.” The division of each beat isn’t clear until Billie sings “Quiet when I’m coming home” (0:53), a phrase that delivers two evenly-spaced syllables per beat (you can easily replace the syllables in the line with “one-and-two-and-three-and-one”) – this confirms that the specific meter type is simple triple.

Simple triple meter can at times be confused with compound meters, because there can be a gray area where we’re unsure of whether we’re tapping along to a beat or its subdivision. In these instances, we make a determination based on which specific beats are emphasized by the music. If that went over your head, don’t worry; we’ll explore this idea in further detail another time.

What is rhythm in music? | Applying your knowledge

Listen to the following songs, and determine whether they’re in simple quadruple or simple triple meter:

Think you got it? See the answers below.

Now that we have a basic understanding of simple meters, let’s figure out how to communicate them in writing. Almost always, a piece of music will use a time signature that looks something like this:

How a time signature appears in sheet music

How a time signature appears in a DAW (Studio One)

Time signatures are expressed with two numbers that are presented like a fraction. With simple meters, each number conveys the following piece of information:

Let’s walk through an example – in the above images, we see a time signature of 4/4. This means that our music is in quadruple meter (i.e. has four beats per measure), and that a quarter note is equivalent to one beat.

This raises the question: what’s a quarter note?

In order to create a rhythm that’s more than just a steady beat, we need to be able to have notes and rests (silences) that are of different durations. In sheet music, we use unique symbols to tell us how long notes or rests last in relation to one another – see what they look like in the chart below.

Note that one whole note, two half notes, four quarter notes, eight eighth notes, and sixteen sixteenth notes are all equivalent to one another in their total duration.

Rhythmic values in the DAW

When we’re working in the DAW, we’ll most likely be using a piano roll, where MIDI notes (pictured below) are sequenced across a grid. Here, different rhythmic values won’t have different symbols; rather, we’ll be looking at the length of the MIDI note in relation to the grid to determine its rhythmic value.

Consequently, any blank space where a note doesn’t exist is considered a rest.

Enough talk – now that we’ve learned about some different note values, let’s hear how they sound in action. The same musical excerpt is displayed in both sheet music and on a piano roll below:

The vertical lines, known as bar lines, denote where one measure ends and the next one begins. Measures are typically numbered so that we can easily reference specific moments in the music.

Piano rolls not only have bar lines, but many other vertical lines that give us insight into the specific beat number and subdivisions.

How to create a basic rhythm

Now that we’re familiar with some common rhythmic values, we can arrange and combine them to create some more interesting rhythms.

While you can do a lot with the rhythms we’ve covered so far, you may have noticed that they’re somewhat restrictive. For instance, what if you wanted a note to last for one and a half beats? Dots can help us achieve the nuance we’re looking for.

Let’s hear how some commonly-used dotted notes sound in practice:

Last but not least, one important element of rhythm that we haven’t addressed yet is tempo, or the overall speed. In a DAW, we define the tempo by setting a BPM, an acronym that stands for “beats per minute.” Most projects are set to 120 BPM by default.

Here’s what a simple drum groove played at 120 BPM sounds like:

The speed at which a rhythm is played can totally transform its character. For example, here’s the same exact groove played at 90 BPM:

And here it is one more time, played at double the speed, 180 BPM:

Stylistic factors can contribute to how fast or slow you want to set your tempo. For example, if you’re creating an energy-packed drum & bass track, a tempo somewhere between 160 – 180 BPM might be a good starting point. On the other hand, if you’re looking to create a gentle waltz piece, you might set your tempo closer to 90 BPM.

In sheet music, tempi (the plural for tempo) are often a little more approximate. Though sometimes a specific BPM is notated, more often than not you’ll just see one of the following phrases at the top of the sheet that indicates the rough speed at which the piece is intended to be performed:

Let’s wrap things up by putting together everything we’ve learned. In the following rhythm, we combine regular notes, rests, and dotted values under a time signature of 4/4 and a tempo of 120 BPM.

This is, without a doubt, a lot to take in (we’re speeding through what traditional music courses might spend days or weeks on). Definitely take the above example one beat at a time, and refer to the different sections of this article to understand why each part in the passage is expressed in the way that it is.

So, what is rhythm? | Wrapping up

Once you feel pretty good, give yourself a pat on the back! While this is just an introduction, we’ve come quite far from when we posed our initial question of “What is rhythm?” Not only should you now be able to define rhythm and its core subtopics, but you should now also be well equipped to begin reading and creating rhythms.

That said, even if you’re not 100% confident, know that applying these concepts in the DAW firsthand will also be super helpful in reinforcing the material – as they say, you can’t learn how to ride a bike by just reading about it. In a separate post, we’ll specifically focus on using these abstract concepts to compose a drum groove in the DAW.

If you’re reading “What is rhythm in music?” as part of your journey towards creating your first track, go back to the curriculum that corresponds with your DAW and proceed to the next step: 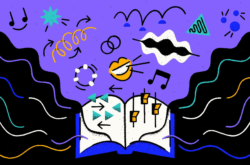 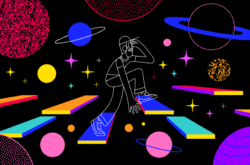 What is melody in music: A guide to pitch, scales, and keys

Melodies are often what keep us coming back to our favorite songs—in this article, learn about all of the different aspects that constitute a melody.