This week we had the opportunity to catch up with avid Splice collaborators Ed Essey and Nick Dallett of Cats Cradle Robbers. They have recently released their track Laudanum Escapade to the Splice community, which comes from their latest album Seen and Unseen and features vocal and instrumental contributions from Eliza Heery and Cathy Breshears. The project showcases their creative approach to sound design and sampling techniques and embodies some of their unique methods for inspiring creativity and pushing the boundaries of collaboration. Sign up for Splice to download the full Ableton Live project, then check out the interview below to gain a glimpse into their one of a kind writing and production processes.

Can you tell us about this project?

Laudanum Escapade is about a bored housewife experiencing a luxuriant state induced by self-medication and finding wonder in the everyday moments of the world around her. This track is part of our recently released fourth album Seen and Unseen that covers a range of experiences of the spirit, ranging from trance-like states, ecstatic visions, and sacred texts.

Laudanum Escapade is one of our more mainstream songs, so we think it might be easier for producers to get their heads around than some of our other material. We’re really excited to hear what the Splice community can do with the funky basslines, groovy beats, and delicious vocals. We hope to feature the best remixes on a future album.

Tell us about Cats Cradle Robbers. How did you start working together? How do you capture such a unique sound?

Cats Cradle Robbers started when Ed reached out to Nick and our mutual friend, guitarist Kelley Vice, back in 2007. Ed was learning to build loops in Ableton Live and wanted experience working with live musicians. We got together at Nick’s and jammed, It was more or less awful, but we got a quick read on what might work and what might not.

From that point, Ed and Nick got together periodically and mostly collaborated on Ableton loops. We gradually started to move from loops to arrangements (in Nick’s words “music with a plot”), and started to pull in real instruments. Mille Boba from our Spring 2014 release Jack in the Bucket was actually the first thing we ever recorded with a microphone and a live instrument.

Nick collects unusual and one of a kind instruments, and he’s long been interested in using everyday objects in a musical way. He had the idea back in the 80’s of having a group of musicians improvise using only things found in a certain room of a house, and we’ve developed that idea into something we call a “boil” – we boil a room by sampling things found in that room, and create music using only those samples. Boiling the Ocean was our first boil – you can see a “making of” video on our YouTube channel.  Honeydew Waltz, also up on YouTube, is the boil during which we invented the instrument we call the 2xtar. Every one of our albums so far includes one boil.

We travel light – one mic and a mac laptop – so we can pick up and go where the music is. We’ve recorded in stairwells and peoples’ living rooms. We have a couple of pocket digital field recorders, and we’ve both taken them on international trips to capture sounds when the fancy strikes. Nick captured some of the animal samples in Laudanum Escapade in Honolulu using the video camera on his cell phone.

It’s not all weird samples, though. We do some more typical recording with ourselves and other musicians, usually improvised. Once the music is recorded, we let creativity take hold. We might leave the tracks just as they were played, or we might mix them up quite a lot. Some of Nick’s best guitar solos were ones where Ed improved them by putting notes or phrases in a different order or by reversing some samples. 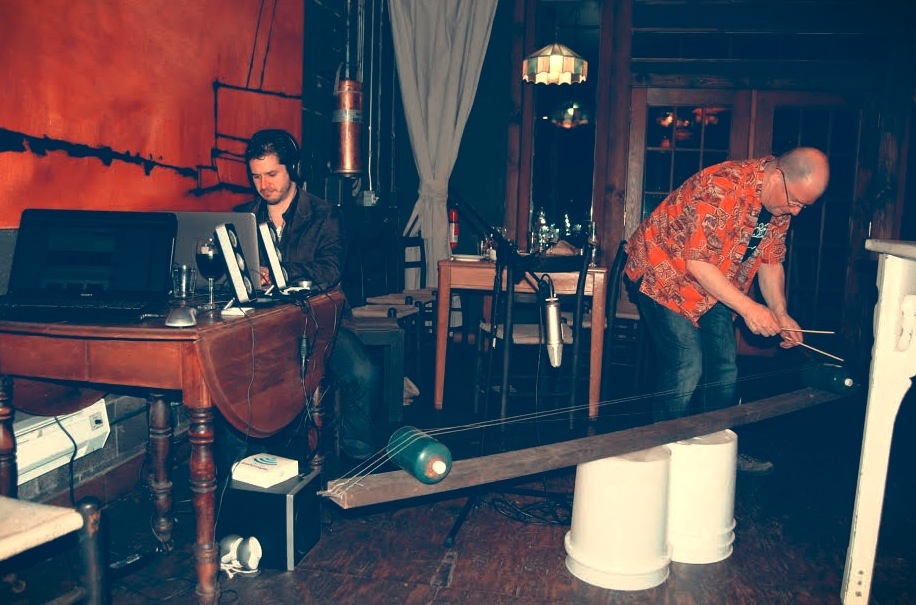 How has Splice impacted your workflow?

Our attempts to collaborate prior to Splice have been quite involved and textured. After Nick left Microsoft (where we met and where it was simple to meet up for a quick production sessions whenever we wanted), it got harder to find ourselves in the same location for collaboration, so we started to look for ways to collaborate remotely. Our first efforts were pretty clunky:

These all failed pretty badly for various reasons, but all had aspects that seemed interesting. We talked about building a service to use GitHub as the basis for a collaboration system, but then we found a site that had already built a lot of what we needed. That other site required us to have individual dropbox accounts, though, and since our projects can get as big as 6GB, that started to get expensive pretty fast. That site also forced an open source model on projects, so it wasn’t well suited to the two of us building albums together.

Later we found Splice, and it’s the first service we’ve found that makes collaboration a really seamless experience. Unlimited storage, really simple versioning… take it from two experienced software engineers and active music producers: you guys are the first ones to get it right!

What do you hope the Splice community gets out of this public release?

On top of one of our favorite musical pieces to date, there are three things that stand out about this opportunity: First, that Eliza and Cathy’s vocals are delicious, and we think that the Splice community will really enjoy working with them. Second, that the collection of sampled animal sounds, such as native Hawaiian creatures can be a really fun kit to use in this and other projects.

Finally, there is so much creativity in the electronic music community, and we’re really psyched to see what new directions this track will take. We love collaborating with other artists who can help push us into creative spaces that we wouldn’t get to on our own. We hope to feature the best remixes on a future album, and maybe even make a connection that will turn into an ongoing collaboration.

Any other upcoming projects in the works for you guys?

As a duo, Cats Cradle Robbers has a few plans in place: We’re working on our first real EDM project, sticking to some more mainstream house styles. And we still have a backlog of what we call “seeds” – really promising musical ideas in various states of creation – that will fuel future album projects. After eight years of creating together, we’ve started kicking out an album every 6 months as we take these seeds and make them into final pieces.

DJSE has recently begun a musical collective as part of The Garage at Microsoft. Garage Grooves comprises hundreds of musicians across Microsoft who are all producing music together. Currently, Garage Grooves is gearing up for a Fall release to benefit charities that help children discover the magic of making music. Splice has quickly become utterly invaluable in helping this collective collaborate with each other, and we know that it will help us land this album.

We have some more ambitious dreams as well. We’d love to figure out a way to take the improvisation and sampling we do and turn it into a live performance. Imagine having audience members bring in random objects and see us creating music with them live on stage. And we’d like to find a choreographer who is interested in adding movement to the audio landscapes we’re creating – maybe someone like Sonya Tayeh who has a strong contemporary/tribal aesthetic. Working with filmmakers, animators, game designers… basically any way to take the creativity and push it further – that’s what we’re about.

We’d like to give a huge thank you to Ed and Nick of Cats Cradle Robbers for offering us all an insight in to their creative processes and for all of the positive feedback. We’re looking forward to checking out many more releases from you guys on Splice! 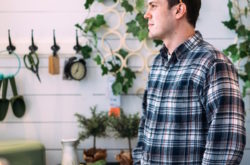