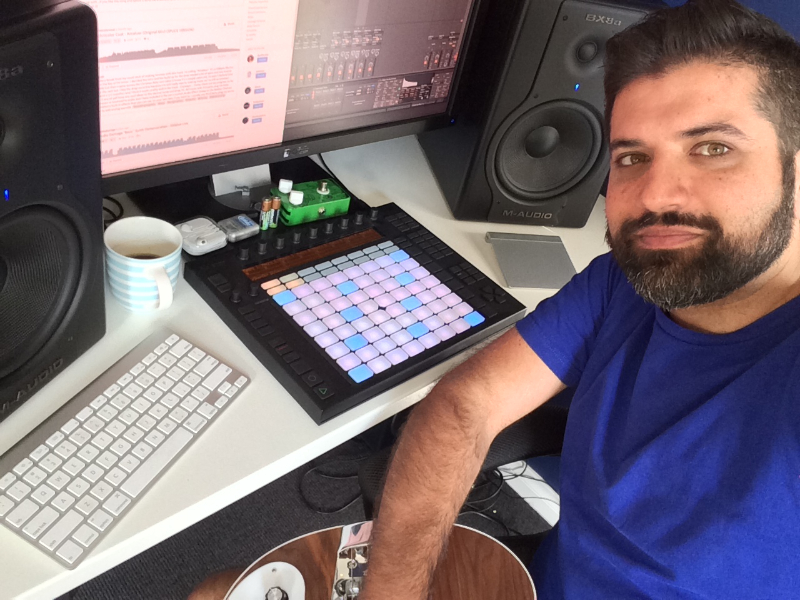 Shawn Durrani is an active Splice user who has released many works in progress on the platform. We had a chance to speak with him in order to learn about his approach to music production and understand his thorough process around releasing on Splice for feedback and collaboration. You can sign up for Splice and dive in to one of his numerous projects (below). Continue reading to learn about his influences, studio and Splice workflow.

Splice: Can you tell us about your music and production background?

Shawn: My first musical experience was with a college band.  I started off playing upright bass in a jazz-funk-dub band named Free Radicals in Houston, TX (1998-2001) and later electric bass in math-punk band named The Jonx (2002-2004). The Free Radicals was a great experience in that gave me exposure recording in a studio and how the process worked – we used 24 tracks on two inch tape, multiple racks of  analog gear.  However, in 2004, I gave away my musical gear, moved to Australia and stopped playing and stopped listening to music as much; I think I was just burned out.

About five years ago, I started to miss music and was fascinated by the idea of getting an Akai MPC2000. This stemmed from my love of hip hop – think Company Flow, Aesop Rock, Madlib, J-Dilla, Mos Def, Cannibal Ox, Prefuse 73, etc. Unfortunately, I couldn’t afford an MPC so I ended up getting an Akai MPK49 and the demo version of  Ableton Live 7.  However, I didn’t focus on it much, instead, I impulsively bought an Ableton Push when looking to upgrade to a full version of Ableton Live 9 after dealing with some personal trauma at the start of 2014. The Push is the reason why I’ve started to focus more on music production, as up until now I simply couldn’t ‘connect’ with electronic controllers.

Splice: How has Splice affected your personal workflow when working on your tracks?

Shawn: Firstly, Splice has streamlined the way I manage my files and how I share my songs.  I used to use Google Drive to store tracks and Soundcloud for song publication but Splice has replaced those two platforms with a simple, clear integrated solution from track creation to song publication.  I also love that you can use the Splice client to easily reopen tracks that were made on another computer without any issues.  It’s nice not having to worry about losing or messing up files and just focus on the music.

Secondly, Splice has helped me let go of some of the anxiety around my music as not being particularly polished, complete or even good. The Splice concept that everything can be shared, reused, remixed and deconstructed brings a level of equality among its participants. You can splice a session, study and learn from it which is a huge benefit for novices like myself.  When you contribute to the  Splice community, everyone is willing to help, mentor and provide feedback. This has helped me remove some of the emotional burden from my creation process as I feel more relaxed and ultimately allow me to make music that is better.

Splice: What was your experience like sharing your work with the Splice community?

Splice: How did the Splice community respond to your public releases?

Shawn: I was completely blown away by the positive feedback from the Splice community. The people were willing to have a listen, comment, collaborate and splice my tracks.  In one particular case, I had a fairly mediocre sketch, called “Cross Referenced,” that was spliced by two different people (Whitelighters & Concreteglass) and republished back on Splice — their new versions were such a departure from what I would normally do. I was utterly floored how my material could be reshaped and rearranged into something that more closely resembled a song. The buzz you get from someone liking your material enough to remix or splice it is an incredible inspiring learning experience, not to mention flattering as well.

Splice: Did it change the way you use Splice?

Shawn: From start to finish Splice has quickly become an integral part of my music production workflow. I can’t go back to not using Splice – it’s part of my production process and is helping me learn to be a better musician and is a core part of my home studio setup.  During the start of my creation process, Splice underpins my project files and keeps them organized, versioned and backed up and when I am ready to finish a sketch, song or idea, Splice allows me to easily publish and collaborate on material.  Once you consider the wealth of knowledge you receive from splicing and learning from other musicians out there, especially established professional producers, it’s easy to see how Splice will play a significant part in helping me grow as a musician.

Splice: Thanks Shawn for sharing your input and experiences with Splice. To all, feel free to check his latest release here and his profile here. 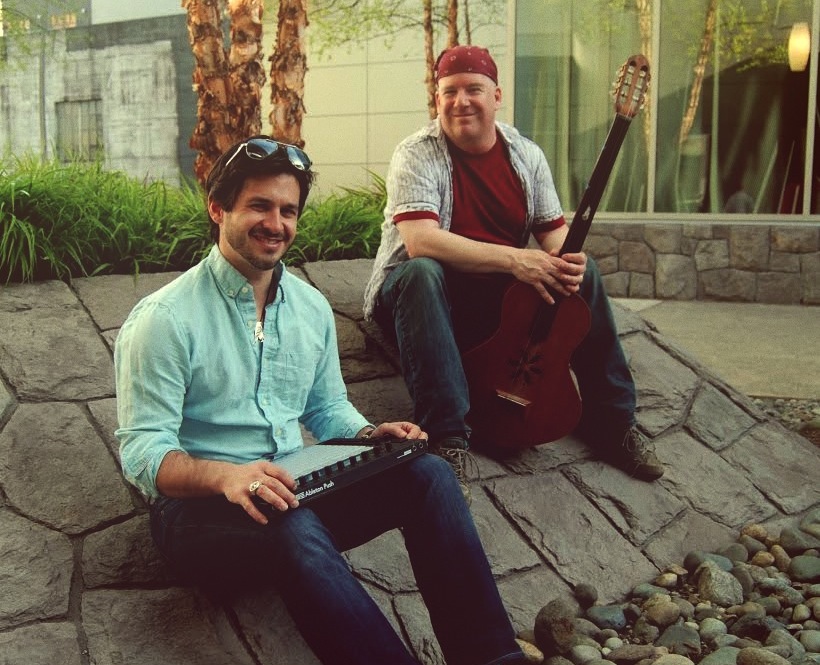 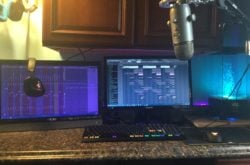