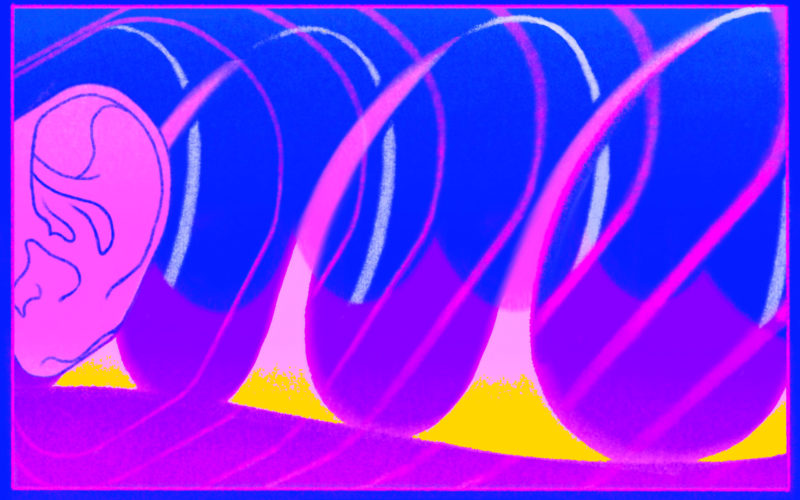 This clever auditory illusion tricks your brain into thinking a sound is always rising or falling in pitch.

A Shepard tone always seems like it’s heading up or down towards a particular note, but in reality it’s just an endless loop of sound that never reaches any kind of destination. How is this even possible? In this article, let’s explore the techniques behind this perplexing illusion, the ways it has been used creatively, and how to make your own.

See the table of contents below to easily navigate to a specific section.

What is a Shepard tone?

This phenomenon is named after cognitive scientist Roger Shepard, some of whose research involved studying how humans use senses like sight and hearing to perceive and interpret their environment. One outcome of his work was the Shepard tone, which is essentially a set of sine waves layered on top of each other and separated by octaves.

To achieve the desired effect, you need to move these pitches up or down (like a scale) while also adjusting the loudness of each note. The result is almost like an endless staircase of sound:

The sound of a simple Shepard scale

How the Shepard tone works

You can basically think of Shepard tones as the audio equivalent of a barber pole. In that illusion, our brains interpret the diagonal stripes on the rotating pole as moving vertically upward (and even ‘disappearing’ as they reach the top), even though they’re really just moving around the pole. In a discrete Shepard scale (seen in the image above), this same illusion is achieved by fading each scale in and out to create seamless transitions that loop perfectly, without giving you any sense of where a scale starts or ends.

French avant-garde composer Jean-Claude Risset contributed another form of the scale known as the Shepard–Risset glissando. In this version, the pitch glides smoothly from note to note to create a more impressive (and haunting) effect:

How Shepard tones have been applied creatively

From the foreboding rumble of low percussion to the haunting scrape of dissonant violins in a motion picture soundtrack, sound can be used in many ways to evoke feelings of tension or suspense. The concept of the Shepard tone can be particularly effective here, since it’s not tied to a particular instrument and can fade into the background of a mix while still providing a sense of anticipation.

For instance, we can look to some of Christopher Nolan’s films for examples of the Shepard tone as both a soundtrack and sound design element. The sound designer on 2008’s The Dark Knight worked with Nolan to create an engine roar for the iconic Batpod that would continue revving upwards in intensity without seemingly stopping. This was achieved by creating a Shepard-like pattern from a number of real vehicle recordings.

The illusion surfaces again in 2017’s Dunkirk, where composer Hans Zimmer layers his Shepard tones into the background throughout the soundtrack to match the continuous, tense nature of the film:

The use of this illusion doesn’t stop at movies. One sequence in the Super Mario 64 video game keeps you walking up an endless staircase if you don’t have enough stars to advance, and the accompanying music leads with a discrete rising Shephard scale.

How to make your own Shepard tone

You can create your own discrete Shepard scale by copying the MIDI notes and velocities from the screenshot we presented previously into your DAW. Making a Shepard–Risset glissando from scratch is going to be a bit more complex, but thankfully there are some Max For Live devices out there to make things a bit easier, along with specialized filter plugins that take the Shepard tone to new heights.

Hopefully this article helped you realize that behind the Shepard tone’s haunting effect is a surprisingly simple recipe. If you’re interested in taking a look under the hood of other popular audio illusions, be sure to also check out our articles on the phantom fundamental, temporal induction, and binaural beats.

Do you have any lingering questions on this phenomenon? Have you heard Shepard tones used in a song, video game, or film we didn’t mentioned here? Start a conversation with other audio-minded individuals on the Splice Discord. 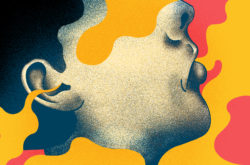 Let’s take a look at the anatomical and acoustical reasons behind why most people don’t like the sound of their own voice.