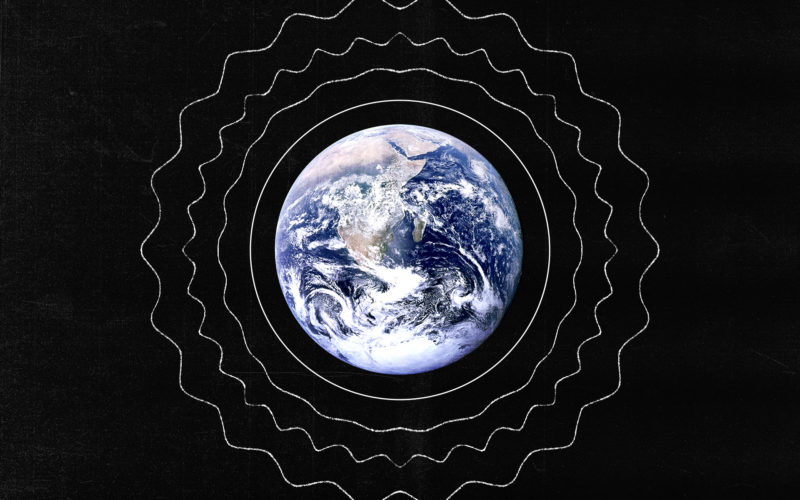 It’s been called things like “miracle music,” the “sacred tuning,” and “love and healing.”

It’s been referred to as a “flat Earth theory for musicians” by the likes of Adam Neely. It’s been said that musicians including Mozart and Verdi swore by this tuning. It’s spawned countless controversies and articles propagating all sorts of claims about its healing benefits. We’re talking about A4 = 432 Hz, and there’s a lot of (mis)information on the internet about it.

In this article, we’ll outline some of the most popular claims about the history of 432 Hz tuning, grounding them in facts wherever possible. We’ll discuss what’s real about tuning your music to A4 = 432 Hz, demonstrate why certain claims don’t make sense, identify some of the real reasons why you might want to use the alternate tuning, and provide a few ways for you to give it a shot yourself.

Feel free to use the table of contents below to easily navigate to a particular section.

Feeling ready? Let’s dive into the mysterious world of 432 Hz!

In music, tuning standards define the precise frequency of a single musical pitch (typically A4), so that all of the instruments that are performing a piece are in tune with one another. In modern music, the default tuning standard is A4 being tuned to 440 Hz. However, a small but vocal minority swears by tuning A4 to 432 Hz, for a variety of reasons.

One of the most common claims made by 432 Hz proponents is that ancient societies tuned their instruments to A4 = 432 Hz. There is evidence that some ancient societies did have devices that we might consider analogous to tuning forks. Unfortunately, there’s little evidence that these devices were in fact tuned to A4 = 432 Hz. Several independent researchers are frequently credited as having discovered that one society or another used 432 Hz tuning, but none of the evidence appears to have been published or peer-reviewed, making these researchers’ claims difficult to accept at face value.

What’s more, although it’s true that many societies did have sophisticated music, it would have been impossible for truly ‘ancient’ civilizations to tune specifically to 432 Hz. The ancient Greeks and Egyptians, for example, measured time using water clocks, which dripped water at a steady rate. This technique allowed, for instance, priests to know the appropriate hour, but could not have provided the level of resolution necessary to measure one second, let alone an exact number of cycles per second—meaning that any tuning systems they employed would have to be inexact.

Versions of tuning forks may have existed well before they were ‘officially’ invented by a British musician in 1711, but until the advent of the tonometer in the 1830s, there was no streamlined way to tune instruments to exactly 432 cycles per second.

Classical composers and their alleged preferences

432 Hz theorists frequently reference Mozart and (especially) Verdi as examples of classical composers who understood the ‘sacred geometry’ of this tuning. Although it’s true that some classical composers expressed preferences for specific tunings (yes, including Verdi), the fact is that tuning standards varied widely during the Baroque and Classical periods. We know this based on the research of Alexander J. Ellis, who measured preferred tunings over time for several different nations.

Although Ellis didn’t make any argument for the superiority of any concert tuning over another, his data is frequently cited by 432 Hz proponents as supporting evidence for a number of claims. However, it’s clear from Ellis’ research (visualized on this graph) that concert pitches weren’t standardized during this period.

Again, tunings appear to have coalesced around the time of the tonometer’s invention, which helped produce more accurate tuning techniques. There’s no evidence that Verdi or any other classical composer believed in any of the ‘sacred geometry’ claims about A4 = 432 Hz.

Other 432 Hz enthusiasts reference something known as the Schumann resonance, calling it things like ‘the heartbeat of the Earth’ or ‘the pulse of Gaia.’ Now, the Schumann resonance is a real, scientifically-sound phenomenon caused by electromagnetic waves from storm activity. The wavelength required for these waves to resonate must be as long as, or a multiple of, the circumference of the Earth. As it happens, the fundamental frequency of these resonances works out to be around 7.83 Hz.

Can you guess where this is going? Typically, 432 Hz proponents will simply round this fundamental frequency of ‘the Earth’s heartbeat’ (actually, a fairly apt name) to 8 Hz. 432, of course, is divisible by 8, so the logic is that 432 Hz must be in tune with the Earth’s healing pulsations (note that 440 is also divisible by 8).

Even if there did exist some sort of natural or supernatural resonance between humanity’s musical vibrations and the Schumann resonance, using 8 Hz to calculate the relationship between the two is an example of confirmation bias—fudging the numbers to justify an existing claim.

Other instances of questionable numerology

Fuzzy math and non-sequitur numerology run rampant in the stranger corners of 432 Hz-related literature. In researching this article, I came across claims that 432 is related to the diameter of the moon, the length of a kali yuga, and the diameter of the sun, usually by rounding the actual number and dividing the integer result by 432. Even some outlets that otherwise tend towards truth claim that A4 = 432 Hz is a superior tuning because, for example, 432 is the sum of three primes, or because 432 is three gross.

Math is fun, and some of these numerical relationships are pretty interesting coincidences. However, these numbers simply don’t prove any relationship between concert pitch and natural or cosmic phenomena.

Proponents have also attempted to demonstrate the value of 432 Hz tuning through videos depicting experiments that usually use water or sand. In these experiments, the water or sand is placed on a plate and subjected to vibration at a given frequency. When a mode is excited by the vibration, the sand or water will appear to ‘organize’ itself into an interesting-looking pattern—here’s an example.

Although these kinds of videos are perhaps among the most convincing arguments for the alleged beneficial properties of 432 Hz-based tuning, these patterns prove nothing about the supposed natural or geometrical superiority of A4 = 432 Hz. The fascinating patterns that occur are explained by a field of study known as cymatics, which deals with vibrational modal phenomena. Cymatics shows us that the patterns that supposedly prove the ‘sacred geometry’ of 432 Hz are influenced by the frequency of the vibration and the physical characteristics of the vibrating surface.

In other words, the surface in the video above produces cool-looking patterns when vibrated at 432 Hz because its size means that it’s ‘tuned’ specifically to vibrate at that frequency. In fact, a slightly differently-sized plate could be ‘tuned’ to vibrate at any other given frequency, including 440 Hz.

All of this said, it would be a mistake to overlook the real potential benefits of using 432 Hz tuning. Hopefully, it goes without saying that any musical technique that fosters inspiration and creativity should be encouraged. Now that so many musicians work in A4 = 440 Hz tuning without even thinking about it, trying an alternative tuning might help your music stand out from the crowd.

Tatsuya Takahashi of Korg discusses how alternative tunings can be used as a source for inspiration in this interview with Aphex Twin. “I will say different frequencies sound different,” he says. “So, why not use that in your music? You got to use whatever feels right.”

Anecdotally, listening to A4 = 440 Hz music in 432 Hz can feel richer and fuller for me. If I had to guess, I’d say that I might feel this way because the harmonics in the audio signal come closer together as the pitch is transposed slightly down. If you’ve read to this point, I recommend trying a composition in 432 Hz and deciding for yourself.

There’s no need to stop at 432 Hz specifically, either. Tune your music to whatever concert pitch you want, and pick whatever sounds best to you.

Regardless of any audio conspiracy theories, it’s always a good idea to experiment with your own music and try new ideas out for yourself. If you’re interested in exploring alternative tunings including A4 = 432 Hz, Logic Pro X’s master tuning feature might be the easiest way to do so. Use the Software Instrument Pitch parameter under Project Settings → Tuning and adjust your concert pitch to any tuning of your choice:

If you don’t have Logic or another DAW with a global pitch slider, you could try setting it directly within your plugins of choice. Many will have a tuning parameter that allows the user to set a specific concert pitch. For example, you can find it in the popular synth Serum under the GLOBAL tab in OSCILLATOR SETTINGS:

Music is about joy, changes, experimentation, accidents, surprises, and differences. So, despite all the misinformation that exists around the paranormal properties of A4 = 432 Hz, you should still consider taking the time to try out alternative tunings yourself. The fact that A4 = 440 Hz is an existing standard doesn’t mean that this tuning is inherently more suitable for creative expression than any other, especially in a digital world where adjusting many instruments’ tunings at once can be as easy as moving a slider.

Do you have any questions about 432 Hz? What sorts of topics would you like to see us cover next? Start a conversation with us and a community of music creators via the Splice Discord. 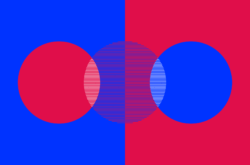 What are binaural beats? | Exploring their legitimacy and how to create your own

Let’s discuss what binaural beats are, how to create them, and whether they’re a legitimate phenomenon or merely an auditory illusion.